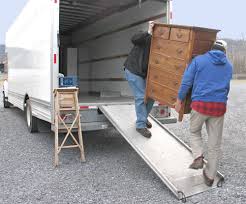 I have not posted for a while since I’ve been moving to a different area, and had not had time for much else. Today the movers finally delivered my furniture five hours after the scheduled time – little did I know it was Godot’s Van Lines.

Blogging shall resume between bursts of unpacking, and I thank you for your patience and support.

The only LatAm article I’ve read today was that Vicente Fox wants to become the RJ Reynolds of marijuana:

“This product cannabis has to be integrated into NAFTA.”

Fox – Foul-mouthed, corrupt and looking for NAFTA: What a guy!

The makers of Corona, the beer that made Cinco de Mayo a holiday, may have to move out of Mexicali over a water rights dispute:
Mexican Farmers Fight to Oust Border Brewery. Water-rights protesters invoke Trump in effort to get U.S.-owned plant out of Mexico (emphasis added),

Earlier this month, planters clogged the parking lot at the office of the governor of Baja California state with tractors, reapers and other farming equipment. They erected a banner demanding that Mr. Trump stop a large brewery being built here by Constellation Brands—the third-largest U.S. beer producer and the brewer of Corona, the best-selling beer in Mexico—much as they saw him forcing Carrier Corp. and Ford Motor Co. to back away from plans for new facilities in Mexico.

Constellation has begun construction on a $1.4-billion plant in Mexicali that the company says will provide 750 permanent jobs and is crucial to supply growing markets on the U.S. West Coast. None of the beer to be brewed in Mexicali is destined for the Mexican market.

“The government hasn’t spent one peso on improving the state’s irrigation systems but for this project, they’re spending 500 million pesos ($26 million), with most of the water destined for the Constellation Brands plant,” said Nancy Sánchez, who represent Baja California in Mexico’s Chamber of Deputies.

In other news,
They found a 120-foot-long escape tunnel found under Mexican prison

Prison officials in the northern Mexican state said more than two dozen inmates escaped through the underground passageway.. Twelve of the 29 escaped prisoners have been recaptured.

Three Mexican journalists have been murdered this month: Miroslava Breach Velducea, Cecilio Pineda Brito and Ricardo Monlui Cabrera. Monlui Cabrera’s son had been kidnapped and left for dead in 2010.

I wonder what Fox’s reaction would have been when Fox was running for office, if a former President of the U.S. had challenged him to a debate on Mexico’s immigration policy,
Former Mexican President Vicente Fox Challenges Trump To Debate

“I’m willing to come here, to come here, to the States, if it’s for a debate,” Fox stated on WABC radio’s Election Central with Rita Cosby. “A direct personal debate with him.”
. . .
Fox said he hoped the debate would lead to Trump listening and engaging in a discussion with facts and numbers and not just be “lying and cheating to people, saying blah, blah, blah.”

As much as I dislike Trump, I wonder at times if Fox is on the Trump payroll, because while Fox may be playing to his home audience, this sort of thing helps Trump here.

While Mexican media uses Trump as a distraction, it appears that the political class is changing its tune:

First Vicente Fox said he wasn’t “going to pay for that f**king wall.”

“I apologize. Forgiveness is one of the greatest qualities that human beings have, is the quality of a compassionate leader. You have to be humble. You have to be compassionate. You have to love thy neighbor,” Fox explained to Breitbart News while sitting in the hotel of the J.W. Marriott in Santa Monica, California on Wednesday afternoon.

Then he went on O’Reilly, invited Trump to visit Mexico, and promoted the amnesty bill while at it,

Fox was not alone: Mexican officials are focusing on the positives in the U.S.-Mexico relationship, avoiding direct references to the presidential campaign.

In an interview with The Hill Monday, Secretary of the Economy Ildefonso Guajardo said “it’s not very convenient for foreign officials” to comment on U.S. elections. He said they will instead focus on the massive economic potential of the U.S.-Mexico partnership.

“The mere fact that Mexico has become an item in the debate should be an opportunity to reinforce the U.S-Mexico relationship. In a way, underlying that reality is the fact that whatever happens in Mexico has an impact in the U.S. That in itself is good,” said Guajardo.

While I oppose open borders, I also oppose Trump’s boorishness. (Related: A Vote for #Neither)

Linked to by Da Tech Guy. Thank you!