The UN believes statistics put out by totalitarian regimes, so, obscene as this may be, it comes as no surprise:
UN Elects Cuba to Chair World Health Assembly Even as Cubans Lack Aspirin, Basic Health

“The sole candidate” makes me suspect that no one reputable would risk their credibility chairing this farce, n’est-ce pas?

UN Watch condemns “UN handing propaganda victory to a dictatorship” and lists several instances of the abhorrent medical conditions Cubans must endure in the island-prison:

While the Cuban articles claimed the Castro regime has achieved numerous health milestones, experts and international observers say the health system is in disarray.

Although Cuba has sent thousands of doctors to Venezuela in exchange for oil, their doctors are considered poorly trained:

Back in 2008 Cuban blogger Yoani Sanchez described how, if you’re admitted to a hospital, you must bring everything:

The room has a thin light and the air smells of pain. I begin to unpack what I’ve brought. I take out the little sack of detergent and the aromatic with which I’ll clean the bath; its aroma floods everything. With the bucket we can bathe the lady, using the cup to pour, because the water faucet doesn’t work. For the great scrubbing I brought a pair of yellow gloves, afraid of the germs that spread in a hospital. Mónica tells me to continue unpacking and I extract the package of food and a puree especially for the sick. The pillow has been a wonder and the set of clean sheets manages to cover the mattress, stained with successive effluvia.

The most welcome is the fan, which I connect to two peeled wires hanging from the wall. I continue to unpack and come to the little bag of medical supplies. I have obtained some needles appropriate for the IV, because the one in her arm is very thick and causes pain. I also bought some gauze and cotton on the black market. The most difficult thing—which cost me days and incredible swaps—is the suture thread for the surgery they are going to do tomorrow. I also brought a box of disposable syringes since she yells to high heaven when she sees the nurse with a glass one.

If you want photos, The Real Cuba posts them in all their gut-churning detail.

Could someone please explain why the U.S. continues to host and fund the UN? 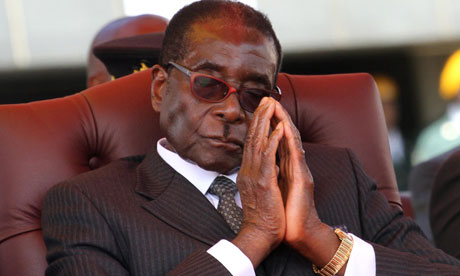 A Nicaraguan career-misanthrope and fixture of the international blame-America set as your new U.N. envoy

Born in America, a catholic priest, a hater of Ronald Reagan (“the butcher of my people”), once a president of the United Nations General Assembly, and the former foreign minister for Daniel Ortega’s Sandinista government, Fr. Miguel D’Escoto Brockmann wants to, “support the Libyan brothers in their battle to ensure respect for sovereignty and self-determination — both of which are being violated by the powerful, who once again threaten the independence and peace of the people.” He has a masters degree in journalism from Columbia.

You may recall that D’Escoto is the guy who said Fidel Castro is a saint, hugs Ahmanidenajad like a long-lost child, and doesn’t want mass-murderer Sudanese President Omar Hassan al-Bashir busted because it would be “racist.” He fits right in at the UN.

He also doesn’t have a valid visa, and would have to leave the US and apply for a different visa if he takes the job.

Brazil’s president Lula, who is a master at self-promotion and bringing his country to the spotlight, is skipping this week’s zoo meeting at the UN:
Cameron, Lula Absence Shows UN Losing Ground to G-20 Summits

World leaders are cutting back their visits to the United Nations General Assembly session this week as they find the Group of 20 and other smaller gatherings more effective venues to debate international problems.

“The UN is where you give a speech but there’s no group meeting,” said Jeffrey Shafer, who organized Group of Eight meetings as President Bill Clinton’s “sherpa” or personal representative to the gatherings. “The G-20 will have a more focused agenda than the UN, and it shows the primacy of the economic agenda.”

French President Nicolas Sarkozy made a one-day appearance in New York yesterday to speak to a session on fighting developing-nation poverty. Like German Chancellor Angela Merkel, who is staying for two days, Sarkozy will leave before the major speeches start Sept. 23 from the podium of the General Assembly hall.

“It’s the 80-20 rule,” said Michael Hodin, an adjunct senior fellow at the Council on Foreign Relations in New York. More issues are being decided at smaller groups, including the Group of 20, which holds its next meeting in Seoul in November, Hodin said.

“If you’re dealing with something in the G-20, you’re already dealing with the 80 percent of world leaders who can make a difference,” he said.

Sarko’s even saying the UN is passe,

Sarkozy, whose country has the G-20 chairmanship next year, has called the UN anachronistic. “We can’t confront the 21st century with the institutions of the 20th century,” he said in May.

Particularly when those institutions have become forums for anti-capitalist, human rights violating tyrants.

In other UN news, Obama’s there today.

The new sanctions, a modest increase from previous rounds, took months to negotiate but still did not carry the symbolic weight of a unanimous Security Council decision. Twelve of the 15 nations voted for the measure, while Turkey and Brazil voted against and Lebanon abstained.

Over in Tehran, the mullahs f*rt in our general direction.

Via William Jacobson, a report not yet confirmed by US officials from “unnamed sources” on a resolution not yet tabled at the UN (but give it time):
US ‘may not veto UN resolution on Jerusalem’

The US is considering abstaining from a possible UN Security Council resolution against Israeli settlements in East Jerusalem, sources suggest to the BBC.

The possibility surfaced at talks in Paris last week between a senior US official and Qatar’s foreign minister.

The official said the US would “seriously consider abstaining” if the issue of Israeli settlements was put to the vote, a diplomat told the BBC.

Those of us who support Israel find this very alarming. As Prof. Jacobson said,

If true, this would mark a very dangerous development because U.N. resolutions, even if not containing explicit sanctions, are one of the primary tools for delegitimizing Israel. Depending upon the wording of the resolution, the damage could be severe.

This could be the change Israel’s enemies were hoping for.

And now that the intention to abstain has surfaced as a possibility, it’s only a matter of time before the resolution is filed. My latest post, Brazil and That Coveted Security Council Seat, is up at Real Clear World.

If this is a photoshop, it’s pretty good: Ed got it,

Eric Spiegelman got the pictures from the State Dept.’s own Flickr page, it looks like it’s not a photoshop.