Venezuela: While the crises in the Middle East are easing, the troubles in Venezuela are far from over. The black market exchange rate for the Venezuelan bolivar has fallen from 44.03 per U.S. dollar on September 24th to 40.92 on September 30th. This represents an appreciation of 7.6% over the last week. The implied annual inflation rate as of September 30th sits at 255%, down from a local high of 292% on September 17th. The ConocoPhillips dispute, a massive blackout, and worsening shortages caused by price controls have ravaged the Venezuelans’ confidence in the bolivar over the month of September.

Although the bolivar has rebounded modestly in recent weeks, this simply indicates that the economic outlook in Venezuela is only slightly less miserable than it was in mid-September. The economy is still on a slippery slope and economic expectations continue to be weighed down by the fragile political atmosphere, worsening shortages, and the ever-present specter of political violence. An inflation rate of 255% is nothing to celebrate.

UPDATE: Linked by Babalu. Thank you!

In his academic speech , Prof. Hanke thanked for the honor and expressed concern about the current situation in Bulgaria. He went back 15 years, to 1997, when the Bulgarian government turned to him for advice. Prof. Hanke said that then and now, the biggest problem of our country is corruption. The difference today, however, is that there is a serious shortage of hope. To get Bulgaria out of the crisis Prof. Hanke recommended the Singapore strategy to be implemented. He told the story of Singapore from the separation and independence from Britain in 1963 until today.

“Then (in 1963, editor’s note) Singapore was ranked among the poorest countries in the world, much poorer than Bulgaria today.” – Prof. Hanke said. “But there the success is attributable to investment, Singapore took a few steps that revitalized the economy – a currency board was set up for financial stability and external borrowing was carefully monitored; the market and prices were liberalized; an emphasis was put on equitable justice and internal order and all the possibilities for corruption were eliminated. And today there’s no corruption, unlike Bulgaria. “- Said Prof. Hanke.

The professor said that the crisis is an opportunity for progress. According to him Bulgaria should aim towards an economy based on knowledge and added value.

Steve Hanke, a professor of economics at Johns Hopkins University in the US and chief economic adviser in the mid-1990s to the then president of Venezuela, Rafael Caldera, told CentralBanking.com that a change at the top of the central bank will be “completely irrelevant” to the problems faced by Venezuela’s economy – chief among them annual inflation running at almost 240%, according to the Troubled Currencies Project, which Hanke runs in conjunction with the Cato Institute.

Hanke said the central bank is seen in Venezuela as a fourth source of funding for the government, after oil revenues, tax collection and the bond market – none of which have the capacity to fund the level of social spending enacted by Maduro’s government, in the same vein as the late Hugo Chavez before him.

There are two ways of halting inflation, according to Hanke: a currency board, or dollarisation as has been pursued in Ecuador. A currency board would allow Venezuela to keep its own national currency, the bolivar, but would “put a hard budget constraint in the system and fix the fiscal affairs”, Hanke said, adding: “You can’t go to the central bank and have them printing money” with a currency board in place.

The corruption in the political system also stems, said Hanke, from the monetary regime. “You have exchange controls put in to conserve scarce foreign exchange reserves,” he said, “but they’re also an invitation for massive corruption and favouritism.”

“The gross profit now from the black market is around 600%,” Hanke said, “a huge incentive to try to break the system. So we know, in short, that the current monetary arrangements will require that they retain some kind of exchange controls and capital controls, and that will invite massive corruption – and it has.”

According to Transparency International, Venezuela ranks 165 out of 176 countries, placing it among the 12 most corrupt countries in the world. Rest assured the corruption will continue. 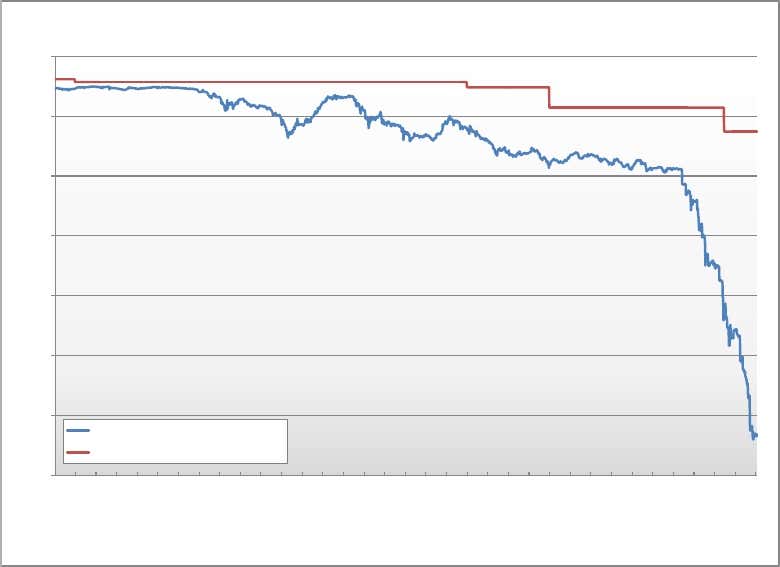 The economy gets worse by the day:
Venezuelan Inflation Surges
Inflation in Venezuela reached a new milestone Tuesday: Prices measured on a yearly basis are now rising at the fastest rate since the late President Hugo Chávez took power in 1999.

The annual inflation rate in June registered at 39.6%, the highest 12-month figure since the central bank introduced a new methodology for its Consumer Price Index in 2008.

For various reasons — ranging from political mismanagement, to civil war, to economic sanctions — some countries are unable to maintain a stable domestic currency. These “troubled” currencies are associated with elevated rates of inflation, and in some extreme cases, hyperinflation. Often, it is difficult to obtain timely, reliable exchange-rate and inflation data for countries with troubled currencies.

To address this, the Troubled Currencies Project collects black-market exchange-rate data for these troubled currencies and estimates the implied inflation rates for each country. The data and estimates will be updated on a regular basis. A current snapshot is presented in the table below. A time series of these data can also be viewed in graphical form by clicking on the corresponding tab for each country at the bottom of this page.

As you can see at the Project table, Venezuela’s implied annual inflation rate tops 240%, and the value of the Bolivar has gone off the cliff. Additionally,

The central bank’s scarcity index, a measure of products missing from store shelves, eased in June, registering at 19.3%, after hitting record levels in recent months. The scarcity index soared to its highest levels in April at 21.3%, before declining to 20.5% in May.

Which brings us to the subject of runaway spy Edward Snowden, who clearly hasn’t been reading professor Hanke’s work. Just yesterday Glenn Greenwald reported that

Nicaragua and Bolivia have also said they would accept Snowden but Venezuela is better poised “to get him safely from Moscow to Latin America and to protect him once he’s there,” Greenwald told Reuters. “They’re a bigger country, a stronger country and a richer country with more leverage in international affairs.”

The Venezuelan Embassy in Moscow said it had no information on whether the fugitive NSA leaker had completed a deal that would allow him to leave the transit area of an airport in the Russian capital.

I guess Putin hasn’t put the finishing touches on getting Snowden out of the country.

That modern calendar would simplify financial calculations and eliminate the “rip-off factor.” To determine how much interest accrues for a wide variety of instruments – bonds, mortgages, swaps, forward rate agreements, etc. – day counts are required. The current calendar contains complexities and anomalies that create day count problems. In consequence, a wide range of conventions have evolved in an attempt to simplify interest calculations. For U.S. government bonds, the interest earned between two dates is based on the ratio of the actual number of days elapsed to the actual number of days between the interest payments (actual/actual). For convenience, U.S. corporates, municipals and many agency bonds employ the 30/360 day count convention. These different conventions create their own complications, inefficiencies and arbitrage opportunities. Specifically, discrepancies between the actual/actual and 30/360 day count conventions occur with all months that do not have exactly 30 days. The best example comes from calculating accrued interest between February 28th and March 1st in a non-leap year. A corporate bond accrues three days of interest, while a government bond accrues interest for only one day. The proposed permanent calendar—with a predictable 91-day quarterly pattern of two months of 30 days and a third month of 31 days—eliminates the need for artificial day count conventions.

What will it take to produce regular dates and times throughout Russia and the rest of the world? Nothing but the will to do so. With regard to the regularization of times and dates, Russia has the most to gain, particularly when it comes to time.

Moving on from the calendar to time, we recommend the abolition of all time zones, as well as of daylight savings time, and the adoption of atomic time—in particular, Greenwich Mean Time, or Universal Time, as it is called today. Like the adoption of a modern calendar, the embrace of Universal Time would be beneficial.

When I mentioned to Steve that I wasn’t sure if I was ready for 2 more days in February, he quipped, “The extra week is key: a sort of “adult spring break” — with pay.”

The savings from the new calendar will more than make up for that week.

UPDATE,
Linked by Dustbury. Thanks!

According to the Oxford English Dictionary, a factoid is “an item of unreliable information that is reported and repeated so often that it becomes accepted as fact.” The standard Keynesian fiscal policy prescription for the maintenance of non-inflationary full employment is a fiscal factoid. The chattering classes can repeat this factoid on cue: to stimulate the economy, expand the government’s deficit (or shrink its surplus); and to rein in an overheated economy, shrink the government’s deficit (or expand its surplus).

Hanke explains in detail why the facts are different from the factoid, and concludes,

If monetary, not fiscal, policy dominates — as Prof. Friedman concluded — just what is monetary policy telling us? First, the dramatic collapse in the broad measure of money in the U.S. (see the accompanying chart) explains why President Obama’s massive fiscal stimulus packages haven’t worked as advertised. Second, the broad measures of money also indicate that a growth recession — below trend growth rates — will continue.

You and I, taxpayers all, are the ones stuck with the bill for all the government spending.