Wasting money and food, and most likely creating a health hazard in the process,
White House to put up to 5,000 salad bars in schools

First Lady Michelle Obama is expected to announce on Monday a major new initiative that would place up to 5,000 salad bars in public schools nationwide, despite uncertainties over how local health inspectors might treat those salad bars and USDA nutrition-tracking rules that could prove a major impediment.

I can see it now, a salad bar where kids are picking the few things they’d like (like Jello) with their unwashed hands. You think it grade school kids won’t? Think again – I’ve seen it at a college. I’m not alone:

Cooper named three school districts she knows of — Philadelphia, Austin, Tex., and Montgomery County, Md., — that have already indicated they will not support salad bars. Concerns have been raised that elementary school children in particular might be prone to spread disease at salad bars because they are too short for the standard “sneeze guard” installed on most salad bars, or because they might use their hands instead of the serving utensils provided.

The “healthy” items like lettuce and raw vegetables will go wasted. And don’t forget about the endless temptation for food fights.

This is what happens when you have put people in power who have absolutely no real-world experience in food service, or in dealing with young children. Anyone who’s ever catered (even modestly) a party for kids KNOWS a salad bar is not a good idea.

Interesting paragraph at the end of the article (emphasis added),

Michelle Obama has embraced more fruit and vegetable consumption as a major plank in her efforts to improve American diets and combat weight-related illnesses, especially among children. Kass, who directs the First Lady’s nutrition efforts, was seen as central to bringing the various salad-bar interests together and developing a unified effort under the White House banner.

I’m not sure who all those “various salad-bar interests” are. Aside from the food service contractors who enjoy HUGE contracts with the federal government to supply food for school lunches. Their fat contracts will now be embiggened by the addition of tons of fresh fruits and vegetables. And the SEIU of course. 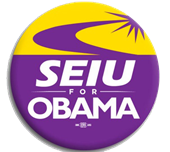 Do you have any idea how many more food service workers it takes to chop up all those green peppers, broccoli, cauliflower and radishes that the kids won’t eat? And then clean up the mess at the end of the lunch hour and throw away all the uneaten fruit and veggies?

The answer is: $4.5 billion. For starters. Think of it as part of our economic stimulus plan. That’s why we need more money. It’s for the children. And their fat behinds.

This is one food idea that deserves a pie in the face:

And,, yes,
I stopped eating at salad bars because they are unsanitary.

How did the catch it?

When a new voter registers in Colorado, the secretary of state mails a nonforwardable notice of disposition that the voter’s registration has been received. If the notice comes back undeliverable in the mail, then clerks deem the voter’s registration inactive within 20 days.
…
The motion for the preliminary injunction is one of several federal challenges regarding purged voters filed against the secretary of state by Common Cause of Colorado, Mi Familia Vota Education Fund and the Service Employees International Union

You have to submit ID if you’re buying a beer or riding an Amtrak train, but you can vote without ID. Does that make any sense?

Just as millions of Americans face more inflation and more taxes, here’s another bill, since it’s payback time for the unions by the Democrats:
Doug Ross posts, Delightful: Democrats to stick American taxpayers with a $165 billion bill to pay off the Unions’ underfunded pensions

It appears that bankrupting the United States Treasury was only the first step in the Democrat plan to destroy the American economy. Layering in a new entitlement program — socialized medicine — when the country can’t afford its existing programs was thought to be the icing on the cake. It wasn’t.

The final nail in the coffin may come in the form of stealing $165 billion additional dollars from taxpayers to fund union pensions that were mismanaged and misappropriated by the bosses who support Democrats in good times and bad.

Doug points out that the SEIU spent $85 million just on getting Obama elected. I should add that Obama has also made the government owner of automakers whose unfunded pension plans burden the public – so we’re being punched twice with this proposed bill, first with the bailout, now with this. (Is cardcheck far?)

But Doug is optimistic as to the tab total:
Fox News reports (emphasis added):

A Democratic senator is introducing legislation for a bailout of troubled union pension funds. If passed, the bill could put another $165 billion in liabilities on the shoulders of American taxpayers.

The bill, which would put the Pension Benefit Guarantee Corporation behind struggling pensions for union workers, is being introduced by Senator Bob Casey, (D-Pa.), who says it will save jobs and help people.

As FOX Business Network’s Gerri Willis reported Monday, these pensions are in bad shape; as of 2006, well before the market dropped and recession began, only 6% of these funds were doing well.

Although right now taxpayers could possibly be on the hook for $165 billion, the liability could essentially be unlimited because these pensions have to be paid out until the workers die.

AJ Strata looks at how Insipid Arrogance Abounds In Today’s Politics, and takes a peek at the future.

As you know, I am pessimistic on today’s election; however, John Fund has more troublesome news,
Chris Christie’s Next Case: Who Stole My Election?
Absentee voter fraud may play a significant role in New Jersey’s gubernatorial election.

Plenty of reasons exist for suspecting absentee fraud may play a significant role in tomorrow’s Garden State contests. Groups associated with Acorn in neighboring Pennsylvania and New York appear to have moved into the state. An independent candidate for mayor in Camden has already leveled charges that voter fraud is occurring in his city. Meanwhile, the Democratic Party in New Jersey is taking advantage of a new loosely written vote-by-mail law to pressure county clerks not to vigorously use signature checks to evaluate the authenticity of absentee ballots, the only verification procedure allowed.

The state has received a flood of 180,000 absentee ballot requests. On some 3,000 forms the signature doesn’t match the one on file with county clerks. Yet citing concerns that voters would be disenfranchised, Democratic Party lawyer Paul Josephson wrote New Jersey’s secretary of state asking her “to instruct County Clerks not to deny applications on the basis of signature comparison alone.” Mr. Josephson maintained that county clerks “may be overworked and are likely not trained in handwriting analysis” and insisted that voters with suspect applications should be allowed to cast provisional ballots. Those ballots, of course, would then provide a pool of votes that would be subject to litigation in any recount, with the occupant of New Jersey’s highest office determined by Florida 2000-style scrutiny of ballot applications.

And then there are the messenger ballots,

Elsewhere, an investigation is being conducted into a report that people wearing Acorn T-shirts entered an East Orange hospital near Newark carrying blank absentee ballots and left with completed ballots. New Jersey law allows anyone to pick up an absentee ballot for someone else — these are called messenger ballots.

Not to be missed, the Service Employee International Union and New York’s Working Families Party are also here, ready for election day action.

Just another day in the endless swamp that is New Jersey politics.

Matthew Vadum has been studying ACORN and its labyrinthine connections, which include Obama’s close advisor
Patrick Gaspard. Gaspard signed a letter identifying himself as a member of the SEIU State Council and the Working Families Party; As Matthew points out, the ACORN website states,

American Power has more on the links between ACORN and Obama that point, in Stanley Kurtz’s words, to “a persistent and shared political-ideological alliance.”

And a thirst for power.

As he [Russ Carnahan] spoke the crowd of union supporters continually interrupted him with their applause. A few of the tea party protesters left during this staged show by Carnahan and his cronies. After Carnahan was through speaking he said he was going to take a few questions. His staffers then pulled out a few questions and read them to him from their index cards. They said they had collected the cards beforehand, but the tea party taxpayers did not even know they were only taking questions that were written down. It was a total dog and pony show.

After the event, things got really out of control. The SEIU members were looking for trouble. They roamed the parking lot like a pack of thugs. Conservative Kenneth Gladney, who is black, was passing out “Don’t Tread on Me” flags and tea party buttons to the taxpayers at the school. Unfortunately for Kenneth, the SEIU members were not happy that a black man was passing out tea party buttons. Kenneth’s lawyer described what happened next:

The SEIU member used a racial slur against Kenneth, then punched him in the face. Kenneth fell to the ground. Another SEIU member yelled racial epithets at Kenneth as he kicked him in the head and back. Kenneth was also brutally attacked by one other male SEIU member and an unidentified woman. The three men were clearly SEIU members, as they were wearing T-shirts with the SEIU logo.

The three SEIU members were arrested at the scene. Kenneth was hurt badly and taken to the emergency room, where he was treated for his numerous injuries. We all hope that he recovers quickly from this vicious attack.

Inconceivable how common political dissent is now being bullied, isn’t it?

Update
Via Instapundit, Dana Loesch talks about the protestors.