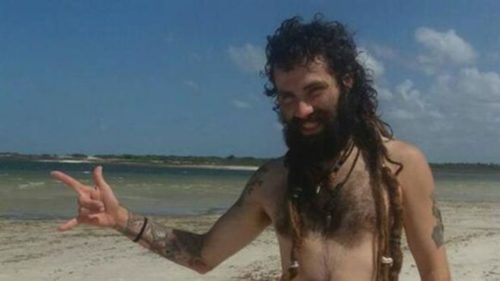 Santiago Maldonado, 28, is an Argentinian activist for the rights of the indigenous Mapuche people of Patagonia. He has been missing since August 1,

Witnesses say Mr Maldonado was last seen after he was arrested at a demonstration for the rights of the Mapuche indigenous group in southern Argentina on 1 August.

On the day that he disappeared, border police clashed with protesters while dismantling a roadblock that had been erected on Route 40, the main road crossing Argentina from north to south.

President Macri’s government offered a reward of nearly $30,000 for information on Maldonado’s disappearance.

Now a body was discovered in a riverbed just a few hundred yards from where Maldonado was last seen, wearing clothing that resembled his. Major political parties in Argentina have suspended campaigning for Sunday’s election as the body is transported to Buenos Aires for identification.

As the BBC puts it, “Argentina’s history of political disappearances has made the case an extremely hot subject.”