The housing is a disaster, and now this, three days from opening day,

Cursed? Only by corruption and incompetence:

It comes after leading scientists in Rio described the location of the studios as ‘one of the worst places along the shore.’

The inaugural ceremony is scheduled for next Friday, August 5.

Nothing in the U.S. media on this, but reported by France’s Libération and Brazil’s O Globo:
France’s Director of Military Intelligence, General Christophe Gomart, testified to the Parliamentary Select Committee investigating the 2015 terrorist attacks in France that a Brazilian national who belongs to ISIS planned to attack the French delegation at the Rio Olympic games.

Gen. Gomart would not go into detail about the possible arrest and the exact location of this Brazilian member of ISIS, who may not necessarily be in Brazil, according to Libération.

The information, which should have remained classified, was appended to a 1,000 page report published on Tuesday on the website of the National Assembly, which is how Libération came across it.

Translated into English from the O Globo article in Portuguese, Brazilian member of the Islamic state planned to attack French delegation in Rio, newspaper says

General Christophe Gomart: At least three sources with references to websites Daech [acronym of the Islamic State] in several Syrian cities could also be evaluated thanks to the knowledge and DRM catches [Direction du Renseignement Militaire] (…) These changes enable you to recover and confirm the information in the theaters of operations [military term].

George Fenech (Member): I had not heard of this Brazilian who intended to commit attacks against the French delegation at the Olympic Games. How do you know that?

General Christophe Gomart: From our partners.

In the evaluation of the newspaper, “our partners” would be countries with which France contributes in the fight against terrorism. The “Libération” highlights that Brazil plans an “anti-terrorist center” composed of US, British, Spanish and French experts.

Brazil’s security forces are on high alert. On Tuesday they released a man whose wife – in the middle of a marital fight – called the police, accusing him of plotting a terrorist bombing, after finding no evidence.

They are still looking for the GITMO guy who went missing from Uruguay, though.

UPDATE:
Linked to by Gates of Vienna. Thank you!

Update on the rolling disaster, straight from today’s headlines:
Truck Carrying Broadcast Equipment for Olympics Hijacked in Rio. Latest robbery comes amid a rise in crime; foreign media and athletes have been targeted

Thieves hijacked a truck and made off with valuable broadcasting equipment from a pair of German media companies in Rio, highlighting growing security concerns ahead of the Olympics.

Apparently, some equipment was recovered following negotiations with leaders of the community where the theft took place.

Police found the equipment, however,

A number of foreign media outlets have fallen victim to robberies in recent weeks as reporting has ramped up ahead of the Olympics, people familiar with the matter say. In one case, some equipment was recovered following negotiations with leaders of the community where the theft took place.

any hope that Brazil could clean up its poop and super bacteria-covered beaches before the games has been pretty much dashed. In response the US Olympic Team, at least, is planning a disinfectant regimen every time they get out of the water. They’ll be wearing special anti-bacterial suits. The waters are filled with human refuse and testing in December showed the viruses from that crap are at levels 1.7 million times what would be considered “alarming.” So good luck, guys.

The Olympics are five weeks away.

The plea for funds is an embarrassment for the host of South America’s first Games and adds to a long list of woes that includes the impeachment of the president, the deepest recession in decades, the biggest corruption scandal in memory, the Zika epidemic and a wave of strikes and occupations of government buildings. 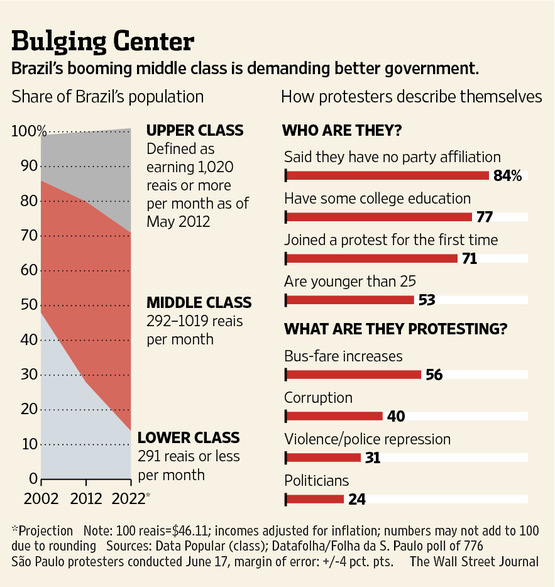 The slums of Rio de Janeiro have been a festering wound of crime, drugs and violence for a very long time. However, with the upcoming 2014 World Cup and the 2016 Olympics, the government is trying to bring some semblance of order. Yesterday there was a big shoot-out that finally ended when the police brought in tanks:

President Luiz Inácio Lula da Silva of Brazil sent 800 army soldiers to the Alemão complex early Friday after police outposts in the city had come under fire from drug gang members. The death toll from the violence climbed to 41 on Friday, the police said, with nearly 100 cars and buses burned on major roadways, their passengers robbed and sometimes shot.

What provoked this latest incident?

Rio’s secretary of public security, José Mariano Beltrame, told Brazilian news media that the latest violence was “retaliation” by gang members against an ambitious government program to control violence and “pacify” 13 of the more violent slums by invading, rooting out drug traffickers and installing a special community police force.

While we think of Brazil as a far-away place that does not affect us here in the USA (even when we are starting to realize that the drug war in Mexico does), here is something to think about: Drug activity is entirely a demand-driven market. Drug use in the developed countries bankrolls the gangs and cartels (and also the terrorists who take part in the drug trade) involved in illegal drug production and distribution. What we do here affects what goes on there.

It’s not a phony “war on drugs”, it’s a war within, everywhere.

Former Mayor Rudolph Giuliani’s consulting firm is being hired by the city of Rio de Janeiro to help make the city safe for the 2016 Summer Olympics.

Giuliani visited a slum in Rio on Friday and praised the city’s efforts to bring order to violence-plagued areas filled with drug traffickers.

He says Rio can be a safe city before the Games begin.

The governor of Rio says the firm is being contracted to give security advice. Details of the deal were not disclosed.

Take it away, Peter!