The hemisphere’s top story continues to be the murder of Argentinian prosecutor Alberto Nisman. This weekend it was revealed that Damián Pachter of the Buenos Aires Herald, the first to journalist break the news of Nisman’s death on Twitter last Sunday, reportedly fled the country because he feared for his life.

ARGENTINA
Nisman death: ‘Now we will never know what happened’
Mother of one of the victims of the 1994 terrorist attack in Argentina tells The Telegraph that she fears they will never have justice, after prosecutor Alberto Nisman found dead

Can Castro admirer Cristina from Argentina survive the Nisman murder scandal? All she has to do is hang in there until the Ocotber 25 election, and the November 9 runoff, if there is one.

Evo Morales sworn in for third term as president which brings up to the tweet of the week,

CHILE
Was Pablo Neruda, Chile’s greatest poet, murdered by Pinochet?
Fresh tests to see whether Nobel laureate’s body displays signs of poisoning – or whether he really did die of prostate cancer more than 40 years ago

Did U.S. send Cuba its next leaders when it released the ‘Cuban Five’?
There’s no clear successor to Castro, and the five men have youth, fame and revolutionary credentials.

China and Ecuador Do Away with Tourist Visas, Sign Broad Range of Agreements

HAITI
Haitians Desperately Seek Ways to Get into Dominican Republic

Haiti ‘back on democratic path’
Haiti installs a Provisional Electoral Council to organise long-delayed elections – after weeks of protests and political uncertainty.

Notitarde: Censorship in the 21st Century

Choses vues at the Hunger Games

The week’s posts and podcast:
Argentina: Why Nisman’s lawsuit matters

Cuba: File this one under “No sh*t, Sherlock

Argentina: #Nisman’s murder is all about Iran

At Da Tech Guy Blog:
It’s all about Iran

The curious case of the dead Argentinian prosecutor UPDATED 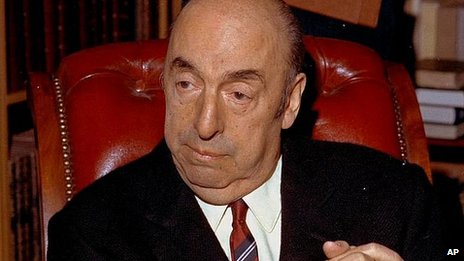 An exhumation and testing of Chilean Nobel laureate Pablo Neruda’s body did not find any evidence he was poisoned, a forensic team said on Friday, despite accusations he was murdered 40 years ago by a military dictatorship.

Neruda, who had been under treatment for prostate cancer, died of heart failure at age 69, but the Chilean Communists are not happy with today’s news and demand further investigation.

Dictatorship engaged in game of “whack-a-dissident”

GUATEMALA
Mexico Security Memo: The Future of Methamphetamine in Guatemala

Otherwise, the cartels could be expanding their operations as most successful businesses tend to do. Control of transportation networks, especially ports, is critical for business because maritime shipping accounts for the majority of illegal trade worldwide.

The significance for Guatemala is notable. The Central American country has long been a transit corridor for cocaine from South America into Mexico, but it is now becoming a drug producer — even if all the precursor chemicals found there are not immediately contributing to the drug trade. Without U.S. or Mexican assistance, the Guatemalan government will be unable to control any increased production of methamphetamine — or the violence, corruption and increased use that will accompany it.

HAITI
Many question whether Haiti quake donations put to best use
Two years after the devastating earthquake in Haiti, many complain that they haven’t seen where billions in donations were spent.

JAMAICA
A Massacre in Jamaica
After the United States demanded the extradition of a drug lord, a bloodletting ensued.

MEXICO
Remittances to Mexico are rebounding
Mexican immigrants living in the U.S. sent an estimated 8% more money back to relatives last year compared with 2010, thanks to an improving U.S. job market.

Iran in Latin America is no laughing matter

Chávez: ‘There will be no consulate in Miami’
The decision, which is in response to the expulsion of consul Livia Acosta, impacts more than 200,000 Venezuelans in the Southeast.