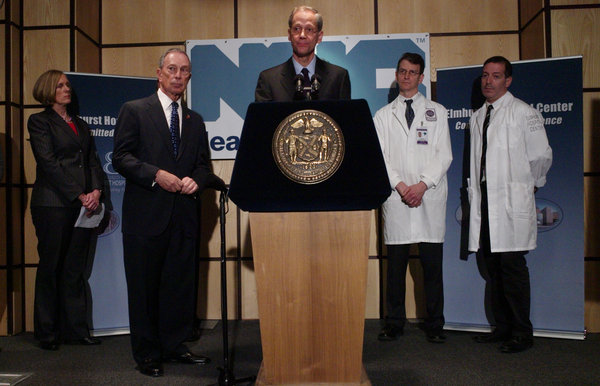 Mental Recession has video and plenty of puns,

The hot dog carts had a sign that read, “relish the moment.”

Trojans was giving them away at BlogHer12, and were a huge success shaking up the place. The two guys manning the booth were young (very young – do their moms know they do this?) and very cute.

The rumor was that an enterprising BlogHer attendee stole a case – probably to sell on eBay.

It was the most popular booth, outdoing the free make-up, shoulder massages, manicures, and Jimmy Dean’s Mr Sun.

Trojans gave away 4,000 at BlogHer. They’ll be back in Manhattan today, from “mid-town to the meat packing district.”

It was nearly midnight when Stern and Hess, a film-industry prop master, headed home last July from Jazz at Lincoln Center’s Midsummer Night’s Swing. As they waited for the train, a musician started playing steel drums on the nearly empty platform and Stern and Hess began to feel the beat.

“We were doing the Charleston,” Stern said. That’s when two police officers approached and pulled a “Footloose.”
“They said, ‘What are you doing?’ and we said, ‘We’re dancing,’ ” she recalled. “And they said, ‘You can’t do that on the platform.’ ”

The cops asked for ID, but when Stern could only produce a credit card, the officers ordered the couple to go with them — even though the credit card had the dentist’s picture and signature.
When Hess began trying to film the encounter, things got ugly, Stern said.

“We brought out the camera, and that’s when they called backup,” she said. “That’s when eight ninja cops came from out of nowhere.”

Hess was allegedly tackled to the platform floor, and cuffs were slapped on both of them. The initial charge, according to Stern, was disorderly conduct for “impeding the flow of traffic.”

“There was nobody on the platform. There were, like, three people,” she said.

UPDATE,
Linked by Moe Lane. Thanks!

Linked by the Pirate’s Cove. Thanks! 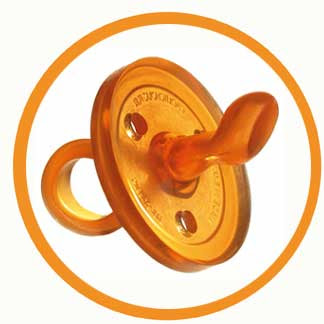 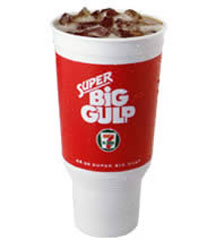 New York City plans to enact a far-reaching ban on the sale of large sodas and other sugary drinks at restaurants, movie theaters and street carts, in the most ambitious effort yet by the Bloomberg administration to combat rising obesity.

Obviously Mike thinks it’s up to him to do something, no matter how meaningless, to bring in more government regulation,

The proposed ban would affect virtually the entire menu of popular sugary drinks found in delis, fast-food franchises and even sports arenas, from energy drinks to pre-sweetened iced teas. The sale of any cup or bottle of sweetened drink larger than 16 fluid ounces — about the size of a medium coffee, and smaller than a common soda bottle — would be prohibited under the first-in-the-nation plan, which could take effect as soon as next March.

The measure would not apply to diet sodas, fruit juices, dairy-based drinks like milkshakes, or alcoholic beverages; it would not extend to beverages sold in grocery or convenience stores.

So, after all, to answer my question in the post title, it looks like you’ll still be able to get a Big Gulp, if they sell them in Manhattan?

What will happen is that businesses will offer free refills, people will spend more money, and producers will find a way around it, as it happened with candy bars,

The company has replaced the King Size Snickers with the so-called “2toGo,” which is two bars in one package. Each of the bars is 220 calories. The company said the package can be resealed “to save one for later.”

By the way,
I have had chronic hypoglycemia for well over a decade, and do not tolerate anything with any sugar added, so I simply do not have anything with added sugar. The thing is, it’s up to you, not to Mike Bloomberg, to decide what you eat. Upcoming sugar taxes are even more of an insult than these “bans on sugary drinks”, since the government spends huge amounts of money in sugar subsidies, including corn syrup.

What it all adds up to is, we live in a much less free society than we did 100 years ago. 50 years ago. in fact, 20 years ago, thanks to Mike Bloomberg, among others.

Michael Bloomberg: turning the Empire State into the Nanny State, one diet item at a time.

UPDATE:
Mike wants to save you from yourself but endorses Charlie Rangel. Culture of corruption indeed.

“We’re forcing you to understand“?

George Dennison Prentice: “What some call health, if purchased by perpetual anxiety about diet, isn’t much better than tedious disease.”

If only Nanny Bloomberg would read that. He’s against trans fats, salt, liquor, and even sat on the couch to speak against guns,

since, of course, criminals, by definition, will abide with gun laws, or something.

Now I can’t wait for Nanny Bloomberg to ban perfume:
Wearing Scented Products Like Perfume or Cologne in Public Could Become Regulated

The fragrance issue could put businesses on the hook for legal liability. The head of the human resources department here at FOX Chicago said all employers need take it seriously.

What’s next? Will government send someone to make sure you shower and use antiperspirant daily?

Might be worthwhile to see if one can buy Four Loko stock – the drink’s about to reach cult status:

A fizzy drink with alcohol and coffee, Four Loko has some people mad,

The drink has earned a bad rap in recent months. Local media outlets have reported that empty Four Loko cans have been found at the scene of car accidents and near raucous college parties that left students filling hospital beds. State attorneys general around the country have moved to ban the drink; New York Sen. Charles Schumer called on his state to get rid of it; and the FDA sent warning letters to companies that sell the product. Advocates against the drink say that the mix of caffeine and alcohol are dangerous and they accuse the manufacturers of marketing the products to children.

The folks leading the anti-Four Loko campaign believe that they have the duty to prevent you from buying prepackaged drinks that put alcohol in your caffeine:

“We find them to be of no redeeming value whatsoever. We are asking the FDA to intervene because they have the ability to say caffeine should not be an ingredient in an alcoholic beverage.”

Adding to the silliness of it all, Rum and Cokes, White Russians, Irish Coffee, and that medicinal shot of bourbon your elderly aunt throws in her hot toddy every so often, however, ought to be safe even when they contain caffeine and alcohol, “Because you can only do it in a bar or in the comfort of your own home.”

Sir Winston’s bust got thrown out of the White House last year, and now he lost his cigar:

The alteration of the original image, taken in 1948 during the opening of a new military headquarters, was noticed by David McAdam, a visitor to the museum.

He told the Daily Mail: “I pointed out this crude alteration to a museum steward who said she hadn’t noticed the change before, nor had anyone else pointed it out.

“So much for the notion that only communist tyrants airbrushed history.”

Lucky for him he’s dead, or they would be making him cut down on salt, too.