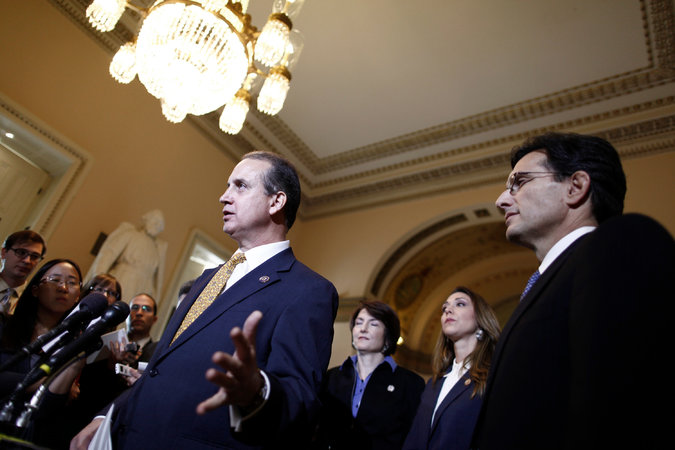 This morning I had the opportunity to Rep. Mario Diaz-Balart (Rep., 25th Dist. FL). Since I have family living in his district, it really was a pleasure talking to Mr. Diaz-Balart.

My first question was on the mixed signals we’re getting from the Obama administration when it comes to Cuba policy. In February the Lugar Report on Changing Cuba Policy recommended, among other things, easing the embargo. Then in March the omnibus spending bill eased restrictions for Americans who want to travel to Cuba to cut agricultural and medical sales deals with the communist government while Treasury Secretary Timothy Geithner assured Senators Menendez, Nelson and Martinez that the new law will be interpreted so strictly as to be ineffective. Then last Saturday Joe Biden, speaking at Viña del Mar, Chile, insisted that the embargo stays.

“If the Cuban government were to release all political prisoners, allow freedom of expression, and allow a true electoral process, then we could see lifting the embargo.” However, the administration is trying to ease unilaterally, which involves sending billions of dollars to Cuba. There is support from members of both parties in Congress to make the easing conditional. The President can’t end the embargo on his own.

“Senator Menendez stood up to some of the changes” [see my RCW post] “and got a commitment from Geithner; then the next day the White House came up with easing other restrictions. They [the White House] have the ability to tweak around the edges. That’s not surprising.”

I then asked about his thoughts on the US joining the UN Human Rights Council.

Rep. Diaz-Balart considers it “an embarrassment, and an insult to all people around the world, particularly to people who love freedom. It’s a charade of a council.”

“For the US to join, shows a level of naivete of the administration regarding some of the worst players in the world. Just as when Iran insists that we abandon Israel and unfreeze their assets, and the US still wants to talk to state sponsors of terrorism, to believe and pretend that smiles and “reset” buttons and nice speeches will make it good.”

“We are at an interesting crossroads in our history. Right now we’re voting on the budget. It’s not a regular budget: this budget will change fundamentally the future of our country. Either we continue to be prosperous and innovative, or we will pile on debt and become another Europe.”