Dire times, as a once-wealthy country sinks further into the abyss (h/t RF), reported by the UK’s Daily Mail,
Desperate Venezuelans turn to ritual slaughter to save sick relatives as failing economy leaves hospitals with empty shelves and no medicine

– Venezuelans are turning to black magic in an attempt to treat sick relatives
– Comes as growing shortages intensify in the failing Left-wing country
– Hospitals have run out of drugs to treat patients as well as other supplies
– Rituals include sacrificing birds and making desperate offerings to Gods
– Shamans, herbalist, witches and priests cash in on people’s fears
– WARNING GRAPHIC CONTENT

Praying to the god Ochún to cure leukemia,

Mr Otrupo’s seven-year-old daughter, Yansaire, was suffering from leukaemia and the city’s hospitals had run out of cancer drugs. The deliveryman was hoping that the gods could succeed where the Socialist state had failed.

The 43-year-old is one of thousands of Venezuelans turning to black magic in a frantic attempt to treat their ailing loved ones amid growing shortages in the collapsing Left-wing country.

One thing for sure: The richest woman in the country, Hugo Chávez’s daughter María Gabriela, won’t be relying on Ochún when she’s ailing.

Parting question,
What became of all those Cuban doctors that went to Venezuela? Socialists in the U.S. proudly proclaim that the dead dictator “improved the economy, reduced inequality,” most likely in the Orwellian sense,

According to the Miami-based Diario Las América

If the claim is true, Chávez’s daughter would be the richest person in Venezuela, a country with industrialists like telecommunications magnate Gustavo Cisneros (worth $3.6 billion, according to Forbes

Last July, Venezuelan outlets reported that she was involved in a scheme that favored an Argentinean rice company, Bioart, by importing 37,000 tons of greatly overpriced rice to Venezuela – a deal that reportedly contributed $15 million to her personal accounts.

In September of 2014, according to La Tribuna

, the Cuban-American television journalist María Elvira Salazar showed on the air a receipt purported to be from a U.S. bank account in María Gabriela’s name that held nearly $737 million. The address on the account was that of the Venezuelan consulate in New York City.

MGC currently is permanent deputy representative to the United Nations, where she fits right in.

In other Venezuelan news, would-be kidnappers broke into an American’s apartment and murdered him:
Well-Known American Lawyer John Pate Murdered in His Apartment in Venezuela

The well-known American lawyer John Pate, a US citizen, was stabbed to death by assailants in his apartment at the Vista Real on Avenue Panorama in Lomas de San Román section of Caracas on Sunday evening.

Pate, 71, was a member of the Editorial Board of the Caracas Daily Journal, the predecessor of the Latin American Herald Tribune, and had helped build the fabric of Caracas society. His first wife, Gertie Paez Pate, was a well-known Peruvian painter who died of cancer in 2007.

According to police, the criminals reportedly entered his apartment with the intent to rob him, but instead killed him with multiple stab wounds. His girlfriend, Sally Evan Oquendo, 67, was wounded and is hospitalized.

According to early police reports, the perpetrators entered through a bathroom window and police suggest that they knew the building well. There are apartments being remodeled in the building and police are interrogating workers.

The Caracas expat community has shrunk as homicide rates rise and foreign companies pull out of Venezuela, citing economic difficulties.

Pate’s primary business was in representing multinational companies doing business in Venezuela, and he was sometimes critical of the country’s 16-year-old socialist revolution.
In 2005, he told the Christian Science Monitor he had lost half his international clients in the six years since the now-deceased President Hugo Chavez came to power.

Money-wise, a billion here, a billion there, Ravaged by Oil’s Collapse, Venezuela Now Has a Big Gold Problem

The South American country, which is trying to stave off a bond default in the wake of oil’s swoon, had 68 percent of its international reserves in bullion as of August, according to the World Gold Council. That’s a big worry because the price of the precious metal has tumbled 15 percent from this year’s high in January as the global slump in commodities deepened.

At the blogs:
Daniel has A guide to Venezuela eateries around the world

Chavismo will do anything to manipulate and obtain an edge in the upcoming election.

The outcome does not look uncertain to me: Venezuela’s first lady Cilia Flores to run for congress while opposition figure barred Mary O’Grady explains,
THE AMERICAS
A Test for Obama on Venezuela at the U.N.
Cuba’s pawn wants a seat on the Security Council. We should work against it, as we did in 2008.

De facto control of Venezuela by Cuba ought to trouble all peaceable nations. Cuba violated a U.N. embargo on arms shipments to North Korea in 2013 when it put a load of weaponry on a North Korean vessel headed for Asia. The Venezuelan National Guard is a partner of Colombia’s drug-trafficking terrorists. Numerous terrorism experts warn that Venezuela is working closely with both Iran and Hezbollah to make trouble in the West and that the country has become a transit point for Iranian agents seeking to gain a foothold in the Americas.

Permanent members Russia and China would gain a reliable ally on the Security Council by adding Venezuela. It is true that the U.S. has veto power to block dangerous moves by a member. But Venezuela could influence the discussion agenda and would undoubtedly employ Cuba’s legendary propaganda tactics to do so.

Symbolically the elevation of Venezuela to the council would be a win for U.S. foes, and Venezuela knows it.

I don’t see the Obama administration doing anything about it. Instead, I say it’s very likely Chavez’s daughter Maria Gabriela Chavez will soon be sitting next to an American diplomat at the United Nations Security Council. 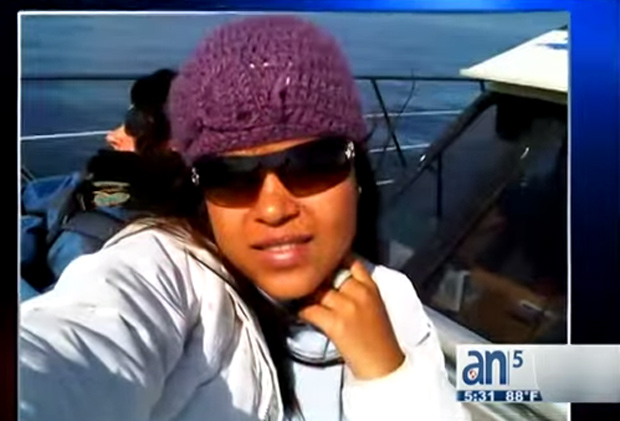 Hugo Chavez’s daughters have not moved out of La Casona (the big house – really), even a year after his death. Carlos Eire has the story of The best damn Venezuelan telenovela ever, starring the Chavez sisters and the ghost of Hugo!

Rosa Virginia, Chávez oldest daughter, is married to the current vice-president, Jorge Arreaza, who also lives at the presidential mansion.

The sisters haven’t been observing a discrete period of quiet mourning,

The two “infantas” [princesses] have been driving their neighbors to the brink of desperation with non-stop raucous parties. According to sources cited by ABC, the “infantas” have also amassed colossal debts with nearly every nearby restaurant, fast food joint, and liquor store, and are now hard-pressed to find any establishment in Caracas that will sell or deliver anything to them.

Concert promoters and talent agencies in Caracas also complain that an entourage of leeches clings to the “infantas” and their mansion, and that the princesses constantly demand at least thirty free passes to every entertainment event in the capital city.

What this tells me is that Maduro is a figurehead, and someone else is boss.

Someone on the girls’ side.

How the other half lives,