After skipping a week because of unpacking, the Carnival’s back, while the unpacking’s not finished.

ARGENTINA
Life terms for Argentina jail crimes
An Argentine ex-police chief and ex-interior minister are among 15 people given life sentences for involvement in a torture centre in the 1970s.

BRAZIL
Why is Dilma Hiding Business Deals With Cuba?

In Brazil’s Election, a Stark Vote on the Nation’s Economy

COLOMBIA
Alexander Beltran Herrera, US judge sentences Farc commander
A US judge has sentenced an ex-Colombian rebel to 27 years in prison for his role in the kidnapping of three American citizens in 2003.

Must-Read: Are Cuba and Brazil Partners in Human Trafficking?

Quote of the day: “I have loved justice and hated iniquity; therefore I die in exile.” 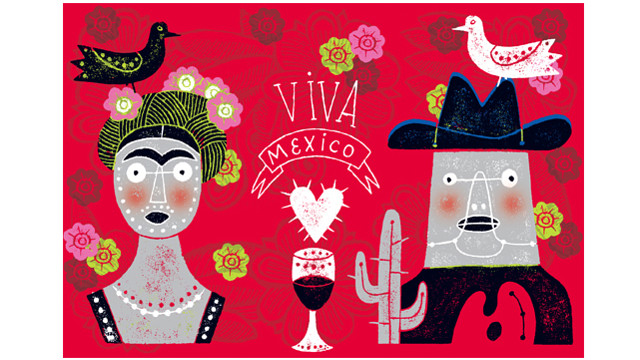 Mexico’s Burgeoning Wine Scene
Mexico may be best known for its beer and tequila, but that’s slowly changing as its wines are finding their way onto restaurant wine lists and specialist shops.

Amado Yáñez shows up at the burn-out unit (in Spanish):

PANAMA
If Panama’s Anti-Corruption Hunt Continues, Miami Should Watch Out

Uruguay Leader’s Party Fights to Retain Rule After Vote
President José ‘Pepe’ Mujica popularity isn’t enough to guarantee victory for the center-left Broad Front coalition that has ruled for a decade, according to polls and political analysts.

How Bad Are Things In Venezuela? It’s Rationing Food – And Importing Oil

The 61% Devaluation That Venezuela Told No One About

The week’s posts and podcast:
Elections: No change in Brazil, Uruguay

Argentina: Creeping to the edge

Venezuela: Mileposts on the highway to hell

Immigration: Obama to allow in 100,000 Haitians with no visas

At Da Tech Guy’s blog:
What may be the most consequential election of the decade

Mexico: The death of #Felina

The curious incident of the Carnival Magic in Belize UPDATED

The Synod and the Pope-A-Dope

In Silvio Canto’s podcast:
The elections in Brazil with Monica Showalter of Investor’s Business Daily.

Posts from the prior week:
In transit, again

Eichmann’s true nature: 2 reviews of “Eichmann Before Jerusalem: The Unexamined Life of a Mass Murderer”

Could Mexico become the next Russia?