UPDATE, January 16,
Castro Re-Arrests Cuban Dissidents From the List of 53 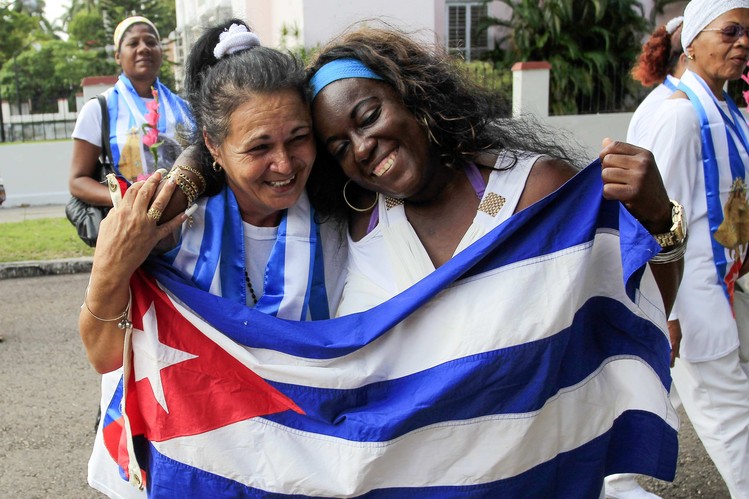 For more than nine years, I have tried to make my blog a repository of information, in English, about Cuban political prisoners. It rarely is an easy task — it’s not like the Cuban government provides an up-to-date list — but a major goal of my blogging has been to report the prisoners’ names and their stories so that they, and their captors, know they are not forgotten.

I wish the release of 53 political prisoners was a more joyful moment, that maybe I could retire this function of my blog. But there is nothing in recent developments that suggests that the released prisoners’ places in the Castro gulag won’t later be filled by others. And then there are those prisoners who apparently didn’t make the list of 53.

Here is Marc’s list with links; I cannot emphasize enough that these are not the only political prisoners in Cuba:

When Will Cuba’s Remaining Political Prisoners be Released?

Why didn’t it release the list on December 17th?

Here are a few clues:

The Administration insists that they were also part of the Obama-Castro deal. Of course, since they kept the list secret all this time, we’ll never know. So much for accountability and transparency.

One of the prisoners on the list, who was also released prior to December 17th, Marcelino Abreu Bonora, had been out of prison since October 24th. He was then re-arrested on December 26th (after the Obama-Castro deal), brutally beaten (click here to see evidence) and kept in a punishment cell for nearly two weeks before being re-released on January 7th.

Abreu Bonora’s case proves how fungible and fickle this deal is.

What’s clear is that the Obama Administration didn’t want to travel to Havana next week for further talks, while questions lingered about the unknown fate of these 53 prisoners.

Thus, after sitting on their hands for four weeks, they ratcheted the pressure on the Castro regime. Imagine that, pressure works.

(Additionally, most of the political prisoners were released on the “condition” they don’t renew their democracy activism — or face re-arrest — while many were at the tail-end of their sentences.)

But wait! There’s more!
Expelled Castro spy most likely to lead talks with U.S. in Cuba. Details at Cuba Confidential:

The Cuban delegation is expected to be led by Josefina Vidal, director of the North American Affairs Division within Cuba’s Ministry of Foreign Affairs. Vidal led the previous round of migration talks last July in Washington, D.C. A member of the Communist Party of Cuba’s Central Committee, Vidal was thrown out of the US in May 2003 as part of a mass expulsion of Havana’s spy-diplomats. For five years, her office also played a central role in the negotiations regarding the return of USAID contractor Alan Gross.