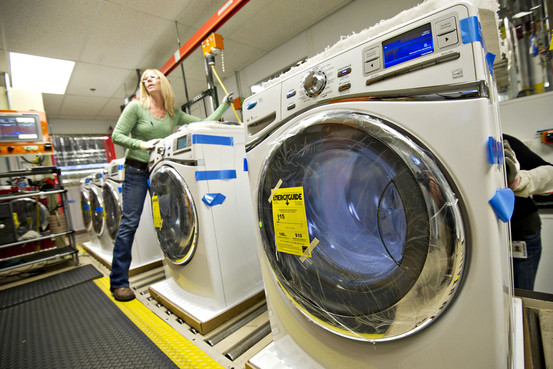 New U.S. claims for unemployment benefits unexpectedly climbed to a nine-month high last week, yet another setback to the frail economic recovery.

Initial claims for state unemployment benefits increased 12,000 to a seasonally adjusted 500,000 in the week ended August 14, the highest since mid-November, the Labor Department said on Thursday.

More like the recovery summer’s bust. Larry Kudlow has more on the Economic Lessons of the Summer Swoon: disinflation, dropping bonds, falling stocks, and this,

And let me repeat my own mantra: The Fed can produce new money, but it cannot produce new jobs. Fiscal policy — and its threat of overtaxing, over-regulating, and overspending — is what’s ailing the economy. And that threat is reverberating through stock and bond markets. (The stock market, by the way, is still about 11 percent below its late-April peak.)

The U.S. economy shed more jobs than expected in July while the unemployment rate held steady at 9.5%, a further sign the economic recovery may be losing momentum.

Economists polled by Dow Jones Newswires were expecting total nonfarm payrolls to drop by a smaller 60,000 in July.

The June data were revised down significantly. Payrolls fell 221,000 that month, more than the 125,000 drop previously reported, as only 31,000 jobs were added in the private sector.

Taking into account revisions to prior months this year, the U.S. economy added an average of less than 100,000 jobs a month in the first seven months of 2010, a level that isn’t strong enough to bring unemployment down.

The jobless rate, which is calculated using a separate household survey, held steady at 9.5% in July

Wait until the huge tax hikes go into effect next year, and it’ll be a lot worse. Of course, the media will tell you it’s all “unexpectedly”.

Has there ever been a Speaker of the House dumber than Nancy Pelosi in all of American history?

Talking to reporters, the House speaker was defending a jobless benefits extension against those who say it gives recipients little incentive to work. By her reasoning, those checks are helping give somebody a job.

“It injects demand into the economy,” Pelosi said, arguing that when families have money to spend it keeps the economy churning. “It creates jobs faster than almost any other initiative you can name.”

Pelosi said the aid has the “double benefit” of helping those who lost their jobs and acting as a “job creator” on the side.

If you think she was misquoted, theblogprof has the video:

She actually believes that. Too bad she can’t read The Classless Society,

By her logic, we could achieve full employment by laying everybody off.

Taxation does not create wealth. Taxation only uses wealth.

If you’re unemployed, you’re not adding value to the economy by your labor; you’re just using resources (unemployment benefits) of others who are adding value.

Jobs are created by reducing the cost of production, which enables employers to hire people. To create jobs, government must lower taxes, and lower the other structural barriers to employment, like reducing the minimum wage and reducing disincentives to fire people.

If you don’t understand why, read up on  Frédéric Bastiat.

Which surely must warm Nancy’s heart. After all, the San Francisco-Oakland-Freemont CA metropolital statistical area boasts a 10.1% unemployment rate, so surely all those unemployment checks must really be doing something for the economy. What that something is, Nancy only knows.

Yes, indeed, we’re in the best of hands.

UPDATE
(*) In Marty Feldman’s immortal line, “Could be worse, it could be raining”

As we know, President Obama has spent much time praising Spain as being a reference for the establishment of government aid to renewable energy. A role model, Spain?

This study, from the Universidad Rey Juan Carlos in Spain shows that the reality is quite different. After examining Spain’s experience with an aggressive wind-power program, the researchers concluded, among other things, the cost of creating a green job in Spain was 571,000 Euros each (so roughly $800,000), and for each green job created, two private jobs were lost.

The study also makes predictions in case the president pursues his green-job policy.

Therefore, while it is not possible to directly translate Spain’s experience with exactitude to claim that the U.S. could lose at least 6.6 million to 11 million jobs, as a direct consequence were it to actually create 3 to 5 million “green jobs” as promised (in addition to the jobs lost due to the opportunity cost of private capital employed in renewable energy), the study clearly reveals a tendency that means the U.S. should expect such an outcome.

And the US continues to be the only country in the world that prevents itself from developing its own oil and natural gas resources.

Jake Tapper managed to figure out that $160 billion divided by 1 million “created or saved” jobs equals $160,000 per job.

The White House is so shocked at Jake’s finding, they acuse him of calculator abuse.

As if one needed a calculator to figure that one. Of course, it’s abuse because Jake isn’t buying the White House line.

But wait, the folks at the White House DO need a calculator:

See! That makes it all right!

Excuse me know for a moment. I need to go “save or create” some housecleaning and laundry.