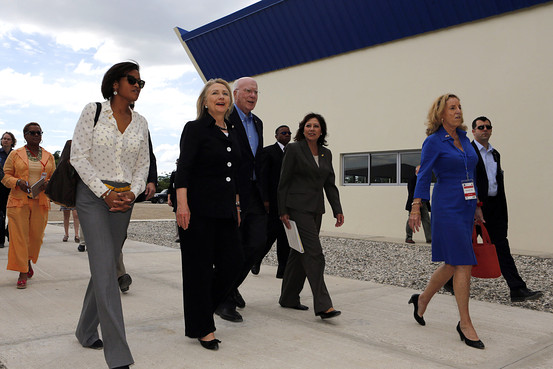 A brief Carnival this week,
BOLIVIA
NY Hasid resorts to hunger strike after nearly a year in Bolivian prison

BRAZIL
Brazilian politics
What Lula did next

CUBA
There’s a lot of public relations recently on Communist William Morgan:
George Clooney’s making a movie about him, George Clooney Puts on His Directing Helmet to Help Castro’s Cuba with ‘Comandante’, based on the New Yorker article, The Yankee Comandante
A story of love, revolution, and betrayal. Humberto Fontova‘s more realistic,

Something also tells me the film will be devoid of any input by Roberto Martin Perez and others who suffered the longest terms of political incarceration in modern history because of Morgan’s treachery. After all, their anti-Castro plot, as the New Yorker article explains (echoing Castro) had nothing whatsoever to do with restoring Cuba’s freedom. Instead it was inspired by the wicked dictator Rafael Trujillo.

According to Armando Lago about 2000 Cubans were murdered by firing squad while Morgan loyally served Castro. Indeed in 1959-60 many of the men and boys cramming La Cabana’s galeras were were there because of Morgan’s treachery.

Morgan lived in a mansion during this time, had a fancy car and owned a frog farm. Might it occur to Clooney to ask how this AWOL GI, deadbeat-Dad and ex-con managed to acquired these luxuries? In fact they were all stolen at gunpoint from their rightful Cuban owners. “Bienes Malversados”–INDEED!

O’Grady: Castro Endorses Obama
The dictator’s daughter gets a visa to make speeches here while the regime continues to hold an American hostage.

Another Cuba-related Law Heads to Court

SURINAME
Suriname’s president
Catch me if you can
Legal troubles? Run for office

The week’s posts,
Funereal erection, while “Chavez’s days are numbered,”

The stakes are high. Bolivian drug trafficking has become a domestic issue for Brazil, which has become one of the world’s biggest consumers of cocaine amid a decadelong economic boom. Brazilian officials say much of the cocaine consumed in Brazil either originates or passes through Bolivia.

Chilean power firm Colbun puts project on ice
One of the two firms planning to build the giant HidroAysen dam in Chilean Patagonia has frozen the project, citing lack of government backing.

In an interview with RCN Radio, priest and Venezuelan journalist, Father Jose Palmar, said FARC leader Rodrigo Londoño, alias “Timochenko,” and two other members of the FARC secretariat frequently spend the night at the estate of Adam Chavez, brother of President Hugo Chavez and governor of the Venezuelan state of Barinas.

“Part of the FARC Secretariat live in Venezuela,” said Palmar who is a priest in the Venezuelan city of Maracaibo and often crosses the border. “That I can assure you,” he added.

Palmar is an open critic of the Chavez government and swears that the 19th, 41st and 59th fronts of the FARC operate with impunity in the Venezuelan state of Zulia. It is from here, he claims, that they organize raids in Colombia, such as the attack by the 59th Front Monday which killed 12 Colombian soldiers in the department of La Guajira.

HONDURAS
Despite Deaths in Honduran Raid, U.S. to Press Ahead With New Antidrug Policy

Honduras sets up anti-corruption body
The Honduran government has set up an anti-corruption commission to target rogue officials in the judicial system and police force.

Dan Rather says Chavez’s cancer is “at end stage”.

Venezuela bans private gun ownership
Venezuela has brought a new gun law into effect which bans the commercial sale of firearms and ammunition.

Brazil power: Spain out, China in.