The Maduro regime decreed on July 22 that

Vice news first reported on it on July 28th; I linked to it the following day.

Zero Hedge and HotAir also had it on July 29. PowerLine posted on it on July 30.

VN&N had it as part of a larger post on July 31st, and included an image of the decree’s text:

CNN Money reported on it yesterday. Ed Driscoll, who notices LatAm stories at Instapundit, linked to it today.

Newsbusters noticed that Over a Week Later, Forced Labor Decree in Venezuela Is Still Not News at AP, NY Times.

But never mind, we already know how those things go:

After he expressed his desire to leave Cuba, Mr. Ramirez lost his job at the rayon factory, and for the next five years, he worked in the fields outside Matanzas, chopping hemp plants used for making rope.

“Five years,” Mr. Ramirez says. “The same as Russia sends people to Siberia, they send the dissidents to the fields of Cuba to work. Seven in the morning until 7 in the afternoon.”

Argentinian Falklands veterans take ‘torture’ case to international arena
Veterans of the 1982 conflict recount their ordeal and the anti-Semitic abuse they faced in a press conference, including instances of beatings and sexual violence

Argentinian Falklands War veterans who accuse military officers of torture during the 1982 conflict will take their case to an international appeal court after Argentina’s highest court ruled the alleged offences’ statute of limitations had expired.

Mario Volpe, the president of the CECIM Falklands veterans’ association, said his organisation had asked the inter-American court of human rights to rule on whether the Argentinian state had deprived the former soldiers of “the right of access to justice and right to the truth”.

CECIM has gathered together some 150 complaints of former servicemen against their officers during the military dictatorship’s ill-fated invasion of the Falklands, which include instances of beatings, sexual violence, cruel immobilising practices in the absence of punishment cells and the application of electric shocks.

Their case had previously been dismissed under the statute of limitations, now they are appealing to the OAS’s International Court of Human Rights.

For her part, Cristina said, good luck with that “I hope you go to the inter-American Court; I’m sure you will be listened to.”

I’m still reading The Real Odessa: How Peron Brought the Nazi War Criminals to Argentina and highly recommend it. 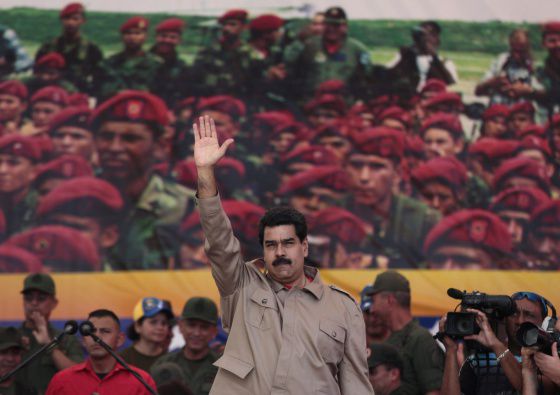 The Venezuelan government has authorized its military to fire upon civilians at rallies and public demonstrations:

The resolution makes no distinction between peaceful or violent demonstrations, and may most likely be unconstitutional (link in Spanish), but, as Emiliana Duarte points out,

There’s a grim kind of tradeoff at play here: the government’s relaxed brutality when it comes to Human Rights affords them the time to hesititate over the economic shitstorm that’s creating the protests they will need to repress in the first place.

And, really, who’s to argue against expediency for the sake of peace?

Pres. Obama gave a speech the week before Christmas, and everything was taken care of: Cuba’s outdated Cold War mentality magically transformed into an age of enlightenment and human rights. 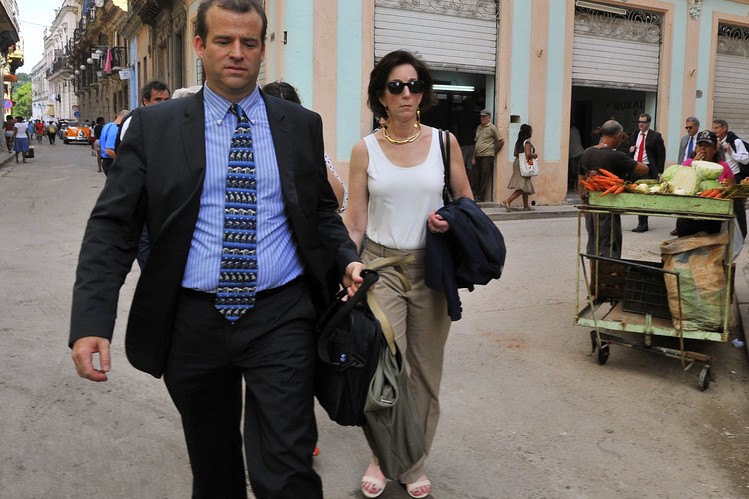 Back in the olden days enlightened despots

did not propose reforms that would undermine their sovereignty or disrupt the social order.

The Vietnam outcome is what the Castros are counting on: a flood of U.S. tourists and business investment that will allow the regime to maintain its totalitarian system indefinitely.

UPDATE,
Linked to by Pirate’s Cove. Thank you! Maria Werlau of Cuba Archive writes about how Cuba refuses to tear down its wall (h/t Asher):

Barbed wire, high fences, mine fields, watch towers, ferocious dogs, and sharpshooters firing at unarmed civilians…the tropical version of the Berlin Wall prevents escapees from reaching the U.S. naval base in Guantánamo. Cuba’s distinctive version of the barrier extends into Guantánamo Bay, where border guards fire from patrol boats or throw grenades at anyone trying to swim to the base.

In the mid-1990s, Cuba built a sea wall, visible on Google Earth. Its movable net allows authorized maritime traffic but is manned by guards trained to trap swimmers trying to get to the base.

While the NYT pushes for the end of the so-called embargo,

Cuba’s Penal Code (Article 215) continues to forbid citizens from leaving the island without prior government authorization. Attempting to do so is punishable with years of prison. Stealing or hijacking a vessel to flee can lead to capital punishment.

The Cuba Archive has documented 80 people killed or missing in attempts to reach the base.

Venezuelan Court Bars Defense for Opposition Leader
As Leopoldo López’s trial got under way Wednesday for allegedly inciting violence in a bid to topple the government, his defense faced a problem: They were banned from calling witnesses and evidence on his behalf.

In addition to not being able to call 63 witnesses the defense had proposed, the court barred Mr. López’s defense team from presenting 18 videos taken by journalists at the protest. Hearing from those witnesses would provide clarity over what happened, said Mr. Gutiérrez, because the prosecution is accusing protesters of throwing Molotov cocktails at the Attorney General’s Office. He said no images have emerged depicting that kind of violence.

Meanwhile, the court ruled that the prosecution is permitted to call more than 100 witnesses, mostly government employees.

Freedom House’s Freedom of the Press 2014 report on the conditions journalists face in Mexico,

Impunity for attacks on the press can be attributed in large part to a combination of state and local authorities’ ineptitude and their involvement with or fear of organized crime groups. Federal authorities are not fully trusted by journalists either, though federal prosecutors can claim more professionalism and distance from the corruption and threats that impede subnational officials. Statutes that took effect in May implemented a 2012 constitutional reform empowering
the Office of the Federal Special Prosecutor for Crimes against Free Expression. Prior to the implementing regulations, the office had lacked the authority to assert jurisdiction over cases and had achieved just one conviction in six years. Despite the changes, Special Prosecutor Laura Borbolla was initially hesitant to claim jurisdiction without state officials’ approval. By August
her office had taken on only one homicide case, the 2008 murder of El Diario de Juárez police reporter Armando Rodríguez Carreón.

According to Human Rights Watch, another federal program, the Protection Mechanism for Journalists and Human Rights Defenders, was “seriously undermined by a lack of funds and political support at all levels of government.” Journalists and human rights defenders who sought risk assessment and protection measures faced long delays and inadequate safeguards. Some journalists do benefit from the program, such as Emilio Lugo, editor of the Agoraguerrero news website, who was relocated from Guerrero after his investigations and criticisms of state
authorities resulted in threats. Although there is no confirmed count of Mexican journalists in exile, tenuous security conditions have prompted several to leave the country. Verónica Basurto, an investigative television reporter in Mexico City, criticized the federal protection process as inadequate and fled to Europe after receiving multiple threats. Miguel Ángel López, whose
journalist father and brother were murdered in Veracruz in 2011, received asylum in the United States in June.

In our hemisphere, Mexico, Honduras, Cuba, Venezuela and Ecuador do not have a free press.