And no, I am not fixated on chest hair in spite of two other posts on the subject. But, since it’s an opportunity for more Rule #5 blogging and y’all know I love Hugh Jackman, here he is at the beach… again: As you probably have noticed, I have been rather worried that a traditional sign of masculinity is being yanked out of existence right under our very eyes.

Following up on the Rule #5 posting, I came across a post on (who else!) Hugh Jackman. Hugh Jackman, at the beach, with the chest follicles clearly on display. The perfect way to start the week.

UPDATE
The Anchoress sends more good news,
Goodbye skinny metrosexuals, the beefcake is back
Metrosexual twigmen who admire your shoes are all very well in good times, but when the going gets tough, what you actually want is a REAL man, says Tanya Gold.
I’m very picky and appreciate a REAL man who admires my shoes, but let’s not split hairs here. Gold is right on the money,

They have been replaced by Hugh Jackman, the massive Australian with the massive chest, and Clive Owen, the British Sin City star with the nasty growl.

Oh yes, Clive. Another old fav of mine, who also remains unwaxed, She also mentions Daniel Craig, who looks good but manages to sound stupid on ocassion (after all, nobody’s perfect): It is better to have a man who can mend things for you. And butcher sheep. And build houses and grow vegetables and make things out of bits of wood.

Won’t you feel safer? Won’t you feel better, knowing that there is a serious lump of muscle between you and the cold, cruel world outside?

Then there is sex. Shopping may be dead, but sex is one of the few commodities that is booming. All the supermarkets are reporting increased condom sales. Because sex is a cheap form of entertainment and it is also comforting.

I believe the boom and all the aspirational rubbish that went with it was essentially about denying who we were. Look, I have a handbag/ dress/car/tiara fit for a princess! Except I wasn’t a princess, I was a journalist. And now I am a journalist in a lot of debt.

And now we can’t afford to pretend to be other people, we can have better relationships. A real person with another real person? Who could believe it?

Hardship gives great love, if you let it.

Do you remember the Blitz? Everyone had great sex in the Blitz, even my Auntie Marie, who hated men.

And who do you have sex with? Big, brawny, hairy men, proper men, that’s who.

No, I won’t be posting photos of The Husband. But Gold is right. 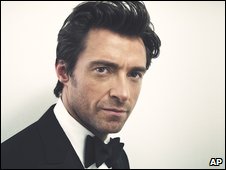 Please scroll down for the Mumbai updates

My latest post, Heading to Australia Today is up at LadyBlog.