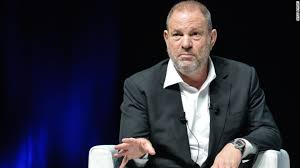 Stopping Weinstein and his enablers require a better culture.

Read my post, Has anyone gone to the movies recently?

I wasn’t going to post more on the pedophile rapist, but changed my mind after watching this at Big Hollywood:

Listen to Whoopie: “Whatever Polanski was guilty of, it wasn’t rape-rape.”

Let’s review what Polanski actually did:
First, Polanski, who was 44 yrs old, gave a 13-yr old child a Quaalude and champagne. Then he got going.

What I’m going to post is not suitable for work, so it’s below the fold:
END_OF_DOCUMENT_TOKEN_TO_BE_REPLACED

…to be a servant to our president:

Excuse me, but that is exactly what’s wrong with places like North Korea, Cuba, Zimbabwe and all the other hellholes in the world. Their people are, indeed, servants to their presidents.

The text of that video must have been written by not very bright sixth-graders who don’t understand what the hey are the implications of pledging to be A SERVANT to a head of state means.

Nothing is more insulting to the American public’s intelligence than to have this self-absorbed uneducated self-deluded fools telling them to be “servants to our president.”

Why don’t they, instead of nauseating us with their vacuous platitudes, go and visit the men and women who are serving our COUNTRY in our all-volunteer army, and thank them for their service?

I’m with Andrew Breitbart, who came out and said, I Pledge to Ridicule Celebrities Who Refuse to Recognize We Are At War With People Who Want to Kill Them, Too:

Missing are pledges not to kiss the ring of Fidel Castro, Hugo Chavez and other pledged enemies of America. Nor are there pledges not to make movies that glorify these tyrants. Nor are there pledges to take seriously that we are at war, will continue to be at war under President Obama and that our precious and under-appreciated military is fighting an avowed and evil enemy — so that, among other things, Hollywood can continue to make decadent crap that actually motivates our enemy to fight us harder!