General Rubén Darío Alzate said in televised remarks that he was resigning after violating security protocols by straying too far into a dangerous area without sufficient protection.

Former president, now senator Uribe is demanding that Pres. Santos explain to the country (##SantosExpliqueleAlPaís) the photo-op of Alzate with a former terrorist, which Uribe finds demeaning,

Here’s the photo, which was taken prior to Gen. Alzate’s release, showing him with Félix Muñoz Lascarro, alias ‘Pastor Alape’, one of the FARC’s negotiators in Havana. The caption reads, “Commander Pastor Alape and General Rubén Darío Alzate. Peace will triumph.”

UPDATE:
Why Colombia’s War Against the FARC Isn’t Over Yet

As predicted, Pres. Obama granted amnesty to an untold number of illegal aliens. Walter Russel Mead has some thoughts on the subject: Obama’s Big Miscalculation
President Obama’s new initiative is unlikely to succeed politically—in part because Democrats are overconfident that rising Hispanic immigration will deliver them a permanent, left-leaning majority.

In many ways Latinos face less prejudice than Jews or Italians did in the 1880s, and have more opportunities to integrate into American society at large than those earlier generations of immigrants did. The evidence if anything suggests that Hispanic immigrants are more open to the cultural influences of American political and social ideas than were earlier waves. While very few Italian, Jewish or Greek immigrants, for example, converted to evangelical Protestantism, 24% of hispanic adults in America are now former Catholics. Hispanics are a large and varied group, but by and large they are learning English, starting businesses, joining Protestant churches and voting Republican at levels that suggest that they are anything but a permanently alienated racial underclass in formation.

And then there’s the Democrats’ assumption that “Hispanics” are a homogeneous group.

Authorities are investigating allegations that the companies formed a cartel to drive up the value of contracts with state-controlled energy giant Petróleo Brasileiro SA PETR4.BR +11.89% and paid bribes to the Petrobras executives and Brazilian politicians.

The prosecutors’ targets include Brazilian-based multinational construction companies Odebrecht, Queiroz Galvão and OAS, who together are partners in billions of dollars of contracts for the Games in Rio de Janeiro.

Mexico Is Fed Up and This Time, It’s Different

Mexico’s Holy Warrior Against the Cartels
Padre Goyo, with his clerical collar and his bulletproof vest, is an icon for those fighting drugs and corruption. But some in the church think he goes too far.

Remains of Father John Ssenyondo found in grave near Iguala in the Mexican state of Guerrero. Please pray for repose of his soul.

NICARAGUA
Yeah, right, Nicaragua canal: Construction to begin in December. Heed my advice and don’t be the next Lord Crawley.

PERU
Peru Introduces Measures to Boost Economy
Peru’s government plans to cut taxes and boost government spending to give a shot of growth to the weakening economy.

PUERTO RICO
Opinion: Puerto Ricans will be hurt the most by President Obama’s executive action

VENEZUELA
Alek Boyd tells us how he was robbed of his lap tops, and only them

Venezuelan Consumers Get Creative Amid Shortages

The week’s posts and podcast:
The Iran-Cuba-Venezuela Nexus

Chile: Blowing up the ATMs

Amnesty: I told you so UPDATED

At Da Tech Guy Blog:
Amnesty: A slap in the face to all of us, not just to #Fruitpickers and #Bedmakers

Why weren’t taxes an issue in the last election? 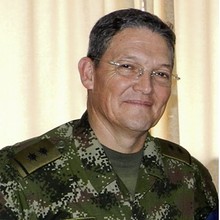