Ah, for the optics!

My friend Silvio Canto, Jr. was keeping track of how many times the Hotel Saratoga, where Nancy Pelosi stayed during her Havana junket, had been expropriated by the Communist regime. He found out it was expropriated twice: once in 1959, and again in 2011:

And for giggles, he had Coral Capital’s two senior executives in Cuba, Amado Fahkre and Stephen Purvis, imprisoned in the notorious torture facility known as Villa Marista (akin to Moscow’s infamous Lubyanka).

Fahkre and Purvis spent nearly two years arbitrarily imprisoned, had all their assets confiscated and were finally expelled to Britain.

Purvis, as you may recall, does not hold fond memories of the sixteen months he was jailed, and Coral was contemplating suing the Cuban regime for the $20+million it seized.

Indeed, the Saratoga ought to be an object lesson to all who contemplate investing with the Cuban regime; a lesson lost on Nancy. 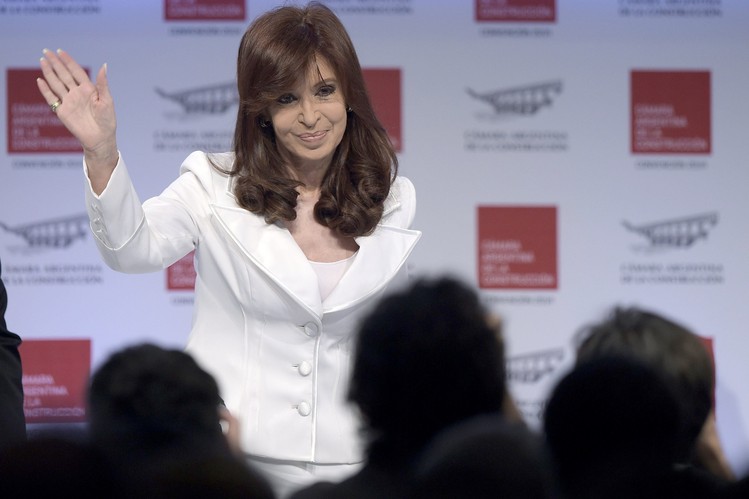 Last week, federal agents raided the office of the Kirchner family hotel company, Hotesur, as part of an investigation by Federal Judge Claudio Bonadio into allegations that the company hasn’t filed financial statements for years.

Investigators said that when they arrived at Hotesur’s registered headquarters in downtown Buenos Aires, they found abandoned office space.

Since the raid, the government has issued scathing attacks on the judicial system, saying Judge Bonadio is overreacting to a minor matter of missing paperwork.

In a message posted on the presidency’s official Twitter account, Mrs. Kirchner claimed Judge Bonadio owns a stake in a company whose paperwork isn’t up-to-date: “This is just like Hotesur. Will some judge now order a raid?”

Congresswoman Margarita Stolbizer filed a criminal complaint against Kirchner and Lázaro Báez, a longtime family friend and business partner of the Kirchner, amid allegations of money laundering.

Venezuelan President Hugo Chavez’s allies may lose elections this weekend in a third of the country’s states and dozens of cities four years after winning near-total control of the regional governments.

Chavez may respond by grabbing more power for himself, continuing on a path toward centralized control that critics say borders on authoritarianism.

“Chavez is autocratic and doesn’t want to share power,” said Milos Alcalay, 63, Venezuela’s former ambassador to the United Nations. “He’s already said he will try to put new structures above and below opposition governors.”

A majority of Venezuelans still support Chavez, 54, a charismatic leader who took the presidency in 1999 promising to empower the poor. His party won control of all but two of the country’s 23 states in 2004.

Now many voters are souring on his socialist political project as oil revenue plunges, development projects get delayed and crime spirals upward. Last year, voters narrowly defeated a constitutional overhaul that would have abolished term limits that require him to relinquish the presidency in 2013. Polling firm Datanalisis has projected opposition parties have a chance at winning as many as eight governorships this year as voters grow restive.

“If they evaluated the job that regional governments have done, and the majority of them are pro-Chavez, it doesn’t look good” for Chavez, Luis Vicente Leon, a Datanalisis pollster.

Scrambling to regain lost ground, Chavez has been holding campaign rallies almost every day for a month in states and cities with tight races and denouncing his opponents as corrupt betrayers of his socialist revolution.

Chat’s open by 9:45AM and the call in number is 646 652-2639. You can also subscribe to the podcast’s feed and through iTunes and listen to the archived podcasts at your convenience!