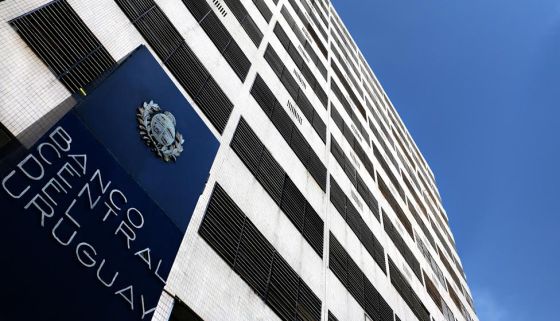 Magdalena Martinez’s report lays it on the line:

In practice, the greenback continues to be a safeguard against inflation, an endemic ailment of many Latin American economies. Every month, at a rate of 7% or 8%, the rise in prices eats away the Uruguayans’ peso purchasing power.

Martinez’s article quotes an economist who says that back in the bad old days inflation was 100%. I don’t know if he meant 100% per month, but if he can’t figure out that a monthly inflation rate of 7% to 8% compounds to an annual rate well exceeding 100%, maybe he ought to go back to school.

Steve Hanke has pointed out that dollarization allowed Ecuadorians

to import a vital element of the rule of law — one that protects them from the grabbing hand of the State.

Dollarization brought great benefits to the Ecuadorian people, as Steve Hanke (who 14 years ago was the chief intellectual architect of Ecuador’s switch to the dollar) points out,

Prof. Hanke also knows that going off the dollar will have dire consequences for Ecuador’s economy:

“If you go off, the fiscal deficit gets bigger, the level of debt gets bigger, inflation goes up and economic growth goes down. All the economic indicators just go south.”

So pres. Rafael Correa is attempting to de-dollarize, but not blatantly. How so?

Ecuador’s e-money initiative, which kicked off earlier this year after the country outlawed bitcoin, is about to see wider institutional involvement following a government directive.

The country’s banks were ordered late last month to adopt the payment system within the next year, according to a report by Pan-Am Post’s Belén Marty. The pace at which the banks are required to add support for the initiative, which is a digital representation of the US dollar – Ecuador’s official currency – depends on their size.

So it’s not even bit-coin, but it’s compulsory:

The nation’s central bank has given them 360 days to get on board, with a mandate inResolution 064-2015-M, released on May 25 in the official register.
. . .
The resolution gives a sweeping and vague definition of “macroagents” for adoption: “companies, organizations, and public or private institutions; financial institutions of the popular and cooperative system; that maintain a network of establishments available for clients and are capable of acquiring mobile money, distributing it, or converting it into varieties of money.”

The dollar is taken out of the picture, and protection from “the grabbing hand of the State” is erased. Hasta la vista, baby!

Because at some point, investors may suddenly realize that America’s already somewhat devalued currency should not be trusted.

As Senator Judd Gregg, a New Hampshire Republican and noted budget hawk, said recently, “We’re basically on the path to a banana-republic type of financial situation in this country … You can’t keep throwing debt on top of debt.”

Indeed, the evidence points to a nation fairly far along that path. Healthcare reform is supposed to be deficit neutral — everything paid for via spending cuts or tax increases — while also helping bring government’s overall long-term budget into balance.

But to keep the 10-year price tag under $900 billion, Democrats have quietly shunted $247 billion in spending for Medicare physician payments into a separate bill. And no effort is being made to pay for it.

Just as egregious, though less expensive, is the Obama administration’s $14 billion plan to send a $250 “stimulus” check to 57 million American Social Security recipients in lieu of an annual cost-of-living increase.

“In effect, a COLA was paid on inflation that no longer existed,” notes Andrew Biggs of the American Enterprise Institute.

So even though none of this makes seniors essentially any worse off, Uncle Sucker is still going to cut them a check.

Two examples — one ridiculously expensive, one just ridiculous. But both reveal a nation completely unwilling to deal with current trillion-dollar deficits or long-term shortfalls many multiples of that number.

What confidence should dollar investors have that America will really cut entitlement spending? Very little. Instead, we are more likely to see huge tax increases that could cripple productivity, or further dollar neglect, or a central bank that turns dovish on inflation. Or perhaps all three.

If Washington doesn’t care to support the dollar, why should investors?

As for the rise in the stock market, I have already stated that the amount of money the Fed injected into the economy would find its way to the markets. The second stage is the inflation combined with tax increases.

It’s going to get worse.

The aftershocks of the global financial crisis may now be propelling the dollar back to the political forefront. The greenback’s continuing slide makes it a handy metric that neatly encapsulates America’s current economic troubles and possible long-term decline. House Republicans for instance, have been using the weaker dollar as a weapon in their attacks on the Bernanke-led Federal Reserve.
…
A recent Rasmussen poll, for instance, found that 88 percent of Americans say the dollar should remain the dominant global currency. Now, the average voter may not fully understand the subtleties of international finance nor appreciate exactly how a dominant dollar has benefited the U.S economy. But they sure think a weaker dollar is a sign of a weaker America.

And that’s the political problem for the Obama administration. Its benign neglect of the dollar is another example of an economic policy — along with TARP and the $787 billion stimulus — that the White House thinks is helping the economy, but many Americans find wrongheaded.

As you may recall, rumors abound on whether Gulf Arab states were in secret talks with Russia, China, Japan and France to replace the dollar as the currency used on oil trading.

As James points out, the huge deficit is a big threat to the stability of the dollar. The bad thing is, every aspect of fiscal policy the current administration is implementing will increase that deficit. In today’s podcast: The Ecuadorian government has issued an arrest warrant for journalist Rómulo López. His son, Rómulo López Jr, and Eneas Biglione of HACER visit the podcast and talk about the case, the de-dollarization of the currency, the Iranian shipment and the upcoming election.