she needs a little cream cheese on it!

My latest at Da Tech Guy Blog, A makeover for . . . cream cheese?

My latest, No, Joe, illegals are not citizens at @DaTechGuyBlog. 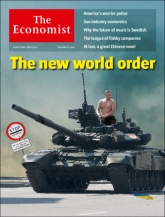 Mr Putin’s new order, in short, is built on revanchism, a reckless disdain for the truth and the twisting of the law to mean whatever suits those in power. That makes it no order at all.

Some of the more unsavory heads of state in Latin America have been borrowing a page from Putin: Last year I posted on Mary O’Grady’s article on how Cuba Studies ‘Putinismo’ for Survival Tips

behind the scenes, putinismo blends authoritarian political control and crony capitalism to produce a lock on power.

It’s not only indirect “putinismo”: Putin has been interested in Latin America all along.

Russia has been cruising through the region for quite a while.

Lefties firmly believe the deceased Hugo Chavez “improved the economy drastically and ameliorated poverty drastically” because GDP went up, and fewer people were living below the poverty line by the time he died last year.

The numbers are there: GDP did go up, and yes, fewer people were listed as living below the poverty line. Whose numbers?

The numbers came from the Venezuelan government.

The International Monetary Fund keeps a List of IMF Member Countries with Delays in Completion of Article IV Consultations or Mandatory Financial Stability Assessments Over 18 Months. As of the writing of this post, Venezuela hasn’t held an Article IV consultation with the IMF in 99 months.

Let me translate that into plain English: The Venezuelan government has not allowed its own numbers to be verified for almost a decade.

Read the rest of my article at Da Tech Guy Blog

Must-read: The hidden numbers of Chávez’s legacy, by @danielragua

Linked by Doug Ross. Thank you!

My latest article at Da Tech Guy blog, Marco Rubio at #CPAC2014: “America must be involved in leading the world”