Congressional negotiators struck a deal Thursday that overturns the new rules that were to have banned sales of traditional incandescent light bulbs beginning next year.

That agreement is tucked inside the massive 1,200-page spending bill that funds the government through the rest of this fiscal year, and which both houses of Congress will vote on Friday. Mr. Obama is expected to sign the bill, which heads off a looming government shutdown.

The Dems haven’t passed a budget in 3 years, but I won’t look like Lilly Munster – hooray! 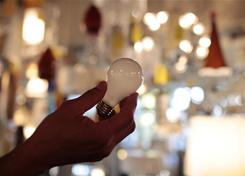