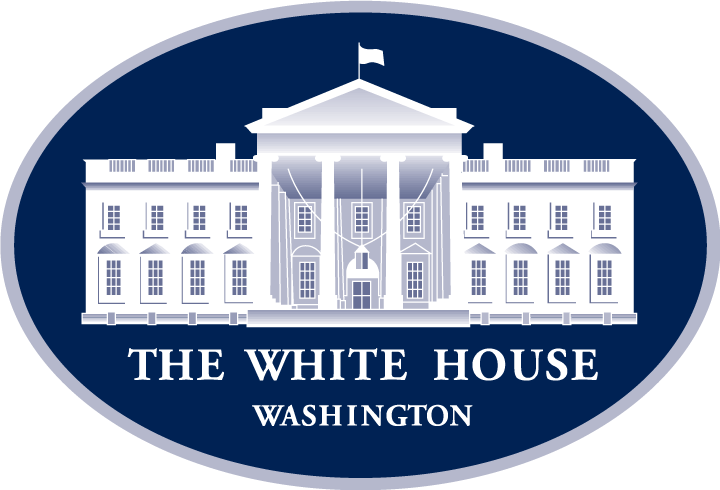 Brazilian blogger Rafael Merlo of Observatório Conservador, who uncovered Dilma Rousseff’s fake Twitter followers back in July, is petitioning the White House, and emailed me the following (emphasis added),

Two weeks ago (26/10) took place the presidential election in Brazil. By a narrow gap of votes (3%) Dilma Rousseff, the current president and candidate for the socialist Workers Party, was reelected.

Although the international community reported the election as democratic, this is not the perception of significant part of the Brazilians. The election was marred by allegations of corruption and embezzlement of public funds by the Rousseff’s campaign. Other sordid attitudes were taken by the socialists during the election, for example:

– the constant threat of ending the food allowance of the poor people if Rousseff was not reelected;
– attack to the building of the largest circulation magazine in the country, which had denounced government corruption;
– incitement to prejudice and confrontation between Brazilians from the south and north, etc.

But what’s even scarier is that there were evidences of fraud in the elections, and the Brazilian authorities are silent about that. The Superior Electoral Court, the highest court of the election, is chaired by a Workers Party former lawyer. The defeated candidate Aecio Neves, who belongs to the Social Democratic Party, accepted the result quickly and without question. People are outraged and there is no leadership to guide them and give them voice.

That growing wave of outrage is taking the streets. Last Saturday, thousands of people protested in major cities across the country calling for an audit of the election, the investigation of complaints and, if proven, the impeachment of President Rousseff. All this is being muted and distorted by the Brazilian media, which is totally left-biased.

Rousseff and the Workers Party are implanting the Bolivarian comunism in Brazil. And that should concern the Americans as well, because the growth of bolivarian regimes in Latin American is the result of a major plan put into action by an international enemy called Sao Paulo Forum. The Sao Paulo Forum is the most powerfull political organization in Latin America. It was created in the 90’s by Fidel Castro and Lula to “recover in Latin America what was lost in Eastern Europe”. You can read more about the Sao Paulo Forum here:http://bit.ly/1usa4DV.

With the petition to the White House (http://1.usa.gov/1tJ5bUN) the Brazilians are not expecting any kind of support from president Obama itself, of course, because we know well what we can expect from liberals. But the White House and the US government is much more than Obama and the liberals: we would like to talk to the good American citizens concerned with the future of our continent. And this petition serves two purposes:

1) call the attention of Americans regarding the political situation on the continent, especially the alignment of the Bolivarian communist regimes with declared enemies of the United States, such as Russia and Iran.

2) put in circulation in the US and international media the name of the real enemy that must be fought on the American continent: the Sao Paulo Forum, the agent that is creating a new soviet union in Latin America.

I would be very grateful if you could help spread this petition among your family, friends, and readers of you website: http://1.usa.gov/1tJ5bUN

The petition reads,
WE PETITION THE OBAMA ADMINISTRATION TO:
Position yourself against the Bolivarian communist expansion in Brazil promoted by the administration of Dilma Rousseff

On 10/26, Dilma Rousseff was reelected, and will continue his party’s plan to establish a communist regime in Brazil – the Bolivarian molds propounded by the Foro de São Paulo. We know that in the eyes of the international community, the election was fully democratic, but the ballot boxes used are not reliable, apart from the fact the heads of the judiciary, are mostly members of the winning party. Social policies also influenced the choice of the president, and people were threatened with losing their food allowance if they do not re-elect Dilma. We call a White House position in relation to communist expansion in Latin America. Brazil does not want and will not be a new Venezuela, and the USA that need help the promoters of democracy and freedom in Brazil.
Created: Oct 28, 2014

Neves’s acceptance of the results may be due to several factors, which, unfortunately, I am unable to discuss since I am not well-versed enough on Brazil’s internal politics. However, Merlo is accurate when he says that the Foro de Sao Paolo was Castro and Lula’s creation.

Professor Luis Fleischman points out regarding the election,

The vote shows a deep division in the country between the richer South and the poorer North. The North has been the largest recipient of social welfare programs from the Federal government. It is precisely because of these welfare policies that a large majority of people in the North voted for Rousseff, giving her a narrow margin of victory. . The business sector, unhappy with high taxes and other obstacles imposed on them definitely voted against Rousseff. The middle class, that was the key to the protests over the poor quality of health and educational services last year, also voted against Rousseff.

Bottom line, it is populist policies that enabled Rousseff to get reelected.

Populism is not just an economic burden. It also makes the party in power feel more complacent and entitled as it enjoys a degree of popularity.

A lesson Americans should keep in mind. 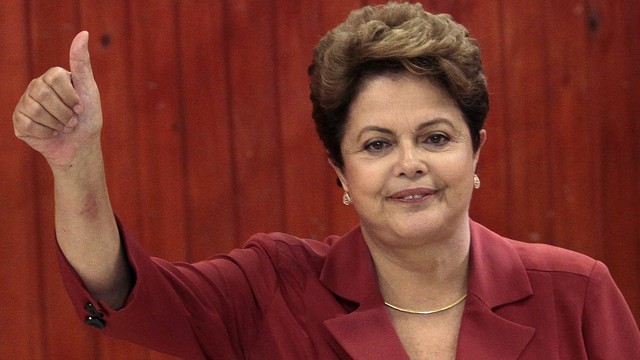 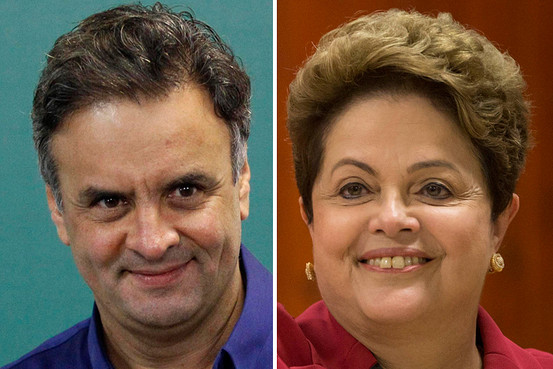 I wrote today on What may be the most consequential election of the decade. Go read it at Da Tech Guy Blog.

While the local and international press were busy talking about Marina Silva, voters were looking at pro-market senator Aécio Neves:

Mr. Neves has said he would go after Ms. Rousseff on what he considers her vulnerability: Brazil’s struggling economy. He has vowed to slash government ministries, simplify Brazil’s tax code and tackle inflation.

Popular with investors and businessmen, Mr. Neves has said that, if elected, he would appoint respected economist Arminio Fraga, the former head of the central bank, to be his finance minister.

The reason for Neves’s ascendance?

the economy is undergoing a wrenching U-turn. Brazil slipped into recession this year after four years of stagnation, and inflation is on the rise. The state-owned oil company Petróleo Brasileiro SA is mired in alleged embezzlement and other scandals. Since Ms. Rousseff took office, the real has lost a third of its value against the dollar and the stock market is down by 21%.

The question is, Does Aécio have the personality to sway the uneducated, low-information, low-income voter?