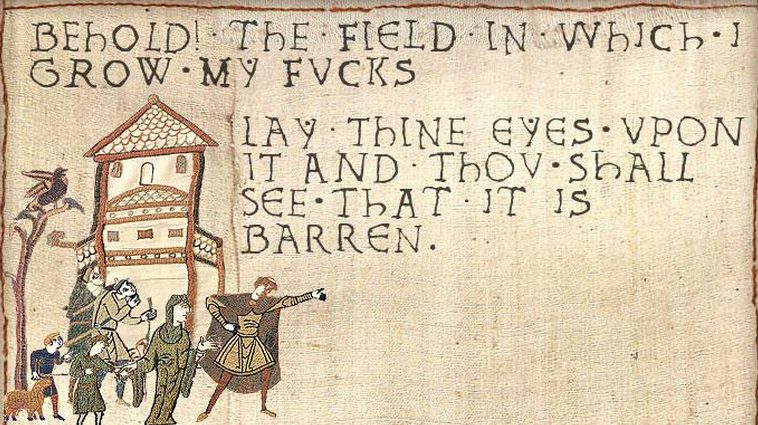 In contrast to Maxine, Dave Rubin sees a return to civility:

Had a great birthday in Napa, thanks for all the nice wishes. Over a great bottle of cab I had a thought. The Age of Civility is dawning. You can’t see it from the usual suspects, but there’s a massive, growing group of people over the hate, outrage and personal attacks.

@HeatherEHeying, @CHSommers are teaching old truths via new technology. @clairlemon is doing real journalism via @QuilletteM. @benshapiro is changing minds with facts. We don’t have all the answers but we respect you enough not to pretend that we do. I’m psyched for the future…

Civility involves respecting yourself and others.

In order to respect others, you must respect yourself.

Joe Cocker had something to sing about on respect (emphasis added):

If you disrespect anybody that you run in to
How in the world do you think anybody’s s’posed to respect you
If you don’t give a heck ’bout the man with the bible in his hand
Just get out the way, and let the gentleman do his thing
You the kind of gentleman that want everything your way
Take the sheet off your face, boy, it’s a brand new day.

If you’re walking ’round think’n that the world owes you something cause
You’re here you goin’ out the world backwards like you did when you
Put your hand on your mouth when you cough, that’ll help the solution
Oh, you cuss around women and you don’t even know their names and you
Dumb enough to think that’ll make you a big ol man

Start with respecting yourself.

And before you answer with whataboutitsm, remember If you don’t respect yourself
Ain’t nobody gonna give a good cahoot.

If you cannot discuss a point without descending to yelling, ad hominem and name-calling, I sincerely – in Joe’s immortal words – ain’t gonna give a good cahoot.

It may not amount to much, but at least it’s a start towards civility.

As you know, I’m convinced that American politics has descended into contrived hysterics over every darn thing. I facetiously asked,

What should I wear to this week's political theater?

The latest news is that not only it’s political theater and contrived hysterics; it’s crazies all the way down:

Maxine Waters calls for attacks on Trump administration: "If you see anybody from that Cabinet in a restaurant, in a department store, at a gasoline station, you get out and you create a crowd and you push back on them, and you tell them they’re not welcome anymore, anywhere." pic.twitter.com/jMV7wk48wM

We are rapidly approaching the point where there won’t be any alternative but to fight fire with fire. Where does Waters do her grocery shopping? Where does she gas up her car? Does she go out to eat? Does she attend movies or concerts? Does she walk on foot to her House office? Any time Maxine Waters is in public, why doesn’t she fear that a mob of conservatives will descend on her like the mobs of Democrats she incites?

If you establish the principle that harassing political opponents in their private lives is permissible, believe me, they will do it. Let me tell you what that will lead to: an escalating spiral of retaliatory actions. If you know the true story of the Hatfields and McCoys, you know what I’m talking about. What’s more, although the spiral begins with insults and tense but non-violent confrontations, it never ends there. As matters escalate, people feel increasingly self-righteous and their contempt for their adversaries intensifies to the point it which the unthinkable becomes thinkable. Then it happens.

So ask yourself, rather than wonder “What to wear to this week’s political theater?” do you really want to wonder “how’s the temperature in the Balkans?”

Because that’s where Maxine’s approach is taking us.

Still away from politics, here’s the best-looking cellist around:

Blogging on LatAm may or may not resume.

First of all, my heartfelt thanks to each person who wrote, called and texted asking how I am doing.

At one point, I thought, “I will get well. Look at all the people praying for me.”

I am doing much better, and continue to improve. When I left the hospital on April 10th, I could not sit up; I’m now able to walk half a mile unaided. Recovering from ileus and peritonitis took me two full months, and I still have to get back to full speed.

For the past two months I have mostly avoided the news, politics and particularly Latin American politics. As far as I can see, American politics has descended into contrived hysterics over every darn thing. LatAm will continue to be LatAm, and I simply did not have any energy to summon.

Many thanks, again, and I’ll be posting more frequently now.

I’m still recovering from peritonitis. Thank you for your prayers and support.

Wishing you a happy and blessed Easter,