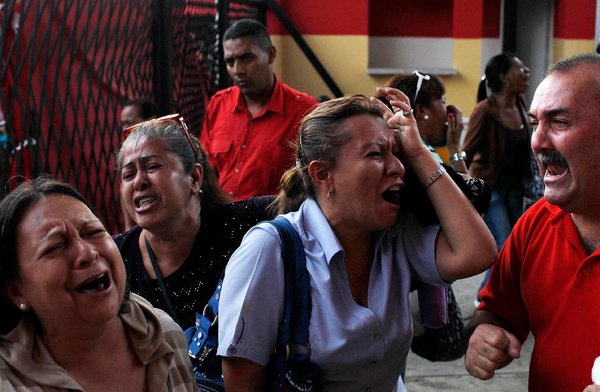 So I’m sitting at the DMV on Route 1 in Lawrenceville reading the paper when I come across this, which is a Russian “expert’s” scenario for the USA:

As if Things Weren’t Bad Enough, Russian Professor Predicts End of U.S.
In Moscow, Igor Panarin’s Forecasts Are All the Rage; America ‘Disintegrates’ in 2010

Yes, you read it right. In two years New Jersey will be part of the Atlantic America and possibly part of the European Union. Which means that I’ll have to be back in line at the DMV for a new license.

The guy who came up with this is Igor Panarin,

Prof. Panarin, 50 years old, is not a fringe figure. A former KGB analyst, he is dean of the Russian Foreign Ministry’s academy for future diplomats. He is invited to Kremlin receptions, lectures students, publishes books, and appears in the media as an expert on U.S.-Russia relations.

Panarin’s Fantasyland will have Alaska going back to Russian ownership, which means Tina Fey will really be seeing Alaska from her back yard.

California will be part of China while Mexico will take over the Texas Republic, expanding the culinary possibilities.

Armed with a Powerpoint presentation in his laptop, Panarin’s become quite the rage:

“When I pushed the button on my computer and the map of the United States disintegrated, hundreds of people cried out in surprise,” he remembers. He says most in the audience were skeptical. “They didn’t believe me.”

We’ll be here when 2010 rolls along. In the meantime, here’s my music theme suggestion for Mr. Panarin’s slide show

Back in 1981 someone was predicting that New York City would become a maximum security prison by 1997, only that back then it was a Hollywood screenwriter, not a Russian expert. While I’m writing this post, my son reminds me that in the 1999 Wild Wild West Dr. Loveless was going to split the US, return the various parts to their “original” owners, and keep a bit for himself. Kind of like Panarin’s Fantasyland.

Maybe when they make a movie about Panarin, Kenneth Brannagh will play him; he’s even learned his lines before:

We may have lost the war, but we haven’t lost our sense of humor. Even when we lose a lung, a spleen, a bladder, thirty-five feet of small intestine, two legs, and our ability to reproduce all in the name of the south, do we EVER LOSE OUR SENSE OF HUMOR?

I read Fukuyama’s The End of History when it first came out and remained totally unconvinced by his premise that “At the end of history, there are no serious ideological competitors left to liberal democracy.” It struck me as simultaneously arrogant – since the “serious” part is in the beholder’s eye – and naive because the worst aspects of human nature will always find regimes where liberal democracy will be despised and dismissed. At the time my friends and I had lengthy and animated discussions on “the end of history”.

Today Robert Kagan, author of The Return of History and the End of Dreams, discusses how History’s Back

Unfortunately, the core assumptions of the post-Cold War years have proved mistaken. The absence of great power competition, it turns out, was a brief aberration. Over the course of the 1990s, that competition reemerged as rising powers entered or reentered the field. First China, then India, set off on unprecedented bursts of economic growth, accompanied by incremental but substantial increases in military capacity, both conventional and nuclear. By the beginning of the 21st century, Japan had begun a slow economic recovery and was moving toward a more active international role both diplomatically and militarily. Then came Russia, rebounding from economic calamity to steady growth built on the export of its huge reserves of oil and natural gas.

International order does not rest on ideas and institutions alone. It is shaped by configurations of power. The spread of democracy in the last two decades of the 20th century was not merely the unfolding of certain ineluctable processes of economic and political development. The global shift toward liberal democracy coincided with the historical shift in the balance of power toward those nations and peoples who favored the liberal democratic idea, a shift that began with the triumph of the democratic powers over fascism in World War II and that was followed by a second triumph of the democracies over communism in the Cold War. The liberal international order that emerged after these two victories reflected the new overwhelming global balance in favor of liberal forces. But those victories were not inevitable, and they need not be lasting. Today, the reemergence of the great autocratic powers, along with the reactionary forces of Islamic radicalism, has weakened that order and threatens to weaken it further in the years and decades to come.

Does the United States have the strength and ability to lead the democracies again in strengthening and advancing a liberal democratic international order?

Robert’s brother Frederick asks, What Is To Be Done?

In addition to the many good ideas for responding to Russia’s aggression that have been proposed elsewhere–expanding NATO, stalling WTO negotiations, kicking Russia out of the G-8–Washington should offer a revamped military assistance program to our NATO allies in Eastern Europe, as well as to Ukraine and Georgia. This program should aim to turn each of those states into a daunting porcupine capable of deterring the Russian bear. We should drop our resistance to the creation of large trained reserves in those countries alongside the small professional militaries we are already helping to create. And we should expand our military advisory presence so that we can help threatened states have the capability to respond to unforeseen Russian attack by denying Russian aircraft control of the skies and Russian tanks free entry into their territory.

All of these actions are defensive. We need not give Russia’s neighbors advanced tanks, strike aircraft, or long-range precision weapons. NATO should extend a guarantee to Georgia and Ukraine, but this program could help deter Russian aggression even without such a guarantee. The aims of this effort are very different from our Cold War strategy. We would not be trying to contain Russia in the expectation that it would ultimately collapse of its own contradictions. We would simply be trying to assist independent, sovereign states to protect themselves, and thereby helping persuade Russia to engage the world like any other responsible member of the international community, something that the Russians–in contrast to the Soviets–constantly claim that they are endeavoring to do.

Because, no matter what Francis Fukuyama believes, history never goes away.

PRAVDA: Yuri Gagarin was not the first cosmonaut.

Just the first who lived.

Glenn is referring to this,

According to Rudenko, spacecraft with pilots Ledovskikh, Shaborin and Mitkov at the controls were launched from the Kapustin Yar cosmodrome (in the Astrakhan region) in 1957, 1958 and 1959. “All three pilots died during the flights, and their names were never officially published,” Rudenko said. He explained that all these pilots took part in so-called sub- orbital flights, i.e., their goal was not to orbit around the earth, which Gagarin later did, but make a parabola-shaped flight. “The cosmonauts were to reach space heights in the highest point of such an orbit and then return to the Earth,” Rudenko said. According to his information, Ledovskikh, Shaborin and Mitkov were regular test pilots, who had not had any special training, Interfax reports.

TO NEW HEIGHTS
Now, a full colonel, Yeager returned to Edwards as deputy director of flight test in 1961. The following year he took over as commander of the new USAF Aerospace Research Pilot School (ARPS), where he presided over the development of a first-of-its-kind institution designed to prepare U.S. military test pilots for spaceflight. Building on the existing test pilot school curriculum, ARPS offered rigorous, graduate-level training in subjects such as astrophysics and orbital mechanics, and it employed a one-of-a-kind flight simulator and other state-of-the-art training systems that prepared students to master an entirely new frontier beyond the atmosphere. The school was swamped with applicants and only the best and brightest—1% by Yeager’s estimate—were granted admission. The excellence of the training provided during the school’s ten-years of operation (1961-71) can be surmised by the fact that 37 graduates were selected for the U.S. space program and 26 earned astronaut’s wings by flying in the Gemini, Apollo and Space Shuttle programs. Although Yeager never got a chance to fly in space, in his role as mentor to a whole generation of spaceflight pioneers, he made an important contribution to its exploration. It remains one of his proudest achievements.

Chuck Yeager, an individual, could have never been allowed to inspire others in the Soviet space machine. The absurd notion that untrained men would be shot into space from a rocket was the sort of thing that inherently would bring about the Soviet’s failure in the space race.

I highly recommend Tom Wolfe’s The Right Stuff for an exciting account of the men and the times.