The final episode is Felina, acronym for finale, but let’s not forget this song:

I met a traveller from an antique land
Who said: “Two vast and trunkless legs of stone
Stand in the desert. Near them on the sand,
Half sunk, a shattered visage lies, whose frown
And wrinkled lip and sneer of cold command
Tell that its sculptor well those passions read
Which yet survive, stamped on these lifeless things,
The hand that mocked them and the heart that fed.
And on the pedestal these words appear:
`My name is Ozymandias, King of Kings:
Look on my works, ye mighty, and despair!’
Nothing beside remains. Round the decay
Of that colossal wreck, boundless and bare,
The lone and level sands stretch far away”.

Question:
Is Flynn the only man of integrity in the show?

James Gandolfini dead at 51: ‘Sopranos’ star suffers massive heart attack in Italy
‘Everyone is in tears,’ a source close to the Emmy Award-winning actor tells the Daily News.

ALL I want to do is watch “Breaking Bad.”

For weeks I’ve been clicking on Netflix and waiting for a new episode to show up on my flat screen, sitting alone on the couch in a darkened room night after night. I confine myself to a single episode at a time; it’s too draining to watch more. Too much adrenaline, too much bloodshed, too much heartbreak, too much darkness. But I can’t wait to see it either. Ten minutes before the end of an episode I’m already feeling let down: soon, too soon, it will be over, and I’ll have to do something else with my life.

And now the moment I’ve long feared has arrived: I’ve just finished the last episode, No. 13, of Season 4. (The numbers seem biblical: 13.4.) I missed the first half of Season 5, and the second half — another eight episodes — won’t be shown until August.

Go ahead, you know you want to!

You can watch it right now.

Cristina Fernandez, viuda de Kirchner, is not happy that the country’s journalists are reporting about her smear campaign against Pope Francis, the real inflation figures ( >25%), and international investors’ loss of confidence in the country. Mary O’Grady has the story,

There have been criminal actions against newspaper officials for editorials it didn’t like, attempts to gain control of the country’s domestic newsprint supply, and the passage of a law that politicizes the granting of broadcast licenses and the sale of spectrum. Then there was the September 2009 raid by some 200 tax agents on the daily Clarín, and the deployments of pro-Kirchner mobs to block the distribution of some newspapers that do not toe the Kirchner line.

Now Mrs. Kirchner is trying to financially ruin her critics in the press. One tool is the government’s $100 million-plus advertising budget—excluding the much larger budget for soccer broadcasts. An analysis by the daily La Nación (which publishes some Wall Street Journal content) of 2012 spending over 2011 shows a 65.3% increase in the purchase of space for public announcements and, more commonly, government propaganda in the country’s newspapers and magazines. Yet the four most important independent newspaper publishers—El Cronista, Clarín, La Nación and Perfil—all lost business from the government in 2012. La Nación lost a whopping 83%. El Cronista was down 48%, Clarín lost 37% and Perfil 12%.

The punishment doesn’t end there. At a meeting on Feb. 4 the minister of domestic commerce, Guillermo Moreno, mandated that supermarket chains would have to freeze prices for 60 days. According to a March 3 report in Clarín, Mr. Moreno also instructed those merchants present to halt the purchase of print advertising in Buenos Aires and the surrounding area media outlets. According to the Clarín report, he said the boycott would include companies that sell appliances and electronics.

The government initially denied that it had decreed any such thing. But according to Clarín, merchants told the newspaper that they are under strict orders not to buy advertising from the independent newspapers in and around the capital. Clarín said that failure to obey such commands, even though they are not law, can be costly. Businesses fear government reprisals in the form of tax inspections, the withholding of import licenses, and lawsuits brought in the name of consumer protection.

A tad more subtle than the late Hugo Chavez’s closing RCTV and 34 other TV and radio stations and his attacks on Globovisión, for sure. Plus she can always blame forces beyond her control, like the Vicomte de Valmont, with the extra bonus of blaming capitalism.

Something like that could never happen here, of course.

UPDATE:
Linked by HACER. Thank you!

Last night I watched the new History Channel series, The Bible, and thoroughly enjoyed it, from the Irish-sounding Noah telling the story of the creation in the middle of the flood, to the ninja angels, 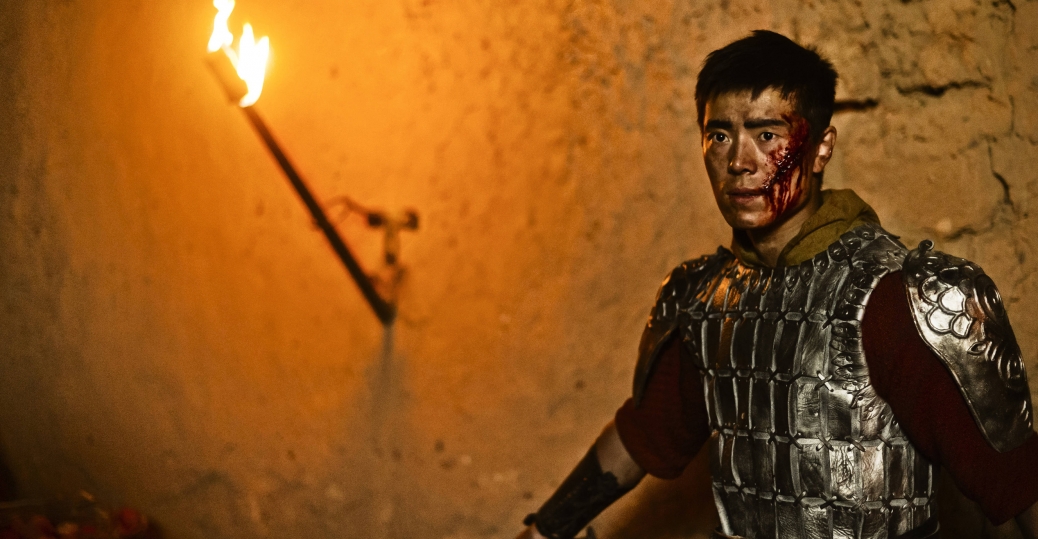 to the very awesome (in the old meaning of the word, “inspiring an overwhelming feeling of reverence, admiration, or fear”) Moses.

As you may recall, locusts were one of the plagues of Egypt. Lo and behold, here’s the Drudge headline this morning, right on time for Passover, 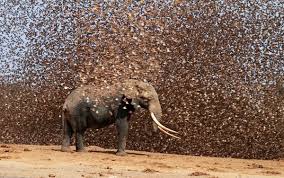 In case you want to blame that on the sequester, Kerry frees up $250M in U.S. aid to Egypt.