Emma Graham-Harrison and Joshua Surtees report,
Trinidad’s jihadis: how tiny nation became Isis recruiting ground. The Caribbean nation has one of the world’s highest Isis volunteer rates – and most don’t come back

The tiny Caribbean nation, with a population of just 1.3 million, lies about 10,000km from the former Isis capital in Raqqa. Yet at the bloody peak of the group’s power, Trinidad and Tobago had one of the highest recruitment rates in the world.

More than 100 of its citizens left to join Islamic State, including about 70 men who planned to fight and die. They were joined by dozens of children and women, the latter including both willing and unwilling companions, security officials say.

Trinidad’s Muslims make up around one in 10 of the country’s population, and the overwhelming majority follow moderate forms of Islam.

But a tiny minority have been drawn to a more extreme creed. In 1990 a group called Jamaat al Muslimeen launched the western hemisphere’s first and only Islamist coup attempt, taking the prime minister and legislators hostage for several days.

Eventually the army regained control, but the imam behind the coup, Yasin Abu Bakr, was released from jail within a couple of years under an amnesty deal and has resumed preaching.
. . .
Young men, many of them recent converts, were drawn to the caliphate mostly by promises of money and a sense of community – an appeal similar to that of gangs in an increasingly violent country, he said.

“[A gang] provides a family, male role models, social order and it promises access to what many young men might think they want: money, power, women, respect,” said Kerrigan who has researched extremism for UN counter-terrorism units.

Yesterday afternoon a jihadist mowed down dozens of people in Lower Manhattan, killing eight and injuring eleven. Five of the dead were Argentinians celebrating a 30th class reunion.

Yesterday’s terrorist massacre was one more incident where cowards attack the unarmed, unaware, helpless public for the cause of a “holy” war against infidels . . . who cannot defend themselves. 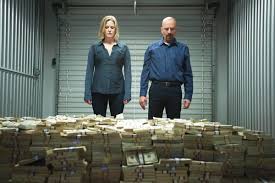