On Wednesday, a U.S. official confirmed to Fox News that Cuban paramilitary and special forces units are on the ground in Syria, citing evidence from intelligence reports. The official, who spoke on condition of anonymity, said Cuban troops may have been training in Russia and may have arrived in Syria on Russian planes.

You may recall that Russia is seeking military base(s) in Cuba, according to Defense Minister Sergei Shoigu.

For what it’s worth, currently there are three countries designated as State Sponsors of Terrorism: Iran, Sudan, and Syria

Designation under the above-referenced authorities also implicates other sanctions laws that penalize persons and countries engaging in certain trade with state sponsors.

But, as Hillary put it, what difference does it make? Raul knows what he can get away with.

Bill on going negative: media bias made her do it

Bill Clinton voiced his abiding anger at the media’s coverage of him and his wife in Durham, N.H., today, and suggested that media bias will force Clinton to go negative on Barack Obama.

He also expressed his frustration that his wife is perceived by voters as divisive through, he said, no fault of her own.

because she is the most innocent. Plweeez!

Now Bill wants us to believe that it’s all the fault of the Vast Right Wing Conspiracy – and the media’s part of it??

Via Yid With Lid, Dick Morris sees BilHil as the couple that can’t stop thinking about yesterday.

With the Clinton’s, it’s always someone else’s fault.

Let me ask my readers, why does the American public keep Bill and Hillary in the political scene? Why aren’t these two ostracized for their lies?

UPDATE
Hillary and the Psychic

My heartfelt condolences to his loved ones.

————————————————————–
Yesterday Siggy and I discussed Iowa in a 15-minute podcast. We had a great time and great feedback from our listeners. Siggy took the Dr. House approach to politics and referred to Obama and Romney as “the cabbage patch candidates”, while I asked, “Who in the world is going to vote for Huckabee for president?”

You can subscribe to my podcast via iTunes here. 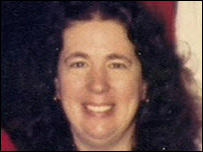 A British teacher who was jailed in Sudan for letting her class name a teddy bear Muhammad has begun her journey home after being freed.
Gillian Gibbons, 54, from Liverpool, was described as “elated” by UK Foreign Secretary David Miliband as her eight days in custody ended.

She was sentenced to 15 days jail, but pardoned by President Omar al-Bashir.

She is flying back to the UK via Dubai, and is expected to land in the UK on Tuesday morning.

She has already left Sudan.

She was a distraction.

Calls in Sudan for Execution of British Teacher

“This woman gave an idol the name of Muhammad, which is not acceptable,” said Ahmed Muhammad, the imam at a mosque in Khartoum 2, an upscale section of town. But, he added, the proper response was more nuanced: “We have to first respect ourselves, and then others will respect us.”

1. It’s a friggin’ toy, Mr. Muhammad.
2. Being the religion of perpetual outrage doesn’t give anyone, including your own minions, a reason for respect, particularly when

Despite the display of outrage, witnesses said that many of the protesters were government employees ordered to demonstrate, and that aside from a large gathering outside the presidential palace, most of Khartoum was quiet.

Tom Gross notices how the NYT downplayed the numbers. More displays of outrage at this BBC video.

Stephen Pollard, however, is more direct.

In today’s Blog Talk Radio, my guest will be Dr. John Fleming

John V. Fleming graduated from the University of the South (Sewanee) in 1958. He then went for three years as a Rhodes Scholar to Oxford (Arkansas and Jesus College), where he took a honors BA in English. He spent two years at Princeton getting a Ph.D. (1963), before becoming an Instructor in English at the University of Wisconsin (1963-65). He has taught at Princeton since 1965. He is the former chair of the English Department, the former Master of Wilson College, and the current Faculty Director of the Program in Freshman Seminars. Jointly appointed in the Department of Comparative Literature, Fleming has published very extensively in the fields of medieval English and European literature, medieval art history, and the history of Christian thought and spirituality. He is a winner of the Behrman Award for Distinguished Achievement in the Humanities and the President’s medal for distinguished teaching. Last spring he received the Phi Beta Kappa Teaching Award. He serves on numerous editorial boards and national committees, and he is a past President of the Medieval Academy of America.

Dr. Fleming is a great guy who has inspired generations of students. Please join us!

Families of American sailors killed in the suicide bombing of the USS Cole warship are suing the government of Sudan, accusing it of aiding terrorism.
They claim the African nation helped al-Qaeda, which was blamed for the attack, and are seeking damages of more than $100m through a Virginia court.

Neo-neocon has a wonderful homage, Dance me to Leonard Cohen

Casino Royale is out on DVD: