The first game is today at 5PM local time, and so The Futebol Can Finally Begin
Concern About Brazil’s Preparation Gives Way to Worry About the Team as the Host Is Set to Face Croatia

If form holds, much of the anxiety about overspending will dissipate once the referee blows the opening whistle. It will give way to an entirely new anxiety—whether the home team will perform up to expectations.

For Brazil, that means only one thing: seven victories that culminate in a championship in Rio in July 13. Just three host nations have won the tournament over the past 40 years: West Germany in 1974, Argentina in 1978 and France in 1998.

ESPN and Univision have the TV schedule.

World Cup, Olympics test Brazil’s development dreams
The World Cup and 2016 Olympics in Rio were supposed to spur development, but that plan is hitting unanticipated roadblocks.

The São Paulo Subway Workers Decided Not to Strike despite threats to walk off the job unless 42 co-workers fired this week were reinstated.

São Paulo Metro workers’ union President Altino de Melo Prazeres Júnior said members were worried about a potential public backlash. “What weighed on our decision was fatigue and the fear of some workers that people could view our decision as a move to disturb the World Cup,” he said.

However, 20% of municipal airport workers in Rio de Janeiro are going on a 24-hour strike today, which one hopes won’t disrupt service.

Intense Versus Laid-Back: São Paulo vs. Rio
The World Cup Is the Latest Stage for Brazil’s Civic Rivalry

Let’s hope the events go on as planned without disruptions.

The WSJ has World Cup coverage.

Paul Mirengoff looks at what’s wrong with the World Cup.

Camp of 5,000 squatters springs up in Sao Paulo…

Oh-oh:
Hope Fades in Brazil for a World Cup Boost
For many Brazilians, facing unfinished or canceled infrastructure projects, the World Cup has become a symbol of the unfulfilled promise of an economic boom in this South American nation. Money quote:

For many Brazilians, the Cup has become a symbol of the unfulfilled promise of an economic boom for this South American nation. But the boom has fizzled. And now the World Cup’s $11.5 billion price tag—the most expensive ever—and a list of unfinished construction projects have become reminders of the shortcomings that many believe keep Brazil poor: overwhelming bureaucracy, corruption and shortsighted policy-making that prioritizes grand projects over needs like education and health care.

UPDATE:
Glum: Brazil’s economy grew by 1.8%, and its bonds were downgraded to BBB-, the lowest investment grade.

The Mané Garrincha stadium is up in Brasilia, at a whopping US$900million, triple the estimated cost:
Soccer Stadium Raises Brazilian Ire
Cost of Building a Stadium in Brasília Has Tripled From its Original Budget, Drawing Allegations of Graft and Mismanagement

Costing 2 billion reais, or about $900 million, the Mané Garrincha National Stadium is the most expensive soccer stadium ever built in Brazil. Projected costs have tripled since construction began in 2010, and a federal auditor has concluded in a series of reports that nearly a quarter of the stadium’s costs are excessive or inflated.

“Price overruns are either a gross error or bad faith,” said Renato Rainha, an audit official who has directed two probes into the stadium.

Local officials dispute those allegations. Federal prosecutors have filed no charges or lawsuits. Authorities responsible for the contracts denied any wrongdoing and said they are cooperating with the auditors.

My latest article at Da Tech Guy Blog, Brazil: Welcome to Usama’s!, is up. Please read it and leave a comment. The Brazilian media have been almost gleefully picking on its country’s lack of preparedness for the FIFA World Cup matches that begin in June, with the latest news being that an airport won’t be fully functional as planned.

It’s not as bad as it sounds. The Viracopas International Airport in the interior São Paulo city of Campinas will surely be opened for its usual flights, but its newest R$2 billion ($800 million) terminal will not be ready as promised.
…
The airport terminal is not the only problem.

Expanding the roadway in and out of the airport, including areas for taxi service, also requires some new construction. But, again according to Folha, the consortium was only granted its go-ahead environmental permit on March 28. Ownership said that is enough time to expand the roadway before the May 11 deadline, and surely before the World Cup opening.

Not to worry – Putin’s team will get there

For now, team aircraft from Russia, Japan and Portugal, among four others, as well as TAP Airlines will be the only aircraft allowed at the new terminal when World Cup soccer begins on June 12.

Still, the developer says the project will be “fully operational” by May 11. 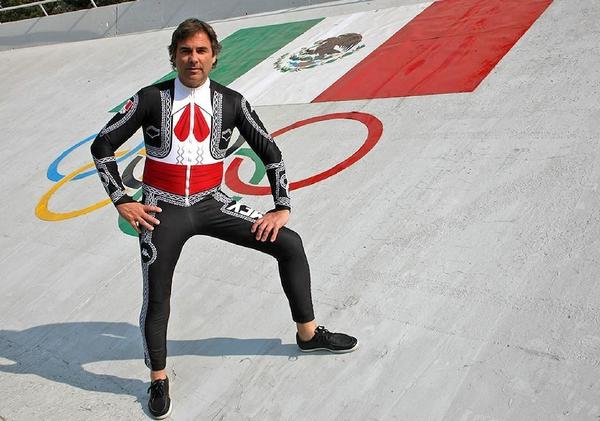 The Jamaican bobsleigh team missed their first training session on the Sochi Olympic track after their luggage was lost en-route to Russia.

Bad enough, but wait until they get there:
Shaun White Pulls Out of Snowboarding Event
White says the course is too risky.

"It's like jumping out of a building," said an athlete of the #Sochi2014 snowboarding course: http://t.co/sGa7KsYGBD #SochiProblems

And don’t use the water,