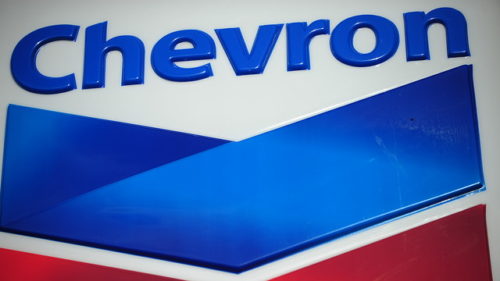 Must-read at National Law Review,
SCOTUS Puts an End to Ecuador’s Appeal of $96 Million Arbitration Award in Favor of Chevron. Read the full article, and bear in mind that,

With interest, the award has now climbed to $106 million.

The lawyers are making a lot of money.

Issue: Whether the Commonwealth of Puerto Rico and the federal government are separate sovereigns for purposes of the Double Jeopardy Clause of the United States Constitution.

Puerto Rico has its own Constitution and elects its own leaders, but it remains under the thumb of Congress, the Supreme Court ruled Thursday in a 6-2 decision.

The case involved a simple criminal prosecution for firearms sales, but the broader dispute focused on the commonwealth’s autonomy. Lawyers for Puerto Rico argued that it should be able to try two men who already had pleaded guilty in federal court. JusticeElena Kagan, writing for the majority, said that would amount to double jeopardy.

“There is no getting away from the past,” Kagan wrote. “Because the ultimate source of Puerto Rico’s prosecutorial power is the federal government … the Commonwealth and the United States are not separate sovereigns.”

Justice Scalia is being mourned, but today we celebrate him, with his choice of music,

and let’s not forget

‘Scalia/Ginsburg’: An affectionate comic opera look at the high court

Two, not one, rulings regarding the 2001 defaulted bonds, upholding U.S. contract law; As I had mentioned earlier,

This is an interesting case, not just because Argentina initially had to issue the bonds with a guarantee that they would pay them in full because the country had already defaulted, but also because it may set a precedent for any future sovereign debt or municipal debt restructurings.

High Court Sides With Holdout Creditors in Argentina Debt Case
The U.S. Supreme Court handed Argentina a pair of legal setbacks in cases stemming from its 2001 default, a major blow for the country in its lengthy battle with holdout creditors
The first,

In one highly anticipated case, the justices rejected Argentina’s request that the high court intervene in litigation with holdout hedge funds that had refused to accept the country’s debt-restructuring offers.

The Supreme Court, without comment, left in place a lower-court ruling that said Argentina can’t make payments on its restructured debt unless it also pays the holdouts.

And then there’s the disclosure case,

In a second related case, the high court ruled that bank records about Argentina’s international assets can be made available to one holdout creditor seeking to collect on court judgments stemming from the default.

To add to the double whammy, the decision was 7 to 1; Lyle Denniston of SCOTUS blog explains,

Besides refusing to hear Argentina’s plea that U.S. courts had no authority to command how it, as a sovereign nation, deals with holders of its external debt, the Court silently turned aside a plea by Argentina to get an interpretation by New York state courts of just what legal obligations of equal treatment Argentina has undertaken in selling the now-defaulted bonds.

In contrast to the simple denial of those issues, the Court issued a full-dress opinion on the separate question of how wide an opportunity the holders of defaulted bonds would have to gather information from two banks about the location of Argentina’s financial assets overseas.

In an opinion by Justice Antonin Scalia, the Court rejected Argentina’s argument that those bondholders could only seek information about assets that that country keeps in the United States. Argentina had relied upon a 1976 U.S. law seeking to insulate foreign governments from some legal obligations in U.S. courts.

For one thing, Justice Scalia noted, Argentina had given up its immunity to demands for information about its assets that could be used to cover its obligations on debts. But, in addition, Scalia wrote, the 1976 law on foreign immunity simply says nothing at all about giving foreign governments immunity to demands that they produce information that may be necessary to satisfy a debt obligation they had undertaken.

This means the investors can get access to a wide number of bank records to locate financial assets overseas that they might be able to seize as compensation.

Argentina had sent a delegation to meet with Nancy Pelosi last week to discuss the debt,

Hours earlier, the Argentine delegation had lunch with former US solicitor-general Paul Clement — a legal adviser for the Argentine position against the hedge funds that have refused to restructure the country’s defaulted debt — and representatives from the Cleary, Gottlieb, Steen & Hamilton law firm.

Justice Sotomayor had recused herself.

You can read the decision in full here.

Related headlines:
Argentina debt crisis fears grow after US supreme court ruling
Share prices fall 6% as US court refuses appeal against decision in favour of creditors who bought up debt worth $1.3bn

Argentina’s bond drama: pathway to peace or a new Falklands?

Cristina Fernández will address the nation on television at 9 pm local time tonight.

But I pose to Justice Sotomayor this question, does race matter when Asian (East Asian and Indian) students are denied admission to top colleges because quotas favor a different minority?

As previously mentioned, the Supreme Court is hearing arguments on the defaulted debt case, Republic of Argentina v. NML Capital. NML is trying to collect $1.6 billion in judgments it has won in U.S. court cases against Argentina.

The justices were skeptical:

Argentina got a skeptical reception at the U.S. Supreme Court as the justices considered whether two banks must turn over details about the country’s assets as part of a multibillion-dollar fight over defaulted government bonds.
. . .
The bondholders’ attorney, Theodore Olson, told the justices that Argentina, when it issued the bonds, agreed to submit to the jurisdiction of U.S. courts. Had it not done so, “it never would have been able to borrow any money in the United States,” Olson said.

However, there’s The problem when a pitfall opens

The Supreme Court spent most of a half-hour on Monday staying entirely away from a pitfall in the law that governs debt collection, but then that trap suddenly opened widely, and nearly swallowed the case of Republic of Argentina v. NML Capital Ltd. What made the difference? The Court began worrying a lot about the identity of the debtor — the sovereign nation of Argentina.

To a remarkable extent, this was an argument in which the front half and the second half did not seem to be on the same page. In the end, though, it appeared that the second part might well turn out to be controlling, and Argentina could get some special treatment as a debtor — because it is a nation, not an ordinary debtor.

The high court, in an opinion by Justice Stephen Breyer, reversed a lower-court ruling that said the arbitration process that led to the award was invalid.

The case dates back to Argentina’s 2001-2002 economic crisis. BG alleged the Argentine government destroyed its investments in the country’s natural-gas distribution sector through a series of state actions. The company also said Argentina threatened businesses with serious penalties if they challenged the government’s crisis-era actions in that country’s courts.” target=”_blank”>The high court, in an opinion by Justice Stephen Breyer, reversed a lower-court ruling that said the arbitration process that led to the award was invalid.

The case dates back to Argentina’s 2001-2002 economic crisis. BG alleged the Argentine government destroyed its investments in the country’s natural-gas distribution sector through a series of state actions. The company also said Argentina threatened businesses with serious penalties if they challenged the government’s crisis-era actions in that country’s courts.

The BG Group case, by the way, is not the defaulted bonds case.