but the facts are, and will continue to be, much worse.

Read my post, Bury the Cold War all you want. 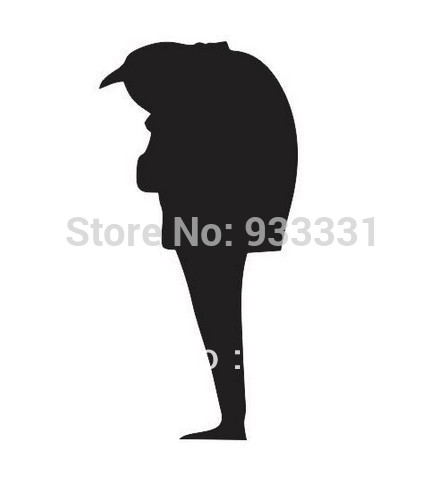 Last week at the UN, dictator Raul Castro repeated the regime’s usual meme that we Puerto Ricans are slaves to the U.S.’s “colonial rule.”

Does the Cuban general have his own plans for a Puerto Rico separated from US democracy? How can he speak so arrogantly about a nation capable of removing Yankee military outposts from its territory, while in Cuba, the people have never come together to protest the legal limbo of Guantanamo?

Does Raúl Castro allow Cubans who are residents or citizens of the United States, or any other country, to reside permanently in their home country of Cuba? Of course not. On the other hand, Puerto Ricans have always been able to live in Puerto Rico.

Does Raúl Castro allow Cubans residing on the island to invest in the national economy? Once again, the answer is “no.” Meanwhile, Puerto Ricans have always been able to invest in their own country or wherever else they please.

How many political parties enjoy legal status in Cuba? How many media outlets are not state owned? How many Cuban schools teach something other than communism, the ideology of hate towards difference and dissent? Are Cubans able to use the internet freely, from their mobile devices or their homes?

OLPL is barely getting started, so you must read his article in full, but I must emphasize a few rights Puerto Ricans can exercise which Cubans in the island-prison can not:
1. First and foremost, all Puerto Ricans can own assets anywhere in the free world in their own names individually or as part of a private enterprise, and can freely buy/lease/mortgage/dispose of those assets at they best see fit.

2. Puerto Ricans choose where they want to live, without the government’s permission. Members of my extended family live in Puerto Rico, the continental United States, and in foreign countries in Europe and South America. They may (and do) own properties in those locations, and in Puerto Rico (see 1 above).

3. Puerto Ricans are free to travel. Some even vacation in Cuba.

4. Puerto Ricans can freely access worldwide media, from electronic devices they can buy with their own money, anytime, anywhere.

And add these three,

5. Puerto Ricans deal directly with their employers, and get paid directly without the government handling/impounding the funds as part of the transaction.

6. Puerto Rican routinely mock the politicians and ruling class mercilessly and don’t get dragged off to a dungeon.

7. Puerto Ricans, such as myself, are bored of propagandist tyrants of failed states mouthing off at the UN on Puerto Rico’s “status” for their own mercenary purposes.

Raul Castro is on a roll:
Cuban Dictator Castro Thanks U.S. With Insults And Grievances, since too much is never enough,

“After 56 years in which the Cuban people put up a heroic and selfless resistance, diplomatic relations have been re-established between Cuba and the United States of America,” the military dictator said.

Normalization of relations “will only be achieved with the end of the economic, commercial and financial blockade against Cuba; the return to our country of the territory illegally occupied by the Guantanamo naval base; the cessation of radio and TV broadcasts and of subversive and destabilizing programs against the island; and when our people are compensated for the human and economic damages they still endure,” he said.

After a speech, there’s always a photo-op:

Capitol Hill Cubans want to know, Which Conditions for Lifting the Cuban Embargo Does Obama Disagree With?

Related:
Want to Do Business in Cuba? All Roads Lead to Raúl Castro’s Son-in-Law

Secretary of State John Kerry is in Havana today for the opening of the U.S. Embassy. Read my article and roundup here. Politico’s “formidable agent of change” on the job

To quote the estimable Mark Steyn, “If he were working for the other side, what exactly would he be doing differently?” More on the Pope and liberation theology at IBD: Liberation Theology’s Comeback Comes With A KGB Caveat The excellent Carlos Eire translates, annotates, and interprets a report on Raul Castro’s meeting with his new BFF, Pope Francis,
King Raul : “If the pope stays on the same path, I might join the Catholic Church!”

King Raul and the Holy Father exchanged gifts during this “cordial” visit.  The tyrant gave the pope a rare medal commemorating the 200th anniversary of Havana’s cathedral — of which only 25 exist.

The tyrant responsible for driving 20 percent of his subjects into exile also had the audacity to give the pope a contemporary painting by an unnamed Cuban artist that depicts a kneeling migrant praying on a beach, at the foot of a cross made from boats.

Exit question:
Is Francis granting a private audience to the Ladies in White when he goes to Cuba next September?