Today’s podcast at 11AM Eastern: Now begging after biting the hand that feeds him, Chavez wants the oil companies to come back to Venezuela.

The only reason left to make a long-term investment in Venezuela is to bet that Hugo Chavez won’t be around long enough to rip them off again.

UPDATE
Via listener Joi,
Don’t miss the photos from the rally last Saturday, Israel, Hamas, and the looter mentality, and the Venezuelan flags flying in support of Hamas.

Also mentioned in today’s podcast, Morocco shutting embassy in Venezuela in dispute, a rather bizarre bit of news,

RABAT, Morocco: Morocco is to close its embassy in Venezuela because of a dispute over the North African kingdom’s control of the disputed Western Sahara.

Morocco’s Foreign Ministry cited the “growing hostility” of Venezuelan authorities toward Morocco’s territorial integrity, a reference to the Western Sahara.

An Algeria-based rebel group known as the Polisario Front is trying to secure independence for the local Sahrawi population of Western Sahara and create a republic. Both the rebels and Morocco lay claim to the mineral-rich region in a dispute that has lasted more than 30 years.

Morocco also pointed to unspecified measures taken by Venezuela’s government “to support the phony SADR” — the Sahrawi Arab Democratic Republic proclaimed by the rebels — in its statement Thursday. Morocco’s Foreign Ministry said it was moving the embassy in Venezuela to the Dominican Republic. 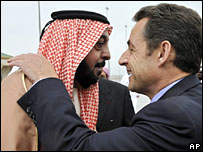