For Truth, Justice and all that is Pre-Shrunk and Cottony!

As chairman of the Federal Reserve, Alan Greenspan was known for using quirky, proletariat metrics to judge the temperature of the economy. The most famous of these, as recounted by NPR’s Robert Krulwich in January 2008, were the sales of men’s underwear. If the economic scales dipped even the slightest, Greenspan reasoned, it was as sure a sign as any that people were truly feeling the pinch.

“If you look at sales of male underpants it’s just pretty much a flat line, it hardly ever changes,” Krulwich recounted after the publishing of Greenspan’s book, “The Age Of Turbulence.” “But on those few occasions where it dips that means that men are so pinched that they are deciding not to replace underpants. And [Greenspan] said ‘that is almost always a prescient, forward impression that here comes trouble.'” I hope the above photo qualifies under Rule #5, but it also brings to mind a question:
Why are young men waxing their chests?
You look at any ads showing bare-chested men nowadays and there’s not one singe chest follicle on display. All have been pulled out to a state of pectoral shiny baldness.

Is there some kind of contest going on?

More importantly, WHY THE HEY ARE YOU GUYS PUTTING YOURSELVES THROUGH THIS???

Are women now thinking that these pre-adolescent-looking lampiño chests are attractive? What happened to real men?

Men, liberate your chest hair! Free yourselves from the shackles of waxing, plucking and shaving. Save the wax for your cars! “Don’t put your bust in your plate” (and how would I do that in the first place??), and don’t moan over the beef Wellington, says the Belle Ecole. Like they do in Latin America, make sure to keep your hands on the table.

If all these rules prove to be too much, you then have to find a French guy to pour you a glass of wine. Luckily, that’s the easy part. The difficult part’s getting rid of him once you have your drink.

——————————–
Drink ‘cuts brain injury damage’.
No word as to whether you should pour yourself the drink, or find the French guy.
——————————–
Yes, the NYT is still being delivered. On today’s front page, the story of the mother of all Freudian slips. Says the article,

At least it didn’t involve his mother. 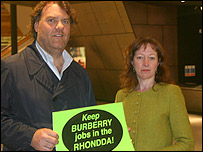