Under Colombia’s 1991 constitution, a criminal conviction disqualified an individual from running for office. Now the “framework for peace,” an amendment to the constitution that was signed into law last year by President Juan Manuel Santos, converts FARC atrocities into “political crimes” and gives the attorney general discretion over which ones will be prosecuted.

By categorizing violent crime and even what are essentially crimes against humanity—including the recruitment of child soldiers—as “political crimes,” the Santos government can now offer the FARC political “eligibility” in exchange for an end to hostilities.

Make no mistake, the FARC insist that they will not surrender their weapons, will not disarm, and will not serve time in prison. They want a similar deal to that of the IRA in Northern Ireland.

That should not come as a surprise, considering how the IRA trained the FARC, and how now the IRA is lending its expertise to the negotiations taking place in Havana.

“And until I listened to it I never realized how much I can sound like Jerry Seinfeld when I get angry.”

More on the proposed Galway monument to Che here.

“Just because Che became a chic brand for the capitalism he tried to destroy, it doesn’t mean he’s worth honoring on Galway Bay.”

I kid you not!

She said it in her column Gaelic Guerrilla (h/t Babalu),

Cameron hopes the city council takes the memorial matter up soon. Meanwhile, he sees the totalitarian rainbow. “The ultimate fruit of all this is that Che will be known as having the Irish blood and the Galway connection,” he says. “And that is an achievement in itself.”

Certainly Cameron is checking out Pol Pot’s genealogy, in case someone from Galway turns up.

Prior files on the proposed monument to Che here.

Billy Cameron, the Galway City councilman who proposed the monument to Che Guevara because Che was of Irish ancestry, insults a man who opposes the monument and says the man “should just butt out of Irish affairs”, even when the man’s Irish ancestry is so clear Eire is his last name?

I kid you not,

Councilor Cameron indicated that Cuban-Americans such as Yale Professor Carlos Eire (who recently criticized the monument plan) should not become involved in Irish affairs.

‘We live in an independent country. We fought long and hard for our independence, we’re not under the jurisdiction of the United States, and they should just butt out of Irish affairs, the Cuban-Americans,’ he added.

Or do only Irish Communists get respect?

As Babalu says, no tiene nombre. 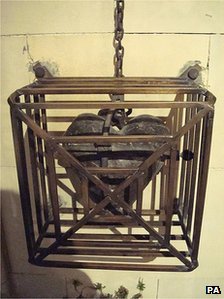 First, to refresh your memory as to Che’s vile nature, an excerpt from an article, The Killing Machine: Che Guevara, from Communist Firebrand to Capitalist Brand, by Álvaro Vargas Llosa I linked to a while ago,

The proposed Galway monument to Che is indeed an obscene piece of propaganda, encompassing social media:

The commemorative sculpture will be entirely funded by the Cuban and Argentine Embassies and a design by Simon McGuiness will now go before the Galway City Council’s Working Group for approval.

Simon McGuinness told the Galway City Tribune that the image is a “total homage” to Irish artist Jim Fitzpatrick’s iconic 1968 Che poster, which was based upon a photograph by Alberto Korda.

The monument will feature a number of interactivity features and people visiting it will be able to use their phones to have a photograph taken at the statue and uploaded onto Facebook.

As of now, however, The Mayor of Galway says she will not support plans to erect a monument of Che Guevara in the city.

Back in October 2008, Argentina nationalized ten bank-owned pension funds – worth over $26 billion in total – in an attempt to bail itself out of a financial crisis.

The Irish government plans to institute a tax on private pensions to drive jobs growth, according to its jobs program strategy, delivered today.

Without the ability sell debt due to soaring interest rates, and with severe spending rules in place due to its EU-IMF bailout, Ireland has few ways of spending to stimulate the economy. Today’s jobs program includes specific tax increases, including the tax on pensions, aimed at keeping government jobs spending from adding to the national debt.

The tax on private pensions will be 0.6%, and last for four years, according to the report.

Britain under Labor Party Prime Minister Gordon Brown did something similar in 2008.

And when that doesn’t work, what next?


————————————–
Related:
Here in the USA,
The Millionaire Retirees Next Door
Typical retired couples will collect $1 million or more in Social Security and Medicare. This is more than they paid in, and the cost will fall on today’s workers.
26210