It angers me that a natural impulse to kiss an attractive member of the opposite sex is condemned as “toxic masculinity,” a sophomoric opinion coming from an actual sophomore  who, by doing so, is engaging in toxic feminism … with the support of Princeton University.

Read my post, Go ahead, Kiss the Girl, if you dare 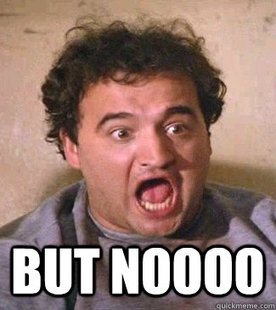 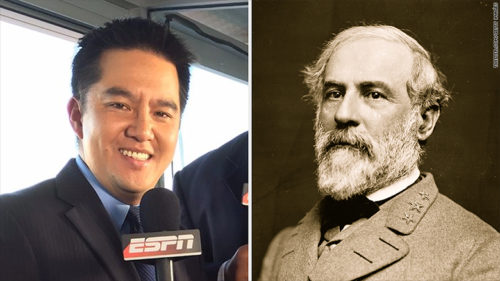 Deep runs the derp among them:

[Ami] Horowitz then asks the interviewees, all of whom no doubt are “still feeling the Bern,” if they think that we should model ourselves on another country that promises “income equality”: Venezuela, which, he explains, is in the midst of an economic death spiral to the point where it is experiencing dire food shortages and frequent violence between citizens and police forces. Despite the hellish reality of Venezuela’s failed socialist state, all of his interviewees still thought Venezuela’s day-long food lines would be preferable to the United States’ selfish, “undignified” capitalistic system.

And they say this while in the East Village, one of Manhattan’s trendiest and priciest.

They probably believe that ridiculous NYT article about the superiority of socialist women’s orgasms, too.

And,
As for undignified, they ought to try doing without toilet paper for one day.

The sign, which read “No dogs or Mexicans allowed”, was first spotted on April 8 at the Coffee Shop in Uruguay’s capital and sparked controversy on social media, with several users expressing their outrage on the cafe’s Facebook page.

Coffee Shop addressed its critics in a post written in English and Spanish the same day: “The furror [sic] over Coffee Shop’s last street sign tag is a big misunderstanding.”

The Mexican ambassador got involved and complained to the Uruguayan Foreign Ministry,

The message and an ensuing interview with Coffee Shop’s American owner Jim Delalla in a local publication did little to diminish the controversy. The Mexican Embassy said in a statement published on social media on Monday that they contacted the Uruguayan Foreign Ministry condemning the “lamentable and deplorable racist, discriminatory and xenophobic attitude of the Coffee Shop.”

And – wait for it – OF COURSE, Trump’s to blame, even when he hasn’t been to Uruguay in lord-knows-how-long,

Which shows you can be a business owner and an idiot simultaneously.

To say that I am a voracious reader is to understate my addiction. I read at least a whole novel (mostly thrillers/mysteries) every week, and I also study a number of books over periods of time.

Among the latter, I’m currently working my way through Carlos Eire’s Reformations: The Early Modern World, 1450-1650, and Huntington Cairns’s The Limits of Art: A Critic’s Anthology of Western Literature (the Best that Has Been Written and Said).

This is not light reading.

It is, however, the kind of reading I have enjoyed since very early in my life.

I am a firm believer on the benefits of a well-rounded, academically-rigorous education. You can imagine my dismay when a friend sent this article by Jane Robbins:
School Daze. Inferior Reading Standards Lead to Inferior Readers

The Common Core structure not only diminishes the amount of literary study in ELA classrooms, its recommendations for what types of fiction should be read are weighted against the classics. The Common Core list of recommended texts for ELA classrooms eliminates (except for minimal Shakespeare) British literature. No Austen, no Dickens, no Stevenson. In place of great British novels it suggests soft-core pornography such as The Bluest Eye.

Pecola Breedlove, a young black girl, prays every day for beauty. Mocked by other children for the dark skin, curly hair, and brown eyes that set her apart, she yearns for normalcy, for the blond hair and blue eyes that she believes will allow her to finally fit in.Yet as her dream grows more fervent, her life slowly starts to disintegrate in the face of adversity and strife. A powerful examination of our obsession with beauty and conformity, Toni Morrison’s virtuosic first novel asks powerful questions about race, class, and gender with the subtlety and grace that have always characterized her writing.

How about studying Pecola Breedlove side-by-side with Elizabeth Bennet? Would it be sacrilege to suggest that, without Jane Austen, Tony Morrison may not have happened?

Or is that too much work because it’s not as easy to fit into a narrative?

Of course, that assumes the people designing the curriculum have functioning brain cells, and are not this stupid:

Via WeaselZippers, science! has discovered that words, not just some words, but words in general, indeed, the very concept of “words”, are responsible for the oppression of women.

The Alphabet Versus the Goddess: The Conflict Between Word and Image by Leonard Shlain, who claimed, among other things:

“Literacy has promoted the subjugation of women by men throughout all but the very recent history of the West…Misogyny and patriarchy rise and fall with the fortunes of the alphabetic written word.”

Teh stupid, it burns!

First off, hasn’t the idea of some sort of primeval feminist paradise, a matriarchal golden age of Goddess worship and universal peace shown to be a complete load of hooey? Second, if the literate word is so oppressive to women, then why do women dominate the writing and publishing industries? Schlain hedges his sweeping statement with the qualifier “…all but the very recent history of the West”, but if the oppression is so pervasive, there is no adequate explanation for why it should suddenly be different now. I think that Schlain has managed to get things precisely backwards: the truth is that literacy has actually *empowered* women and liberated them, because facility with words does not depend upon physical strength or agility, which favors males.

When my son (who is an avid reader) was growing up, I followed the guidelines in The Educated Child: A Parents Guide From Preschool Through Eighth Grade. I suggest you do, too; You can not leave your child’s education to the whims of the public school system.

Slightly off-topic, the Robbins article has a photo from this scene in Ang Lee’s Sense and Sensibility:

“For whatsoever from one place doth fall,
Is with the tide unto an other brought:
For there is nothing lost, that may be found, if sought.”

from Edmund Spencer’s The Faerie Queen.

Chew on that, Common Core.

Puerto Rico is $72+billion in debt, and defaulted last month on a $422 million debt payment for the third time. Governor Alejandro García Padilla calls it “a humanitarian crisis,” continues to spend like crazy, wants Washington to bail him out, and won’t act to reduce the size of government, the cost of energy, or the cost of doing business in the island.

Instead, he goes to Cuba to praise Raúl Castro and intends to open a commercial trade office in Havana. Of murderous Raúl, AGaPito said,

“He’s very affable, very courteous, a pleasure to meet.  He not only took the time to converse with me, but even showed deference by taking me aside so he could speak to me alone.”

Historically, Cuba has defaulted on all its debts. I hope Carlos Eire doesn’t mind, but I must steal his photo:

Not all imbeciles are communists. Going by the evidence, I’d say AGaPito is a communist imbecile.

while she majors in political science at Barnard College – she aims to be the next Sandra Fluke:
Columbia should pay for my period

While this may seem like a peculiar addition to the average student council meeting, that these requests needed to be made indicates the University’s utter lack of support for people who menstruate—a group that includes a significant portion of the student body. Sure, I can easily find a free condom on Barnard and Columbia’s campuses, but why can’t I find a free tampon in the bathrooms in Hamilton or Milbank? Why does the administration care about my sexual protective rights, but not how I handle my monthly menstrual cycle?

Why should it care at all, cupcake?

[The cost of attendance at Columbia U is $65,860; at Barnard College it’s $46,040. Maybe you should have learned to budget in a couple of hundred bucks for incidentals, like tampons and antiperspirant back when you were in high school.]

UPDATE:
Linked to by the Daily Gator. Thank you!

Linked to by Pirate’s Cove. Thank you!

The times, they have been a-changin’: Leave your “safe space” and go read my rant, In Loco Parentis.