Two Gramscian tactics (not mutually exclusive), the Garden of Earthly Delights, and global warming alarmism, in my latest, “The end of capitalism.” 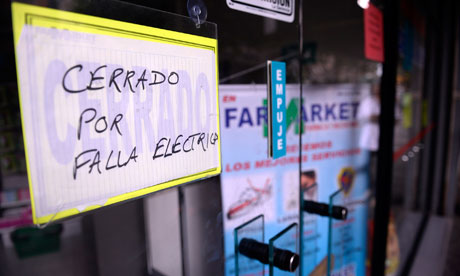 Related:
GLOBAL WARMING – AN EXAMPLE OF THE DEGRADATION OF RATIONAL DISCUSSION Threat … much of the Maldives could be lost to climate change.

THE President of what could be the first country in the world lost to climate change has urged Australia to prepare for a mass wave of climate refugees seeking a new place to live.

The Maldivian President, Mohamed Nasheed, said his government was considering Australia as a possible new home if the tiny archipelago disappears beneath rising seas.

”It is increasingly becoming difficult to sustain the islands, in the natural manner that these islands have been,” he told the Herald in an interview in Male, the Maldives capital.

If you read on, the article seems to confuse beach erosion with rising sea levels. Beach erosion takes place whether the sea levels rise or not; it’s caused by the effect of tides and ocean currents on sands.

But back to the Maldives:

Tim Blair points out that Nasheed

Then … attended a ceremony to mark the construction of a new airport.

When the country’s supposedly going to be swallowed by the waves at any moment?

Back to Tim Blair,

An epidemic of cheap heroin has swept through the archipelago, but taken root in Male in particular. The UN has estimated 40 per cent of the country’s youth use hard drugs.

You mean, cheap heroin that arrives via airplanes?

Nasheed, a Muslim as the Maldives constitution obliges all Maldivians to be, also faces a rising tide of Islamic fundamentalism. Wahhabist Islamic scholars, most schooled in madrassas in Pakistan, are radicalising Islam in the Maldives.

Female circumcision is practised, and is reportedly on the increase, across the archipelago. There are calls for the return of amputation for crimes and for the banning of music and dancing. Women are flogged for having extra-marital sex.

Much more imminent problems than rising sea levels, indeed. The castaways have a long wait.

And, besides, weren’t the seas supposed to cease rising?

UPDATE:
Linked by Hot Air. Thanks!

Nils-Axel Mörner, a sea-level expert from Sweden, sent President Nasheed a letter some time ago telling him that the sea levelsweren’t actually rising.

Turn on the lights!