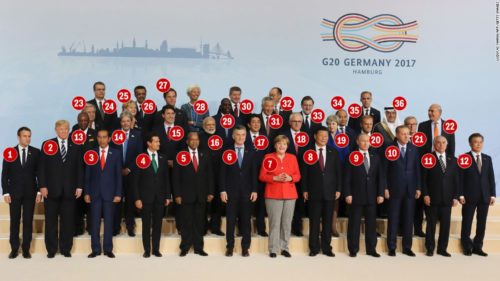 Roya Hakakian explains Germany’s commitment to justice:
Iran’s Assassins in Berlin
The determination of the prosecutor, the press, and the Iranian exile community made all the difference in Germany, where the courts ruled against Iran’s highest leaders.

[Investigator Bruno] Jost had a major advantage. He was investigating in the shadow of the World War II blunders and the fundamental transformations that the German justice system had undergone. By the time the trial was set to begin, Tehran was no longer the focus of popular attention. Now, it was Germany, herself, on trial, with something grand to prove about her own credibility and the authenticity of her reformation.

Whether the same spirit can cross over into another continent to move the course of the Argentines’ investigation is to be seen. But this much is for sure: The sum of the 1994 AMIA bombing, Iran’s lethal role, the misconduct of former President Carlos Menem, an alleged conspiracy to halt the nuclear negotiations, the mysterious murder of Alberto Nisman, and the alleged corruption of President Cristina Kirchner or the Argentine Intelligence all add up to something larger. It is about Argentina herself, the state of her republic, and whether the ghosts of its dirty past are truly buried or still lurking in the shadows.

This us a must-read.

Bettina Stangneth shows that Adolf Eichmann acted out of genocidal anti-Semitism, and challenges Hannah Arendt’s claim that he was “terribly and terrifyingly normal.”

Gerald Steinacher at the WSJ: Adolf Eichmann’s Extraordinary Evil
Hannah Arendt saw Adolf Eichmann as an unthinking bureaucrat. She never read the transcripts of his conversations after the war.

Ms. Stangneth, drawing on documents and research that Arendt never had access to, reaches a different conclusion: He was a master manipulator. “Whether he was in the Third Reich, Argentina, or Israel, Eichmann gave detailed and well-informed accounts of the murder of millions. He simply adjusted the account of his own role, and his attitude toward the murders, to his changing circumstances,” she writes.

Argentina was instrumental in his escape, and of others:

Ms. Stangneth, drawing on research by the Argentinian author Uki Goñi and others, also reminds us how openly the networks of former Nazis operated and how far they reached. Like thousands of other Nazis and collaborators, Eichmann escaped to Argentina with the help of Italian Catholic priests and Argentinian officials while carrying Red Cross travel papers. Ms. Stangneth emphasizes the lack of interest Allied authorities showed in bringing former Nazis to justice after the war. This is consistent with my own research, which shows that the Nazis’ escape networks were well-known by many governments and institutions, including the U.S. State Department, as early as 1947. But with the increasing tensions between the West and the Soviet Union, denazification efforts became less and less important. After the Korean War broke out in 1950, attention almost completely shifted to the new enemy: communism. It now appears that the German intelligence service was aware of Eichmann’s whereabouts as early as 1952 but showed little effort to apprehend him. Only Israel was willing to take justice into its own hands.

Nor have I ever claimed that Eichmann was “demonic,” “perverted,” or diabolical. This is a willful misattribution and, more importantly, an attempt to avoid dealing with what Eichmann in fact was: a believer in genocidal anti-Semitism.

Thoughtlessness comes in a variety of guises. One of them is academic hero-worship: reverence for an intellectual icon in the face of a burgeoning mass of evidence indicating that she may have grievously erred. Perhaps Kant said it best in his famous essay “What is Enlightenment?” when he observed that, “Immaturity is the inability to use one’s own understanding without the guidance of another . . . Dogmas and formulas . . . are the ball and chain of his permanent immaturity.”

Available at Amazon in Kindle and hardcover editions.

What did Nietzsche’s sister do in Paraguay? Simon Romero reports,

Researchers at the Max Planck Institute for Demographic Research in Rostock, Germany found that

Those primitive hunter gatherers, at age 30, had the same odds of dying as a modern Swedish or Japanese man would face at 72.

But you didn’t need me to point that out, did you?

I’ll now go back to nursing my cold. Beeehave while I’m away.

Papers released this week by the Bundesnachrichtendienst (BND) – the German foreign intelligence agency – show information gathered by German operatives 50 years ago during the tense days of the Cuban missile crisis.

They reveal that Castro personally approved a plan to hire former Nazi officers to instruct the Cuban revolutionary army, offering them wages that were four times the average salary in Germany at the time and the chance to start a new life in Havana.

They papers, dating from October 1962, show that four former officers from the elite Nazi death squads had been invited to the Cuban capital, although subsequent reports could only confirm that two had arrived.

It also showed how the Castro regime negotiated with two traffickers linked with Germany’s far Right to purchase Belgian made pistols to arm the Cuban forces.

The conclusion drawn by German secret service officials was that the Cuban regime wanted to free itself from total dependence on Soviet backed training and supplies.

Humberto Fontova asks So just what did the SS soldiers teach the Cubans, anyway?

First off, Castro’s troops are hapless draftees who probably detest the regime as much as anyone in Miami. They have no stake in its wars. But mainly, it’s the rampant megalomania and paranoia of their commander in chief that accounts for the Cuban military’s astounding stupidities and failures.

Communist armies in general and Castroite armies in particular promote officers not on battlefield merit but strictly on political reliability, which is to say on lackeyism, cowardice and donkeyheadedness.

Plus, Fidel needed Soviet money for all this grandstanding, just as he now needs Hugo’s oil.