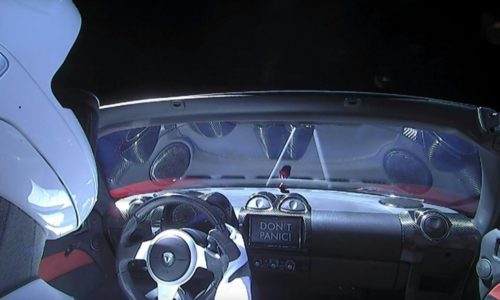 and so do Whittle, Ott and Green,

Hitchhiker’s Guide to the Galaxy reference

When asked in a 2015 interview about his favorite spaceship from science fiction, he said, “I’d have to say that would be the one in ‘The Hitchhiker’s Guide to the Galaxy’ that’s powered by the improbability drive.”

“Be nice to geeks, you’ll probably end up working for one.”

Inflation in Venezuela is starting to rival some of history’s most notorious economic debacles; hyperinflation has an annualised rate of 12,875%, prices are doubling every 52 days and the worst part: it doesn’t look like it’s slowing down anytime soonhttps://t.co/WBKDmA5FYI

The central bank said the first auction of its new DICOM system yielded an exchange rate of 30,987.5 bolivars per euro, equivalent to around 25,000 per dollar.

That is a devaluation of 86.6 percent with respect to the previous DICOM rate and 99.6 percent from the subsidized rate of 10 bolivars per dollar, which was eliminated last week. (goo.gl/TRuF2Z)

How Fast Are Prices Skyrocketing in Venezuela? See Exhibit A: the Egg. With hyperinflation at 13,000%, eggs become essential to bartering (emphasis added)

Such is the ordeal in a country stricken with hyperinflation and a government so flummoxed on how to fix the distortions of its crumbling economy that it’s resorting to introducing what it says is a bitcoin-like cryptocurrency. The “petro” would eclipse the near worthless “strong bolivar,” which has lost 98% of its value against the dollar in the past year.

The problem is that in a country as broke as Venezuela, the government can’t print enough bills or pay the hefty fees for commercial printers to supply them. Paying with plastic? Credit-card readers seldom work.

Additionally, Venezuela Ranked Last in the Rule of Law Index 2017-2018.

And, another one from Steve Hanke,

A shortage of medical supplies in Venezuela has left many hospitals without the reagents to test blood for diseases. This has led to a burgeoning black market for blood, another public health crisis tearing through #Venezuela. https://t.co/Ym4SwB7Zus

Colombia Opens Border Shelter for Venezuelans Fleeing Crisis.Government opens facility near border city of Cúcuta as some 35,000 Venezuelans cross into the country each day

The facility, opened Saturday near the border city of Cúcuta, is expected to provide shelter of up to 48 hours for 120 people a day. Pregnant mothers, the elderly and minors who entered the country legally will be given priority. It will be administered by the Red Cross.

And they come to stay: Once-rich Venezuelans live as beggars in Colombia, but they don’t want to go back. “Bogotá officials believe that as many as 600,000 Venezuelans are now living in Colombia.”

The Revolución marches on.

Emma Graham-Harrison and Joshua Surtees report,
Trinidad’s jihadis: how tiny nation became Isis recruiting ground. The Caribbean nation has one of the world’s highest Isis volunteer rates – and most don’t come back

The tiny Caribbean nation, with a population of just 1.3 million, lies about 10,000km from the former Isis capital in Raqqa. Yet at the bloody peak of the group’s power, Trinidad and Tobago had one of the highest recruitment rates in the world.

More than 100 of its citizens left to join Islamic State, including about 70 men who planned to fight and die. They were joined by dozens of children and women, the latter including both willing and unwilling companions, security officials say.

Trinidad’s Muslims make up around one in 10 of the country’s population, and the overwhelming majority follow moderate forms of Islam.

But a tiny minority have been drawn to a more extreme creed. In 1990 a group called Jamaat al Muslimeen launched the western hemisphere’s first and only Islamist coup attempt, taking the prime minister and legislators hostage for several days.

Eventually the army regained control, but the imam behind the coup, Yasin Abu Bakr, was released from jail within a couple of years under an amnesty deal and has resumed preaching.
. . .
Young men, many of them recent converts, were drawn to the caliphate mostly by promises of money and a sense of community – an appeal similar to that of gangs in an increasingly violent country, he said.

“[A gang] provides a family, male role models, social order and it promises access to what many young men might think they want: money, power, women, respect,” said Kerrigan who has researched extremism for UN counter-terrorism units.