If you can, buy me some of these, by Brazilian jeweler Silvia Furmanovich, 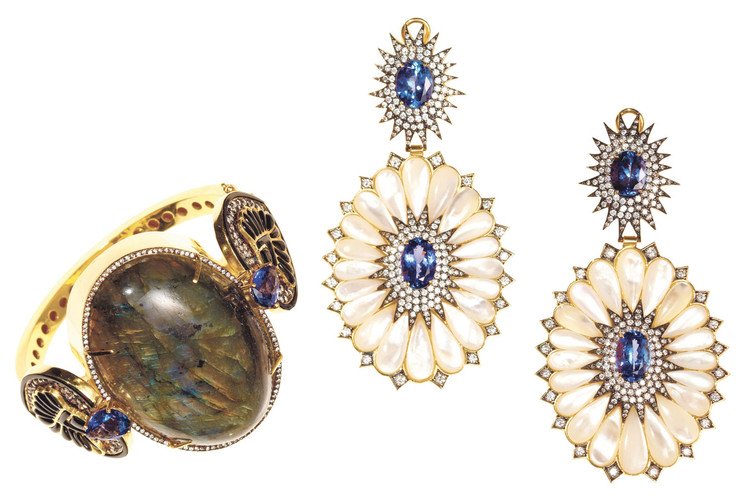 The article says they’re available at Bergdorf Goodman, but they’re not in their website.

Oh, well, I guess that means we’ll have to truck to the city.

The procedure uses a technique called follicle-hair extraction, in which doctors remove clusters of hair from the more hirsute areas of the body and implant them along the lip or cheeks to magnify a mustache or beef-up a beard.

We’ll draw a curtain over what “more hirsute areas of the body” they’re talking about.

One thing for sure, Venezuela’s Madurito Bandido doesn’t need no steenkin’ implants: he’s got the biggest mustache in the hemisphere, 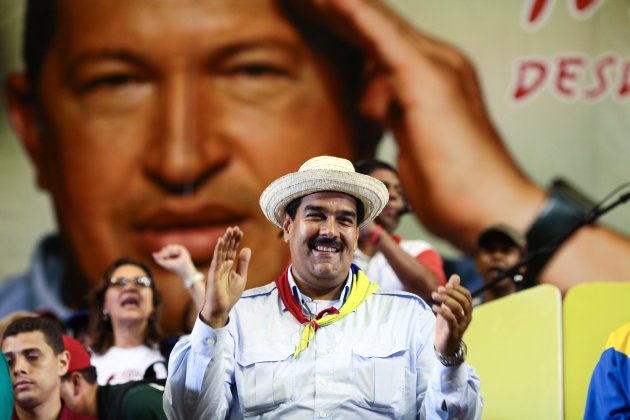 If you thought any guy could look like a postman by ringing twice, wearing blue short-sleeve shirts, baggy shorts, knee-high socks and sturdy walking shoes (like one of the guys at tango used to), the USPS wants to prove you wrong:
Postal Service to launch new clothing line in 2014

They’ll be more successful if the had a “dark of night” line of lingerie and sex toys.

Or maybe if they marketed some dog repellent.

(h/t Ace, who’s even more stoked about this than you.)

BOLIVIA
Bolivia: Morales criticises Chile over sea and soldiers
Bolivia’s President Evo Morales has renewed his calls for the release of three soldiers arrested in Chile.

US POLITICS
“Cruz has taken the wear-their-scorn-as-a-badge-of-honor approach with his liberal critics.”

The week’s posts,
Hugo Chavez reportedly back in Venezuela

Colombia: Good news on the Casona

Podcast:
The US & violence in Central America 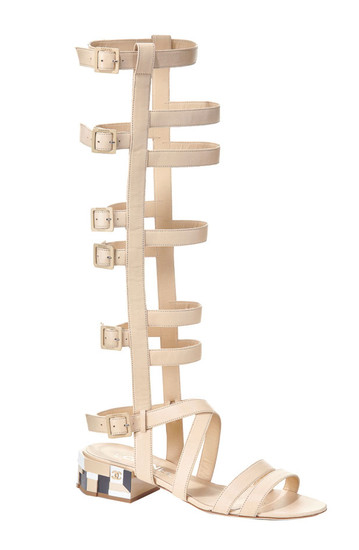 Take a look at these sandals, which are featured in today’s WSJ’s article on The New Bohemians
The haute hippie look reminiscent of faraway places has returned in a smart new form—and just in time for the warm days ahead.

The article shows a variety of outfits tastefully mixing pseudo-ethnic prints with plain pieces, and the sandals are at the end, where they advise you to “Work one of these items into a classic, simple ensemble to get the look of Bohemian 2.0”

and also with a lot of time, to buckle on and off.

Instead of a Bohemian/hippie vibe, these bring back a different memory altogether,

UPDATE,
Linked by Dustbury, who says,

Fausta, with the tango in her soul and the legs to die for

First trend:
The Kitchen That Ate the House
The high-end home’s newest great room features plush furniture, fireplaces, multiple flat screens—and a few carefully hidden appliances. Just look for the cook’s dirty secret in the next room. Like, a kitchen off the kitchen?

Long the de facto central gathering space of the home, the kitchen has ballooned in size in recent years to become the new great room. At the highest end, some are over 3,000 square feet, outfitted with walk-in refrigeration rooms, multiple seating areas, wet bars and fireplaces, with fixtures and décor intentionally designed to look like hip living rooms. In some cases, much of the actual cooking is being relegated to a second, smaller kitchen space, so that the main kitchen can be used for entertaining—minus the unsavory dirty dishes or cooking smells.

Me, I like it when the house smells of bacon.

Notes from Drew: This is a real item in the catalog. And honestly, if you’re buying a goddamn chicken coop from a catalog, why NOT spring for the painted chicken? It was hand painted in an urban garden workshop, people. You CANNOT say you are a true farm-to-table household unless you have a coop to call your own. Muffy Wilshire and her fam bought a coop last year and now they can’t live without it. Could you imagine having a frittata made from STORE-BOUGHT eggs now? I shudder at the thought. You can also get a beehive box for $500 if you’re a fucking crazy person. Seriously, a chicken coop. People with money are so good at throwing it away.

Just keep in mind, folks, that nothing says THIRD WORLD MENTALITY like a flock of chickens scratching and pecking on your driveway.

Even if you are watching them from your second, smaller kitchen space.

OTOH, you can spend $950 on a pair of shoes that make you look like you’ve got club feet,

Third: the anti-trend trend,
The Trendiest Guy in New York City (h/t Instapundit). After reading that article, my only advice to any woman who goes on a blind date and finds out that the guy wears a manbun, drinks cocktails during his workout and gets a bikini wax is: Run! Run, and never look back.

UPDATE,
Linked by Dustbury. Thank you!

I tweeted about this on Monday [correction: on Tuesday],

One of the designers is Diane Von Furstenberg, an old favorite of mine whose clothes I have worn for decades (and they still fit!). DVF makes a classic, flattering, well-made, versatile dress. But she won’t like me,

Diane von Furstenberg pitched in two $85 tote bags and has grown more strident about her partisan agenda as Election Day nears. At a fashion event in her New York Meatpacking District store last month, she yelled at clients: “Everyone here better be a Democrat; no Republicans!”

Furthermore, von Furstenberg vented, “This is not a Republican party, just so you know! This is a non-Republican audience.” The crowd cheered as she urged everyone to rush home to watch her Democratic idol’s convention speech. But when conservative consumers protested on Twitter the next few nights, von Furstenberg tweeted: “I love and respect all Americans…Democrats and Republicans…love Diane.”

“All Americans,” except for Ann Romney, that is. When the designer learned last week that the GOP candidate’s wife had worn one of her famous wrap dresses at a recent campaign rally in Florida, the company had a hissy fit. “(W)e’re actually not quite sure how Ann obtained the dress,” horrified public relations staffers told left-wing Buzzfeed.com.

May I be so bold as to suggest, perhaps Ann Romney went to a store and bought herself a DVF dress?

@michellemalkin Re: Hate Couture Divas michellemalkin.com/2012/10/24/fas… I’ve been known to wear DVF – they sell them in stores! twitter.com/Fausta/status/…

And – gasp! I wore one of my DVF dresses at CPAC, where I had lunch with Babalu’s Val Prieto, ¡No Pasarán!’s Erik Svane, and Obi’s Sister.

That ought to send DVF for a loop.