U.S. officials and regional experts warned earlier this week that under the leadership of President Cristina Fernández de Kirchner, Argentina has helped Iran bring its terrorist activities to the Western hemisphere.

The matter has assumed “a new level of urgency” given Argentina’s increasing efforts to accommodate Iran, according to the letter.

U.S. officials and independent experts have cited Kirchner’s government for boosting trade with Iran by more than a billion dollars, as well as for allowing Iranian agents to move freely through the region, where they are suspected of smuggling weapons, money, and other goods.

The Congressional Committee on Homeland Security is holding hearings today on the Threat to the Homeland: Iran’s Extending Influence in the Western Hemisphere (which you can watch at the link).

Alberto Nisman, General Prosecutor of the AMIA Case, was scheduled to testify regarding Iran’s influence in South America; however, the government of Argentina would not allow it.

Chairman McCaul on the letter: “Alberto Nisman’s report sheds critical light on how the United States should understand threats to our homeland that emanate from the Iranian regime. His investigation into the 1994 AMIA bombing in Buenos Aires shows that the Iranian presence in the Western Hemisphere is greater than we imagined. Iranian infiltration within countries in our region presents a clear and present danger to our homeland, as do attempts to silence or downplay this threat, and Mr. Nisman’s testimony should be heard.”

Subcommittee Chairman Duncan on the letter: “Iran’s willingness to conduct operations in the Western Hemisphere and on American soil is clear. In contrast to the U.S. State Department’s recent assessment that Iran’s influence in Latin America and the Caribbean is ‘waning,’ Nisman’s investigation revealed that Iran is deeply embedded within countries in Latin America and is ready to exploit its position to ‘execute terrorist attacks when the Iranian regime decides to do so.’ Argentina’s decision to deny Nisman permission to share his findings publicly sends a troubling message and is deeply disturbing to regional security and U.S. homeland security.”

As you may recall,

In October 2006, Mr. Nisman indicted seven Iranians and one Lebanese-born member of the pro-Iranian Hezbollah militia for the AMIA murders. Interpol notices for their arrest were issued but none was captured. Then, late last year, the Argentine government of Cristina Kirchner announced that a “truth commission,” to be chosen by Argentina and Iran, would examine the viability of the prosecutor’s case.

To many Argentines, that seemed like letting the fox decide the fate of the chickens. But Mrs. Kirchner forged ahead, getting congress to agree. On May 20 Ahmadinejad approved Iran’s participation on the commission.

Mr. Nisman’s response was to release a mountain of evidence against Tehran into cyberspace for all the world to see.

And now he’s not allowed to testify at the U.S. House Homeland Security hearings on Iran.

Who is Cristina protecting?

Hicks’s Full Account of Night of Benghazi Attacks
Full testimony at yesterday’s House of Representative’s subcommittee by Gregory Hicks, former deputy chief of mission in the U.S. embassy in Libya:

KRAUTHAMMER: ‘Where Was Commander in Chief?’

Benghazi: Incompetence, But No Cover-up  —  The hearings deepen the tragedy, but not the scandal.  —  There was tragic incompetence, plainly, in the Obama administration’s handling of the Benghazi attacks, and even possibly some political calculation.  It is a record that may well come …
Discussion: Speaker.gov, Daily Mail, Outside the Beltway, protein wisdom, The Moderate Voice, American Power, National Review and Most Recent

Failings of Bam & Hill laid bare  —  After a remarkable House hearing yesterday, we can say this with almost complete certainty: The Obama administration knew perfectly well that last year’s Sept. 11 attack on Americans and American facilities in Benghazi was a terrorist act …
Discussion: PJ Media and Politico

A Coverup Laid Bare  —  Thanks to House Republicans, Americans finally got to hear from the State Department officials the Obama administration never wanted to testify.  They are now called “whistleblowers,” but that’s only because their accounts of what really happened in Libya on Sept. 11 …
Discussion: Washington Times, Washington Free Beacon and PJ Media

Sánchez, 37, met at the White House with presidential advisor for the Western Hemisphere Ricardo Zúñiga. And earlier she had held a meeting with Cuban-American U.S. Sens. Marco Rubio of Florida and Bob Menendez of New Jersey.

Sánchez wanted to clearly describe the difficulties the internal opposition faces, including the consistent harassment from the Cuban government.

Her agenda included a visit to the State Department in the afternoon to pick up her 2011 International Women of Courage Award, an honor she won in absentia two years ago. The award recognizes her commitment to integrity and the defense of human rights.

She later visited Georgetown University to speak at a forum with students and academics.

Sánchez said the meeting with the U.S. senators was positive and also highlighted the spirit of opening, despite the fact that she has expressed her opposition to the embargo the United States has maintained since 1962.

“We talked about relevant issues, of course, the support, the help and solidarity we can have from abroad,” said Sánchez, founder of the blog Generación Y. She added that there was also a touch of typical Cuban humor.” She said jokingly that she had invited the senators to have coffee “on the 14th floor of my Yugoslav-style building, where I hope someday they can go visit.”

In a different article, the Guardian points out,

Sanchez, whose attempts to travel abroad have been rejected more than 20 times in the past five years, is currently on an 80-day tour across Europe, Latin America and the United States

Live on C-SPAN2, Rand Paul filibustering the Brennan nomination. He started at 11:45AM and is on a roll.

As Emily Zanotti Skyles put it,

There’s nothing better than a straight-up for-reals filibuster. I can’t wait until Rand Paul gets to the Betty Crocker cookbook.

He has a ways to go. Right now he’s talking about privacy rights, and there’s plenty to say on that topic. 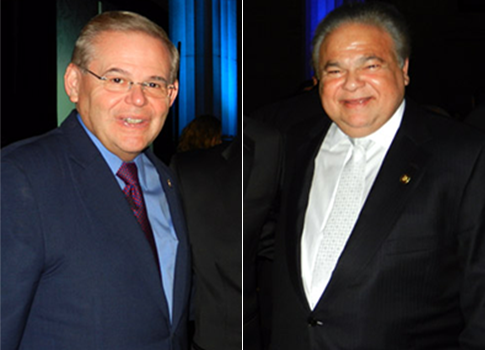 When liberals want you in the minority plantation:

They’d be attacking him no matter what just because he’s a rising star from the other party, but yes, of course it’s true that a rising star who’s Latino complicates Democratic plans for a permanent majority in a way that some other Republican wouldn’t.

“The motive for the attacks on Rubio is the threat he may pose as a rising star. The Dems would attack him regardless of why he appears to be a rising star. But there’s no doubt that Rubio’s ethnicity is a factor in the perception that he’s someone whose momentum needs to be slowed.”

It gets more interesting, as Ted Cruz is also under fire:

Cruz is under attack because he’s outdebating Democrats and making the likes of Chuck Hagel look bad. The Dems are used to dealing with Republicans who don’t forcefully take them on in debate or who, though willing to engage, have difficulty making well thought-out arguments (e.g., John McCain, the ipse dixit king).

However, I disagree with Paul Mirengoff when he says that

Cruz is something new in town, and the Dems don’t like it. But their problem with Cruz has no relation, not even an indirect one, to his ethnicity.

I know from experience that liberals will not accept a “minority” that doesn’t toe the victimization line.

After all, that’s their main industry.

The President will give his annual State of the Union address tonight. Expect two things:
1. Bogus promises: 2. An ‘extremely aggressive and partisan’ speech:

If it weren’t for Woodrow Wilson, I’d be able to watch ‘Vegas’ on Tuesday night. Citizen Kane‘s on TCM tonight, though.