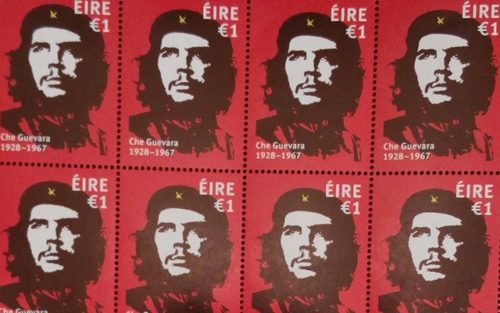 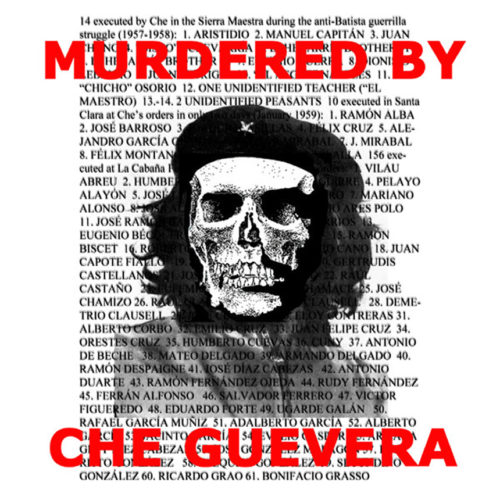 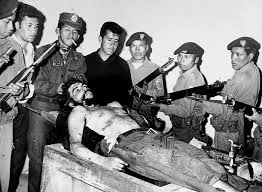 You can become a Certified Latin American Idiot: Not just any idiot, but an honest-to-goodness Idiot With A Certificate™.

All you need is money to travel to Argentina, room, board, and presto! You are an Idiot With A Certificate™.

And you are readily recognized as a communist agitator.

What’s not to love?

This new seminar was established by the communist assembly ALBA (Alternativa Bolivariana para las Américas), according to the Castro regime web site “Cubadebate” and the Argentine communist web site “Marcha.”

The seminar will meet four times between April and July in Córdoba, at the Clínica Che Guevara, and in Buenos Aires, at the Anfiteatro Eva Perón,  and will feature speakers from the Castro Kingdom and elsewhere.

Those who attend the seminar will be awarded diplomas.

The intended audience is described as “militantes de organizaciones populares y sociales” (militants from social and popular organizations).  In other words: communist agitators.

The seminar is open to the general public, nonetheless, and will charge no fees whatsoever.

I checked and, indeed, Telesur and the other websites mentioned above did report it.

One question,, though: ALBA used to be sponsored by Venezuelan oil, so who’s paying for the seminars? If this is, what about the Venezuelans who are dumpster-diving?

Those of you who already are Perfect Latin American Idiots, here’s your chance to evolve into an Idiot With A Certificate™.

Come for the runway, leave with the runs.

Related: The Chanel show Carnival of Latin America and the Caribbean.

The ‘Cuban Five’, who were jailed on espionage and conspiracy charges in the US in 2001, landed in Moscow’s Sheremetyevo airport, Sunday, ahead of Russia’s Victory Day celebrations on Monday, 71 years after the Red Army’s victory over Nazi Germany in 1945.

United Nations Secretary-General Ban Ki-moon was a speaker at the Peoples World Conference on Climate Change and the Defence of Life,

He then commended the Government of Bolivia and President Evo Morales for introducing International Mother Earth Day to the United Nations General Assembly in 2009.

Bolivia, he said, had also inspired the discussions on the 2030 Agenda for Sustainable Development with the principle of “vivir bien.”

The Secretary-General noted that, in his recent speech to the UN General Assembly, President Morales had explained the concept as “living in solidarity with people and in harmony with Mother Earth,” a reminder “that well-being is not only about material advantages, but social and spiritual well-being” and that “well-being cannot be achieved without respecting and protecting our planet.”

That “social and spiritual well-being” better go a long way, but it’s no coincidence that Communism uses a lot of old Catholic memes.

Speaking of Communists, Ban Ki-moon arrived in Bolivia rallying the troops to Che Guevara’s old slogan, “Patria o muerte” (Motherland or death), to which the troops enthusiastically replied, “Venceremos” (we will win)!

A real trooper, while in Bolivia he wore ponchos and a bread wreath when visiting a government project with Evo Morales in Cochabamba, The UNSG committed to eradicating world poverty by 2030, which is barely 5 years after Evo finishes implementing his “13 pillars of action.” Maybe Ban Ki-moon ought to consider moving UN headquarters to La Paz or Sucre in order to stimulate the local economy.

We now face a more potent Axis of Evil that includes two of the original three (North Korea and Iran, with Iraq up for grabs), plus Russia, China, Cuba, Venezuela, Bolivia and other countries, and terrorist groups including al Qaeda, Hezbollah, and the Islamic State. With the exception of their hatred of the West, there is no single ideology that unites them. The new Axis includes Sunni and Shi’ite radical Muslims, Communists and other radical leftists, and nationalistic secular tyrants like Vladimir Putin. They have certainly succeeded in wrecking hopes for a peaceful world.

That’s what John Perdue wrote about a few years ago in The War of All the People: The Nexus of Latin American Radicalism and Middle Eastern Terrorism.

Which brings us to this,

Because nothing says “state of the art fintech API ecosystem” like the image of the racist scumbag depraved mass murdering Communist founder of Cuba’s firing squads and labor camps.

Not that Xignite is alone in their choice . . .

Having dissed his ex-wife and come out of his latest stint at rehab, Russell Brand is craving for attention, hence this:

Yes, that’s his Twitter icon: a full display of cluelessness replete with the “coexist” symbol necklace, carefully arranged hair, Commie-red background, and Che pose. Only a dove of peace is missing to complete the cliches.

Kevin Williamson looks at one who wants the world to know that beneath the clown makeup is the face of a Serious Man, that Russell,

Mr. Brand is fond of having himself depicted as Guevara, a figure for whom he shares the daft enthusiasm of many members of his generation. He frets that Guevara was “a bit of a homophobe,” but insists that “we need only glance at Che to know that that is what a leader should look like,” i.e., a bit like Russell Brand. Guevara was a mass murderer who shot people for amusement. The cause in which he fought was the cause of gulags and murder. There are today, at this moment, thousands of political prisoners being tortured in prisons that Guevara helped to establish, and millions foundering in the totalitarian police state he helped to found off the coast of Florida. But . . . sure, great hair.

Great hair only on photos; according to many who knew him, Che was not fond of shampooing, so Russell better not imitate the head lice.

But I wonder if, like Che, Russell wears a Rolex?