Private enterprise vs. government-owned: A consumer economy beats a command economy, all the way down the road.

Venezuela, where gasoline is almost free but the cars are lousy.

Iran’s car industry has shown signs of enhancing its share in Venezuelan market. The sale of US cars in Venezuela’s market has decreased dramatically since President Nicolas Maduro banned American automakers from using dollars for transactions. Iranian vehicles made by Venirauto group seem to be an alternative to Venezuelans in times of a troubled market.

At the 0:40 mark, Francisco Espinoza, president of Venirauto group, “Our achievement is based on inspiration given by our late commander, Hugo Chavez. He wanted Venezuela to ally with Iran, and we’re doing so.”

Compare and contrast the very low-tech plant shown in the video with a Hyundai assembly plant at Kancheepuram district in the southern Indian state of Tamil Nadu October 4, 2012, 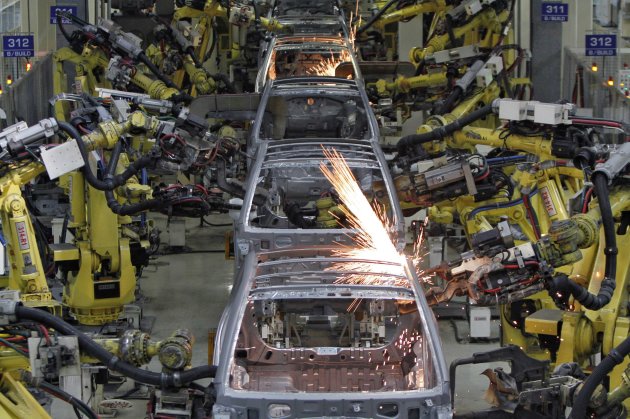 or the Volvo trucks assembly plant in South Carolina One of the reasons Iran is willing to build cars in Venezuela when foreign automakers are leaving is that, as early as 2007, Iran agreed to build platforms in a US$4 billion development of Orinoco delta oil deposits in exchange for Venezuelan investments.

As you would expect from a government-forced monopoly, the cars don’t look jazzy (emphasis added),

The company Venirauto, which is 51% Iranian and 49% Venezuelan, is producing two different models. The first model, the Turpial at a price of Bs. 17 million (US$7,906), is a 4-door sedan based on the old Kia Pride model. The second is the Centauro, at a price of Bs. 23 million (US$11,069), and is based on the Peugeot 405 given that the French firm is the main supplier of engines and technology to the Iranian company. Both models are exempt from Venezuela’s sales tax IVA (Value-added tax), due to a government program to subsidize cars that include Venezuelan production.

The goal is to eventually produce 100% of the cars in Venezuela.

The Peugeot 405 was introduced on 1987 and, according to Wikipedia, is still produced under license in Iran and Egypt but ceased production in France in 1997. The old Kia Pride (not to be confused with the Kia New Pride) was in production from 1987 to 2000.

Parting question,
Can the Venirautos be bullet-proofed?

The Top Gear Christmas special airs this weekend on on December 27 and 28. The lads covered a lot of ground,

And they were run out of town:

Soon-to-be-former Uruguayan president Pepe Mujica claims that an unnamed Arab sheik (who must have been smoking the Uruguayan government’s most famous crop) has offered to buy Mujica’s VW Beetle for US$1million:
Uruguayan president Jose Mujica receives $1m offer for his blue Beetle
The leader says that an Arab sheikh wanted to buy the car which has become a symbol of his humble style

he joked that he did not sell it because of his dog Manuela, famous for only having three legs. 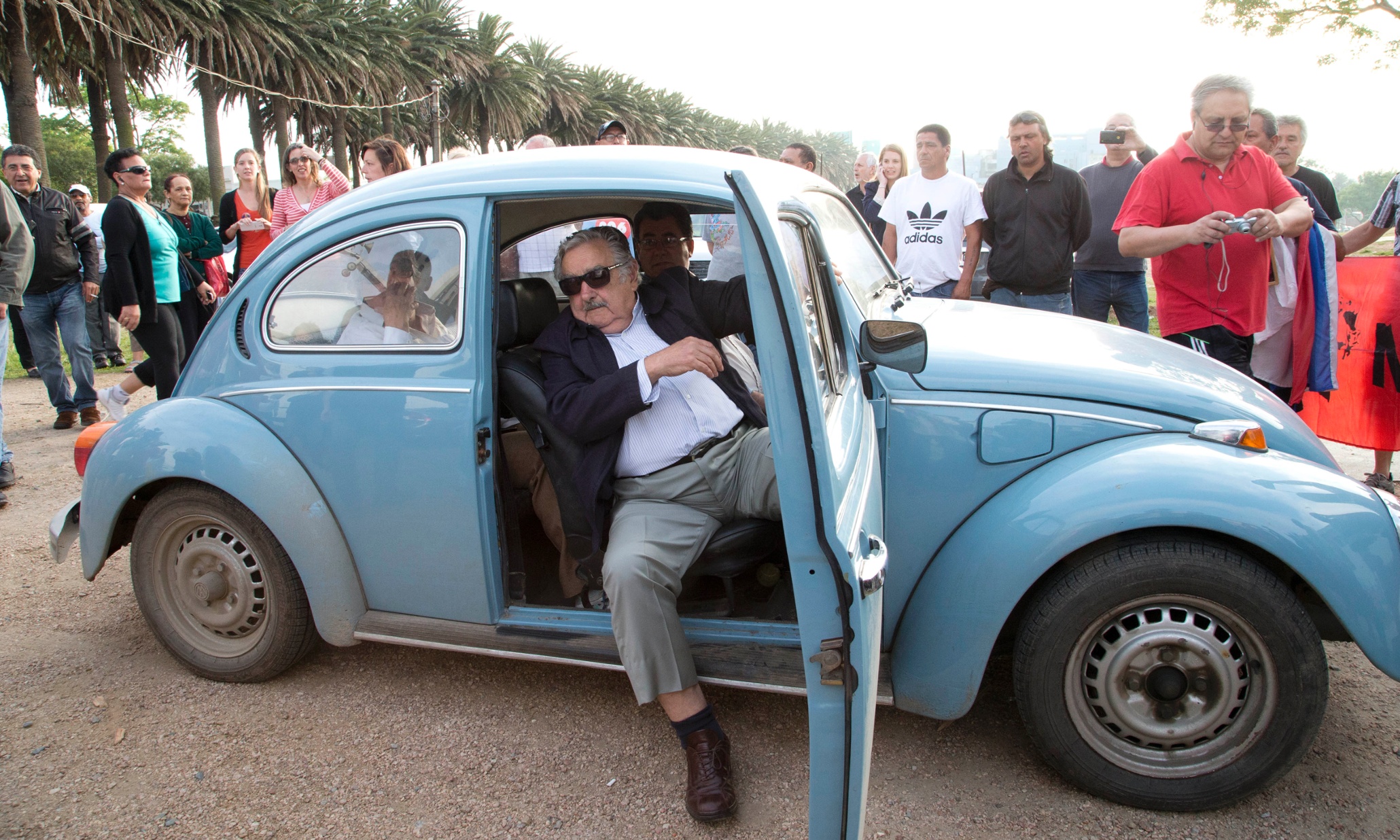 Top Gear crew ‘chased by thousands and ordered out of country’

“There were hundreds of them. They were hurling rocks and bricks at our cars. They were trying to attack us with pickaxe handles.

over a license plate that reminded people of the Falklands.

The Argentinians call the Falklands the Malvinas, but, all the same, look at this, 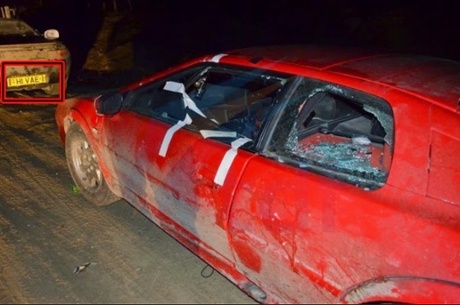 The locals had their two minutes of hate, and the lads needed police escort to get out of the country safely.

For the only accurate account of what happened in Argentina, read the Sunday Times tomorrow.

My latest article, Communism at work: Give up your car, is up at Da Tech Guy Blog.

In other related news, Maduro says he needs $15billion to rebuild the exhange system, which is the amount Hugo Chavez spent on weapons purchases three years ago.

As in Jean-Claude Van,

On second thought, the song is Only time,