Fox had the Republican presidential candidates last night; my impressions on it here.

And please Don’t call that a debate, it was a forum.

Juan Aranda, head of campaign in the Tachira State of the current presidential candidate, Henrique Capriles, was killed on tuesday morning, after been kidnapped by two individuals who were impersonating police officers.

This is a warning to Capriles: if you disavow or challenge the result of the April 14th election, you’re dead.

As I said yesterday, the election is rigged. Capriles, who is no fool, is campaigning, knowing this. His only tactic, after the results are in, would be to challenge the results.

Just yesterday National Assembly head Diosdado Cabello was saying that (starting at the 1:18 mark in the YouTube, my translation, if you use this, please credit me and link to this post)

“We want to make a healthy warning. Because for us, it’s very easy to have this information, locate each of these people, and we have located them, we know your names, last name, where they live, where they go, with whom they go, and in the moment they do, we let them do and we take action. Not a slap on the hand, no, drastic action against those who attempt to act against the nation’s peace and security.”

When asked how would anyone attempt to, Cabello specifically stated “by challenging the results of the election.”

Cabello says at the end of the clip,”We’re very clear on what we’ll do… we’ll do whatever we must do.”

UPDATE,
Linked by Neoneocon. Thank you!

Hugo Chavez idolatry as a campaign tactic in the 23 de Enero slum in Caracas:
Shrine to mourn and celebrate Venezuela’s Chavez,

“He is our saint of the poor,” says Eva Garcia, 45, who tends to the shrine each day after her shift at the local municipal offices as a community organizer.

As I predicted months ago, Chavez is joining Che in the Communist Idol show.

The Maduro campaign manipulates the poor’s ignorance and superstition,

To each and every visitor, Garcia hands out a copy of Chavez’s official agenda for the 2013-2019 presidential term he won’t complete. She also offers a handbill with Chavez’s last public remarks in December, in which he named Maduro his chosen successor.

The Maternity & Children’s Hospital in the Western Caracas neighborhood of El Valle (seen in the picture left) is set to finally be opened to the public after 23 years in construction (14 of them under current management).

If they followed the old custom and named it after the leader who started the job, they’d call it the Maternidad Carlos Andres Pérez Rodríguez Hospital. Ermm…no chance of that.

Meanwhile, Roy Chaderton, Venezuela’s Ambassador to the OAS, is bellyaching about the opposition’s unfair advantage in the campaign.

No birds were harmed in the writing of this post.

While we stress out waiting for Sandy, it’s time to talk about the inconsequential Madonna:

NEW ORLEANS (AP) — Madonna drew boos and triggered a walkout by several concertgoers after she touted President Barack Obama on her “MDNA Tour” in New Orleans.

Aside from the amazement that she’s still performing her shtick while well into the sixth decade of her life (she was born in 1958), the fact is that she got boos and a walkout over Obama while in New Orleans.

Maybe she should have kept her mouth shut in NOLA and worn a ballot dress at an Obama fundraiser instead.

Apparently internal polls have prompted the Obama administration in the last month to double down on the young and hip vote to ensure that this cohort turns out on election day to help stem the erosion elsewhere. Thus the president hits the celebrity shows, the cool radio venues; in punkish-style calls Romney a bulls****er; and now releases a video of a young hip woman (with a visibly large tattoo or bad bruise on her upper arm), Lena Dunham (ironically the identical last name as Barack Obama’s mother and grandparents), who in not so disguised terms Sandra Fluke–style equates her sexual life with voting for the president, emphasizing the young cool lifestyle of today’s 20–30-something unattached young woman.

Yeah, because Fluke herself was such a huge hit at her Obama rally…with all 10 people who turned up.

Meanwhile, this girl has 50,965 viewers on parody she posted a day or two ago,

Which brings us to Dan Blatt’s survey, the Creepiest Obama video competition

Which of these videos is this [sic] creepiest?
“Yes, we can” children from 2008
Lena Dunham’s First Time
Future Children Project

If you haven’t seen it yet, the Future Children Project, featuring current children,

is creepy enough to make a father of six say, Let’s Make These Children Cry; The Right Scoop has the lyrics, which start with

The kids in that vaguely remind me of these,

We’re the children of the future
American through and through
But something happened to our country
And yeah, we’re blaming you

You did your best
You failed the test

Mom and Dad
We’re blaming you!

Mark Steyn is thinking in terms of someone else’s retirement (h/t Roger Kimball),

Obama’s own cue balls shriveled. Biden had offered up a deft campaign slogan encompassing both domestic and foreign policy: “Osama’s dead, and General Motors is alive.” But, as the al-Qaida connections to Benghazi dribbled out, leak by leak, the “Osama’s dead” became a problematic boast and, left to stand alone, the General Motors line was even less credible. Avoiding the economy and foreign affairs, Obama fell back on Big Bird, and binders and bayonets, just to name the B’s in his bonnet. At the second presidential debate, he name-checked Planned Parenthood, the General Motors of the American abortion industry, half-a-dozen times, desperate to preserve his so-called gender gap. Yet, oddly enough, the more furiously Obama and Biden have waved their binders and talked up Sandra Fluke, the more his supposed lead among women has withered away. So now he needs to enthuse the young, who turned out in such numbers for him last time. Hence, the official campaign video (plagiarized from Vladimir Putin, of all people) explaining that voting for Obama is like having sex. The saddest thing about that claim is that, for liberals, it may well be true.

Both videos – the one faking Obamagasm and the one faking a Benghazi pretext – exemplify the wretched shrinkage that befalls those unable to conceive of anything except in the most self-servingly political terms. Both, in different ways, exemplify why Obama and Biden are unfit for office. One video testifies to a horrible murderous lie at the heart of a head of state’s most solemn responsibility, the other to the glib shallow narcissism of a pop-culture presidency, right down to the numbing relentless peer-pressure: C’mon, all the cool kids are doing it; why be the last holdout?

If voting for Obama is like the first time you have sex, it’s very difficult to lose your virginity twice. A flailing, pitiful campaign has now adopted Queen Victoria’s supposed wedding advice to her daughter: “Lie back and think of England.” Lie back and think of America. And then get up and get dressed. Who wants to sleep twice with a $16 trillion broke loser?

First saw it at PowerLine, Breitbart has the transcript, but Putin did it first,

Unemployment among women 18 to 24 is 12.8%. Forget #MyFirstTime, what about #MyFirstJob?

Having not only secured Putin’s endorsement , but also imitated his message (Putin called his U.S. counterpart “a genuine person”; Obama’s ad says “You want to do it with a great guy”), today Obama’s on MTV. 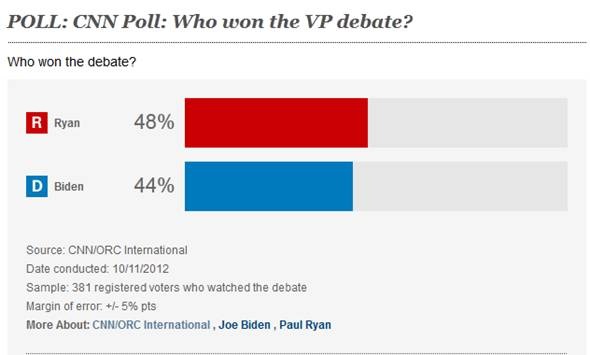 According to this Tatler commenter,

Which puts them in the top 30% of earners in the US. (More on sanitation worker pay scales here.)

a new era of politics. One where we can get any random person with a remote connection to a candidate to say negative things that conform to the latest narrative about that particular candidate

“My name is Richard Hayes, and I pick up Mitt Romney’s trash. We’re kind of like the invisible people. He doesn’t realize that the service we provide — if it wasn’t for us, it would be a big health issue, us not picking up trash.

“Residents do come out and shake our hands. Sometimes they give us hugs and thank us for the job we’re doing, hand us water and Gatorades. Tell us we’re doing a good job and keep up the good work. Picking up 15, 16 tons by hand, that takes a toll on your body. When I’m 55, 60 years old, I know my body’s gonna be break down [sic]. Mitt Romney doesn’t care about that.”

As it turns out, Mitt was the original undercover boss, working as a garbage man while campaigning for governor of Massachusetts,

One day I gathered trash as a garbage collector. I stood on that little platform at the back of the truck, holding on as the driver navigated his way through the narrow streets of Boston. As we pulled up to traffic lights, I noticed that the shoppers and businesspeople who were standing only a few feet from me didn’t even see me. It was as if I was invisible. Perhaps it was because a lot of us don’t think garbage men are worthy of notice; I disagree – anyone who works that hard deserves our respect. – I wasn’t a particularly good garbage collector: at one point, after filling the trough at the back of the truck, I pulled the wrong hydraulic lever. Instead of pushing the load into the truck, I dumped it onto the street. Maybe the suits didn’t notice me, but the guys at the construction site sure did: “Nice job, Mitt,” they called. “Why don’t you find an easier job?” And then they good-naturedly came down and helped me pick up my mess.

But did anyone hug him?

OBAMA CAMPAIGN: ‘VOTE LIKE YOUR LADY PARTS DEPEND ON IT’, but they “memoryholed” it.

Agree with @joebiden, the middle class has been buried the last 4 years, which is why we need a change in November #CantAfford4More

Headline: The Obama campaign asks women to vote with their ‘lady parts’. Can liberals get any cruder?

Quick Note: if my lady parts could pull a lever in a voting booth, I’m certain that I could also use them to secure my financial future by using them to manipulate any number of other things. Then it wouldn’t matter to me who won the election on November 6th.