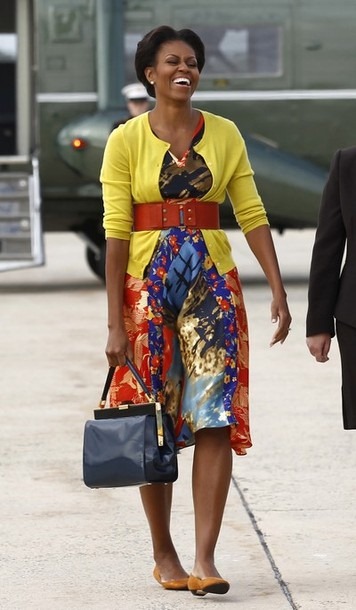 “There are also aspects of her that make me think of spirited Katharine Hepburn in Holiday, elegant Ingrid Bergman in Casablanca…”

“… wise and proud Greer Garson in The Valley of Decision, and adventurous Audrey Hepburn in Roman Holiday. Michelle Obama is not any of these characters, of course, but bears traces of the universal characteristics these women brought to life.”

You can’t make this up if you tried.

I don’t exactly remember how old I was the first time I saw Roman Holiday, but I know was in grade school. I wanted to grow up to be Audrey Hepburn, scooting about Rome with Gregory Peck.

Tonight TCM was playing Roman Holiday, and it’s even better than I remembered it. It’s a movie that would not get made today. For starters, while the chemistry between the two stars is palpable, they don’t have sex. They kiss passionately only once, and that’s just when they’re saying good-bye. And that’s that.

Then there’s the theme of duty. Not coincidentally, Roman Holiday was released the year after Queen Elizabeth II’s coronation. Princess Ann never once questions her role, to which she is bound for life. Unlike the modern-day Princesses Anne and Carolyn and Stephanie and all the others, the movie Princess Ann completely accepts her duty, after only a day’s worth of totally platonic fun.

And Princess Ann/Audrey is regal no matter what. She’s regal while sleeping in Gregory Peck’s pajamas, while getting a haircut, and while dripping wet right out of the Tiber.

They don’t make princesses as they used to.

Neither do they make journalists as they used to. Not only is Gregory Peck handsome, gentlemanly and kind, he’s also discreet and loyal. He throws away the story of a lifetime. And his photographer buddy Eddie Albert (bearded, and pre-Green Acres) hands Princess Ann/Audrey all the compromising photos, even when it cost him $5,000, which back then was the price of a suburban house in Levittown.

The Roman Holiday Rome is better that it ever was: Rome was definitely not as welcoming in real life as it was in the film. Roman traffic in the movie’s slightly livelier than here in the suburbs. The streets are clean and orderly. The Romans are delighted to oblige the Americans. The men are dashing. The women are beautiful. Everyboody is well dressed and polite.

Then there’s the elegance of it all. People observe the niceties as a matter of fact, as naturally and routinely as breathing – while properly breathing deeply.

Gregory Peck is obviously a lot older than Audrey Hepburn but that adds to the plot. You know he’s mature and he’s going to do the right thing: that’s why he’s Gregory Peck.

Of course Audrey Hepburn is fantastic, elegant, subtle, simultaneously delicate and strong, and little girls around the world will continue to want to grow up to be just like her.

Which is not a bad thing to want at all.

Here’s a spoiler for you- that kiss: