The news dropped over the weekend that Robert “Torque-your-mudder” Mueller is going to lay off the first charges in this phony PDT/Russia Collusion witch hunt. After 10 months where it has now been confirmed that that so-called “dossier” was a fabricated piece of fiction cooked up by a left-wing smear agency disguised as opposition researchers, and that said fiction was bought and paid for by a combination of a never-Trumper media outlet and Clinton & Obama, then disseminated by Hillary’s campaign and the Obama-corrupted intelligence/law enforcement apparatus, we now have a crooked cop who is up to his long neck in real corruption and collusion with the Russians to goniff 20% of our strategic uranium and payoff the Clinton Crime Family while covering it up about to railroad an innocent party and perpetuate the lie that Trump is illegitimate and attempt to overthrow the 2016 election.

I apologize for my William Faulkner imitation with that sentence, but a run-on seems the only way I could get that all out. Robert Mueller should have been fired months ago. Actually Snoozy McSnoozerson should never have recused himself and then allow Deep State insurrectionists like Mueller, Rosenstein, McCabe and all the rest to have metastasized to where we are today. Water over the bridge. Mueller must be fired immediately, no matter what the political fallout may be. In any case the media, Democrats and their RINO confederates have been so thoroughly exposed that I expect a majority of real Americans would cheer the firing and amp up the cries for real justice to be visited upon Hillary Clinton, Barack Obama, Loretta Lynch, James Comey, Mueller himself and anyone connected with Uranium 1 and the Clinton/DNC e-mail cover-up. We are rotting from within and if justice is not done, as I fear it will not be, it will be a cancer on our society with extremely dangerous repercussions.

Blogging on LatAm shall continue later.

Whoever leaked news of the indictment to CNN [last Friday] is guilty of serious wrongdoing. That’s a big story too, but CNN isn’t going to help us out on that angle.
. . .
the charges, while “not immediately clear,” do not appear to have anything to do with “collusion.”

The Manafort Indictment: Not Much There, and a Boon for Trump

Text of the indictment below:

END_OF_DOCUMENT_TOKEN_TO_BE_REPLACED

4 Russian Roles Dmitri Hvorostovsky Made His Own

Unrelated:
I watched Florence Foster Jenkins recently and it was funny but painful to listen to.

You decide which is more empowering. Read my post, Math is white privilege?

I’m fighting a cold and won’t be posting until I feel better.

According to the post, there were three sources of funding:
The unknown first client,
The second: Hillary/DNC,
The third: The FBI, who apparently offered, but didn’t, pay.

Read my post, It’s official: the Dems paid for the Trump-Russia dossier 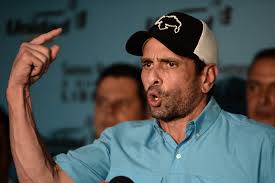 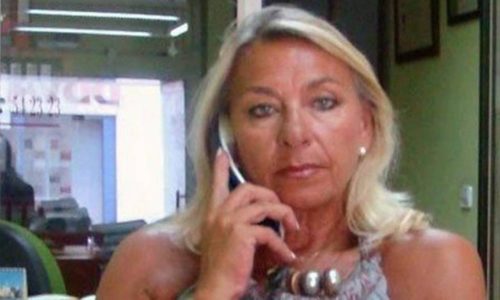