Which Women Were Given Hope?

It’s Official: #Blacklivesmatter Is Above The Law

The EU, Jews And Hypocrisy

The Ghost of Trayvon Martin Takes a Knee

Are food allergies an analogy to breaking the NFL habit?

The latest on Cuba, volcanos, North Korea, and assholes – read all about them! 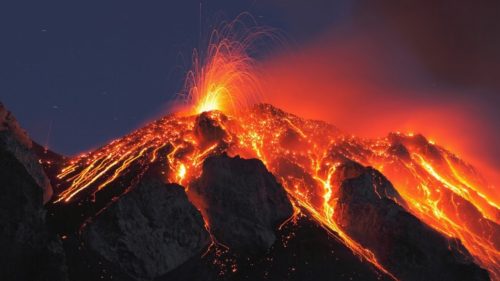 Read my post, While we were talking about football.

Someone tell the WaPo,

Hey @WashingtonPost, everyone in Puerto Rico is American. pic.twitter.com/BHgzYS0PDw

It only rains once every 5-10 years in Chile’s Atacama desert,

It is the flowering desert, a natural spectacle that occurs every five or 10 years due to the unpredictable phenomenon of El Niño, which warms the waters of the eastern Pacific Ocean. The evaporation of these warm currents on the coasts of Chile causes abundant rain in the Atacama Desert, which triggers the germination and flowering of more than 200 native plant species that have been hidden for years under gray soil, waiting for a few drops of water.

Since he was elected president almost two years ago, former Buenos Aires Mayor Mauricio Macri is delivering on his promise to reverse the runaway cost of living and peril of default. He ended currency, price and trade controls and plans to eliminate the energy subsidies of his predecessor, Cristina Fernandez de Kirchner, that ballooned the deficit and ushered in the boom-and-mostly-bust cycle that 44 million citizens equate with modern times.

To be sure, the risk of Kirchner’s political comeback remains. Between June 24, when she announced her candidacy opposing the Macri government, and Aug. 13, when she faltered in the primaries, credit-default swaps, which measure the perception of creditworthiness, deteriorated 13 percent before improving when the votes were known. The yield on Argentina’s benchmark sovereign debt similarly climbed before returning to a level below its June 24 mark two days after the primary votes were disclosed, data compiled by Bloomberg show.

The Argentine stock market, by contrast, showed none of the bond market’s anxiety over Kirchner, and the Argentina Merval Index of 22 companies continues to reach new highs this year. The peso also has stabilized with the receding Kirchner threat, and after the primaries had its biggest one-day gain since April, Bloomberg data show.

Read the whole thing. Macri has his work cut out for him, but if he can “create a sustainable tax base that will inspire enough foreign direct investment”, in Winkler’s words, the country will be better poised for growth.

Most importantly:
Puerto Rico must, in order for any rebuilding to work, embrace full transparency and accountability, and end corruption. That is a bigger task than any rebuilding.

YESTERDAY’S POST
In addition to all the aide en route to and already in  Puerto Rico, in the very short term the best thing the Trump administration can do is to waive the Jones Act (a.k.a. Merchant Marine Act of 1920).

Pres. Trump is visiting PR next Tuesday. I urge you to call the White House at Comments: 202-456-1111
Switchboard: 202-456-1414, and email, right now urging the President to suspend the Jones Act during this emergency.