Noisy Room and Memri have the story:

In April of this year, Maduro’s Defense Minister paid an interesting visit to Moscow. Vladimir Padrino Lopez the Defense Minister, would meet his Russian counterpart, Sergey Kuzhugetovich Shoygu, at the Conference on International Security,

In his speech at the conference, Padrino López expressed Venezuela’s concern over the cooperation agreement signed between Venezuela’s neighbor Colombia and NATO, in order to fight “organized crime.” “NATO has a sad history of warlike actions in the past… NATO is an organization with high operational character and a history of aggression,” he stressed.[6]

Not much is known for Shoigu, the man who is supposed to lead Russia after Putin steps down as president. 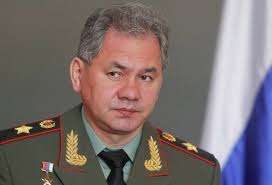 If the name sounds familiar, Shoigu is the guy who said in 2014 that Russia intends to install military bases in Vietnam, Cuba, Venezuela, Nicaragua, the Seychelles, Singapore and several other countries.

In Venezuela, Maduro depends on Russia, Iran and Syria for financial and strategic backing.

The opposition to Mr. Maduro also is up against an array of international antidemocratic forces. The cabal is run by Cuba on the ground but backed financially and strategically by Iran, Russia and Syria. These countries have been preparing for many years for a conflict that would establish Latin America’s “new world order.” They would also welcome the inevitable refugee crisis.
. . .
Russia supplies arms to Venezuela. In November the Kremlin sent new aviation and air-defense technology to Caracas. Reuters reported in May that Venezuela now has “5,000 Russian-made MANPADS surface-to-air weapons,” representing “the largest known stockpile in Latin America.”

Meanwhile, here in the U.S. the major media outlets carry on with a RussiaRussiaRussia narrative for which there is  no evidence.