“He who opposes a dictatorship must accept civil war as a means. He would recoil from civil war must give up opposition and accept the dictatorship.”

Post-vote my sources tell me opposition is well armed &will target N. Guard…#Venezuela could take a bloody turn. https://t.co/4yiF8nCuwF

My closing was delayed and I’m still in transit, but here’s Jonas,

In memory of the great Richard Wagner and mindful of their own Wagner tradition, the Staatskapelle Dresden staged this glittering gala concert in the Semperoper on the eve of Richard Wagner’s bicentenary. They were directed by their principal conductor Christian Thielemann, indisputably one of the great Wagner conductors of our time, and he was joined by the hottest young heroic tenor of recent years, Jonas Kaufmann. The programme features the overtures to the Wagner operas written and premiered in Dresden – 1842 Rienzi, 1843 The Flying Dutchman and 1845 Tannhäuser – as well as great tenor scenes from Rienzi, Tannhäuser and Lohengrin. Star tenor Jonas Kaufmann was celebrated with bravos and tumultuous applause – as were the musicians and Thielemann

At the NYT: “As Venezuela Prepares to Vote, Some Fear an End to Democracy”

Democracy is dead in Venezuela, and has been for a while.

Where was the NYT ten years ago when Chávez shut down radio and TV stations?

“Confederate”: Both HBO and its doubters double down on racial canards

The Day The Press Lost Its Power

Obamasurance, a Leak in the Republican Party’s Ark?

WoW! Forum: How Would You Rate Trump’s Performance After Six Months?

A gun: Not just the great equalizer but also the great civilizer

Ayn Rand’s Children of the Damned, a 1971 Prophecy Fulfilled

On race and gender, Democrats have always embraced the Big Lie

I’ll be away from internet connections for most of this week, so blogging will be lighter than usual.

Thank you for your support!

in Minsk! in Russian!

Special thanks to Judith. 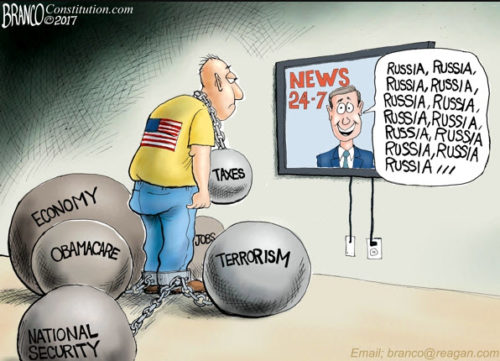 Read my post, The media and the Trump presidency: The first six months

Senators voted separately on each of the three cases in which women would be allowed to have an abortion:

According to the report, “Abortion in limited cases was legal in Chile until 1989, when it was completely banned under the rule of Gen. Augusto Pinochet.”