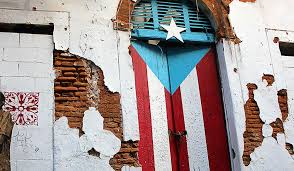 It looks like U.S. taxpayers will be footing the never-ending spending, says Logan Beirne,
Don’t Buy the Denials, Puerto Rico Is Being Bailed Out (emphasis added)

Not only has Congress never before established a stay on creditor litigation, but Speaker Ryan’s desire to strip bondholders’ legal rights gives the Oversight Board the ability to extend the stay past the February 2017 deadline at its own discretion. By allowing the Oversight Board to implement a cramdown and extend the stay, the bill would enable Puerto Rico to pay other expenses, such as government pensions, ahead of general obligation bonds and for that matter, any bonds, without any legal recourse to protect their investments.

In essence, the bondholders will front the money for the bailout while taxpayers would have to pay them back for this cash advance.

The possibility of this taxpayer bailout scenario is strengthened by the fact that not only has Congress twice affirmed Puerto Rico’s constitutional debt hierarchy, and that there is precedent for successful claims when Congress changes rules in a manner that significantly disrupts investors reasonable investment-backed expectations, but also the Tucker Act also waives sovereign immunity with respect to takings claims.