Four Venezuelan cities are in the list of top-ten deadliest (not including areas considered to be war zones), while Caracas tops the list. Acapulco, Mexico is #2.

Worse yet, “Forty-three out of the world’s 50 most violent cities are in Latin America and the Caribbean.”

Forty-three out of the world’s 50 most violent cities are in Latin America and the Caribbean, according to an annual report by Mexico’s Citizen Council for Public Safety and Criminal Justice (CCSPJP). The list does not count cities currently considered to be in combat zones.

The Igarapé Institute in Brazil has confirmed this situation, noting that 14 out of the 20 countries with the highest homicide rates are in the same part of the world.
Latin America and the Caribbean are home to eight percent of the global population, yet account for 33% of homicides.
Venezuela has the dubious honor of being the only country with four cities in the top 10, with the capital, Caracas, leading the world ranking at 130.35 homicides for every 100,000 inhabitants.

The 10 most dangerous cities in the world, according to the CCSPJP, are the following (figures represent murders per 100,000 residents):

Filmed in a double-billing with Trial by Jury at the Opera Australia at the Melbourne Arts Centre in 2005, this production of HMS Pinafore by Sir Arthur Sullivan and W. S. Gilbert combines a luminous cast and impeccable orchestra with spirited direction and plenty of good fun. 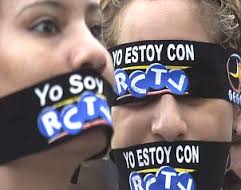 Prior to Hillary’s rant, the only Macedonians I ever heard of were Alexander the Great’s thundering hordes, who took over a large chunk of land from 334-323 B.C.

Alexander wept, and so did Hillary, but for different reasons.

Read my post, Hillary: All this, and Macedonians, too. 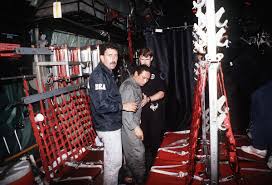 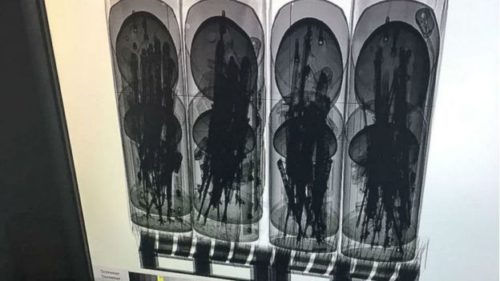 The FARC guerrillas won’t meet a May 29 deadline to hand over their weapons under the terms of last year’s peace accord with the Colombian government, a rebel negotiator said on Friday.

The Marxist guerrilla will have an additional 20 days to hand over its weapons and an additional two months to reintegrate into society amid delays and foot-dragging:

Among the key problems is that shipping containers, where the weapons were to be stored, haven’t been installed at some of the camps. The government also said that hundreds of weapons caches identified by the guerrillas were in areas too remote to be reached by the deadline.

Santos downplayed the delays Monday, saying they were “nothing, if it means ending 53 years of conflict, violence and fratricide.”

When Goldman Sachs essentially sent the communist regime a US$2.8 billion lifeline, I said,

A Japanese investment bank has admitted it was part of a controversial deal with Goldman Sachs to buy Venezuelan government bonds.Nomura Securities said it also bought about $100m worth of the bonds last week, according to Reuters reports.
. . .
Reuters reported that Nomura said its purchase had cost $30m.
Goldman said its asset-management arm acquired the bonds “on the secondary market from a broker and did not interact with the Venezuelan government”.
. . .
Even at 31 cents on the dollar, Nomura is taking a risk buying the bonds. In November, its own head of Latin America fixed-income strategy, Siobhan Mordan, warned investors: “The bottom line for bondholders is not if, but when is the timing for debt default?”

When? When the debt pyramid collapses, that’s when.

Goldman Sachs, apparently, was unaware that: 1) Historically, when a political party is forced out through revolution, coup, or other extralegal means, the new government does not always pay the debts incurred by the old one, and 2) It is strategically beneficial to the opposition party in Venezuela to deny payment to Goldman Sachs.

Wald assumes the current regime can be ousted, Maduro or no Maduro. For the time being, that’s unlikely.

UPDATE
About the pyramid,
WSJ:

Nomura was approached by the same intermediary, the London subsidiary of a small broker, Dinosaur Merchant Bank Ltd., some of the people said.

Goldman bought the bonds for an emerging-market fund it manages on behalf of outside investors. Nomura bought the bonds through its broker-dealer, which will seek to sell them to clients at a higher price in the coming weeks, the people said.